How Battle for Azeroth is changing gear 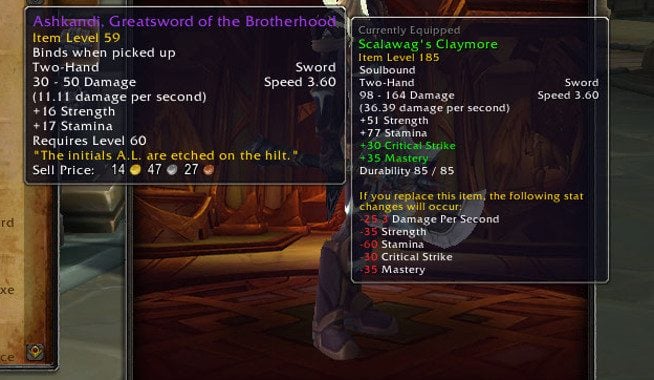 If you’ve been paying attention, you’ve noticed that there’s been some talk about the Item Squish in Battle for Azeroth and especially on the current alpha. It’s substantial. Wowhead’s Anshlun wrote up a post detailing how the changes will feel moving from Legion to Battle for Azeroth. It makes a lot of sense, because that’s where most players are going to be when the expansion drops. But what about low levels going from 20 to 60 on your Zandalari or Dark Iron? Well, we can make some statements based on what we see in the Dungeon Journal. But first, let’s look at Anshlun’s points about Legion gear and its item levels in Battle. 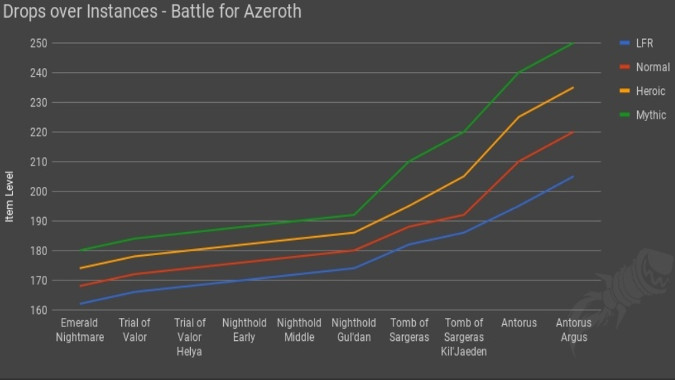 Currently the top ilevel in Legion is ilevel 1000 for legendary drops. That becomes ilevel 280 in Battle for Azeroth. There’s a great chart that covers all the raid tiers from Emerald Nightmare all the way up to Antorus. What’s clear is that there’s also a great deal of ilevel squishing in raiding. Emerald Nightmare LFR starts at ilevel 162. Every tier of difficulty adds another six ilevels. So Normal is 168, Heroic is 174 and Mythic is 180. This pattern follows in Trial of Valor, starting at 166, and Helya starting at 168 and again adding six ilevels with each difficulty increase to Heroic, Normal and Mythic.

Nighthold has three levels of gear. Early bosses start at 170, later bosses at 172 and Gul’dan at 174. In Tomb of Sargeras, this pattern starts to break up. While LFR Tomb starts at 182 and Normal is at 188, Heroic jumps seven points to 195. Mythic then jumps to 210. Similarly, LFR Kil’jaeden is 186 and Normal is 192, but Heroic is 205. Mythic Kil’jaeden is 220, jumping up by 15. Antorus LFR starts off at ilevel 195 with Argus LFR at 205. Each difficulty from Normal to Heroic to Mythic adds 15. Argus Mythic gear is the highest gear you get outside of legendaries at ilevel 250.

This means you’ll see less of a jump in power going from LFR to Mythic Nighthold. This is good for people who come back to Battle for Azeroth after time away from Legion who won’t necessarily have the best raiding gear. People who don’t raid at all and currently run around in Argus WQ/purchased gear at around 920 to 930 ilevel will likely end up between 205 and 220 ilevel. That puts them at Tomb of Sargeras in terms of overall power. 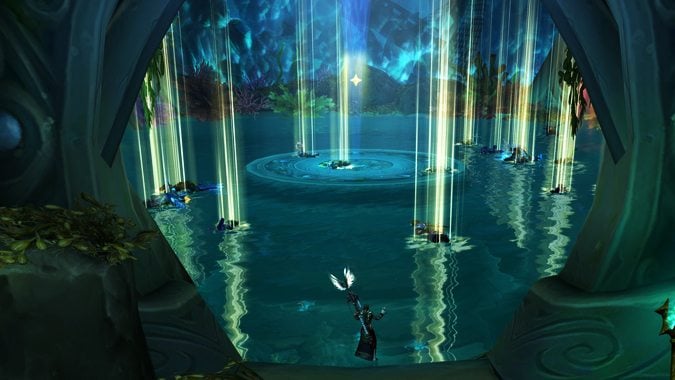 One of the important points of the summary is how it’ll effect scaling going from Legion and into Battle for Azeroth. Anshlun makes an excellent point that they’re not just compressing overall ilevels down to a much smaller window — from the current 1000 or so available ilevels down to 280 with a potential for 500. The point is made that we likely won’t get that high. And with that compression there’s an effort to make secondary stats increase in a linear fashion instead of as they do currently.

At present, the base item level of a piece of armor will greatly increase how much of your secondary stats you get. This causes people to greatly favor one stat over others because you can get extremely high values. In Battle, you’re looking at a linear increase from ilevel 280 (Legion high end gear) onwards. Values will still need more of a stat to increase as you level, but the values won’t inflate nearly as quickly meaning that you’ll see a much less radical shift upwards in power as you gear up. Primary stats are basically unaffected by these changes.

It’s actually hard to talk about leveling right now. At present, you can’t roll a level 1 of anything. All gear is scaling up to its maximum level, the level it would be if you ran that content at level 60. But basically, all dungeon gear scales up to ilevel 58, meaning that it likely scales up on a level by level basis. If you’re level 32 you get a level 30 item, where if you’re level 60 you get a level 58. Even Sulfuras is level 58 on the alpha, meaning that it is roughly as good as any dungeon blue you’d get if you were level 60. Most of Blackwing Lair gear is around this power level. Nefarian drops are an exception at level 59, and most of AQ 40 gear is ilevel 59 with C’thun being at ilevel 60.

Because all of these drops scale to some degree it’s likely you’ll upgrade as you level. But the differences between items will be extremely minimal. The gear you got at level 34 will be around 5 DPS compared to the 10 DPS 2h you get at level 59 before you head to Outland. All the quest greens on Outland will quickly overshadow old raid epics and legendaries. Since that stuff is meant to be leveled through and forgotten, or only farmed for its looks, it’s not surprising. But if you thought it was weird that you could wear the same gear forever after the last item squish, get ready for an even more surreal experience.

Of course, this is all alpha and we’re still a ways away from seeing the final implementation of it, but it’s worth look at now. Thanks to Wowhead and Anshlun for all their hard word on the data.