The Queue: This is an honest crisis 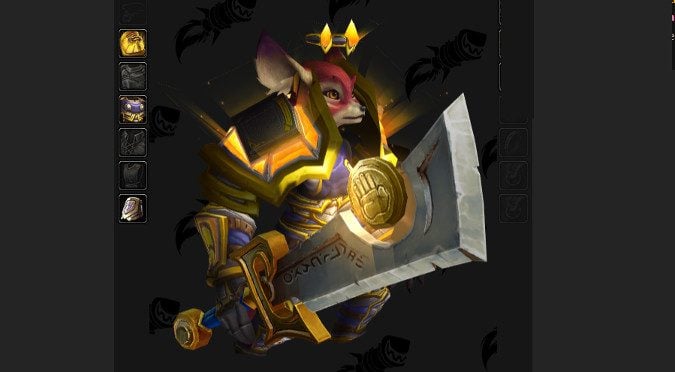 I think Rossi hit the nail on the head this morning with his post about Vulpera. They are super precious and I desperately want to play one. And with the work Blizzard is putting into their customization options, it’s starting to seem likely they’ll be an Allied Race one day. But when? Where? How? I must know.

And when I do know, I will be faced with a conundrum: what about my equally adorable Gnomes?

Truly, it will be a crisis. (Unless they never become a playable race in which case dang is Blizzard doing a lot of work on NPC races.)

But instead of panicking about this, let’s get on to the Queue.

qftq: do you think you are going to need a horde and an alliance char to understand the history in BfA? in Legion apart for the beggining cinematics i was good with only one char

In Legion, it felt like you had to play every class to understand the full story of the expansion. And in some cases not just every class, but every spec to see their opening quests.

But it varied tremendously. For example, I found the whole Monk campaign to be rather pointless, without any impact on the story as a whole. It was a lengthy quest so we could make some beer with which we would vanquish our enemies. Which, okay, great, but is this actually different from every day as a Monk? But on the other hand, Paladins get a story about Tirion that carries on from the starting Broken Shore scenario. (And even playing as a Paladin, I did the Holy quest first… and an important chunk of story was in Retribution.) Death Knights get a crazy story about the Lich King that genuinely makes me fear for the future of Azeroth. Shaman got to unite the elemental lords to fight the Legion. There are some really epic moments that are packed with lore figures… and at least some of them feel like they’ll have weight on the game as a whole.

I haven’t done the class quests for every class, but I am working on them because I suspect you get the whole story without them. (Unless I’ve already done the interesting classes. I don’t know.)

With Battle for Azeroth will be similar in that no one will see every piece of the puzzle. Just instead of every class getting a unique story, it’s the two factions. With the divide between them, there’s just no way they could follow the same storyline through the expansion, especially since we won’t share leveling zones.

Q4tQ: I often throw this in with all of my many, many opinions about the faction divide, as I’m quite convinced, but I think asking others opinions would make for interesting discussion:

Is some form of softening of the faction divide “needed” as a future proofing move for the game? I often assume this because it just seems counterproductive to me to basically cut the community in half for everyone. Assuming the factions themselves will always exist for the sake of the brand and for PVP functionality (both important factors to the game), would it not functionally benefit the game to share PVE queues with the other side, or perhaps allow faction agnostic PVE participation within one’s Battlenet friends? I know that my heart says yes, but in a rare moment of acknowledging that maybe I don’t have all the answers (don’t worry, it’ll pass. I just didn’t sleep much last night) I thought it was worth asking.

Is this really as necessary a future proofing move as I usually zealously proclaim? What happens when the community inevitably slows down to smaller numbers, not so much “dead game” levels but “we’d be fine if we weren’t dividing everyone” has to be in the game’s operational future.

I think this is an interesting point in light of my answer above. The more factions we have, the more complicated the story line becomes. To some extent or another, the Alliance and Horde have always fought, and that means each side has its own motivations and its own story. More in this expansion, less in that expansion, but there’s always a difference since they’re coming at things from a different angle… and coming into conflict because of it.

If there was any expansion to soften the faction divide, it would have been Legion. Both factions were working together closely within the confines of their class… but even as we shared a class hall we couldn’t speak or play together. If Blizzard didn’t do it now, I think doing it in the future seems less likely.

But while it would be complicated story-wise (especially in the combative narrative of Battle for Azeroth), gameplay wise, a neutral faction or other weakening of the faction divide makes a lot of sense. It would let more friends play together. It would even out population imbalance.

I’m just not convinced Blizzard will do it… or how they would do it after so many years of ORCS VS HUMANS.

How likely would it be for you to roll a murloc, should they ever become a playable race?

I would totally roll a Murloc, and would expect them to have ridiculous helmets and giant weapons like Murky. (But I still want Vulpera more.)

Q4tQ: What has your feelings being on the recent additions and changes to levelling and have you changed your play-style with the way Blizzard has changed the game? The reason this made me think was due to the ConsolePort addon mentioned in this very Queue (previous if this gets answered of course. :D) which is arguably pretty darn awesome in my opinion and when set up correctly really does make WoW feel like a couch RPG.

It’s only really changed my gameplay in that I’m finishing zones… which is a lot more satisfying that doing half a zone and then hopping to the next because I’m not getting experience anymore. I find myself playing through quests that I haven’t played through in ages, because they’re at the end of a zone and I’d always zoom past them. It makes the game more narratively satisfying by a long shot.

But as to the actual mechanics? I’m doing the same stuff I always was, but there are certainly some interesting things shaking the game up. The Voice Acted Quests project was interesting, but Blizzard just shut it down. ConsolePort is certainly interesting (and I was watching the tutorial Bellular posted about it yesterday), but honestly… if I wanted to play an action RPG, I’d just play a different game. I really find the ability to play quest zones through a big step forward in gameplay and I’m having fun with it. YMMV.

Do you think that having a crafting squish would help get people crafting items again – fewer materials, fewer recipes, more utility maybe?

I think it’s going to depend less on the squish itself and more on the utility and ease of leveling. Right now, by the time you can craft the best gear, it’s not the best gear for you. You could always craft it for alts or to sell on the auction house, but it’s hard work to level and you wind up with gear that doesn’t have a ton of value. It’s also a problem that seems worst for gear, especially this late into the expansion when we all have much better gear than we can craft.

But for professions that make gear, all of the gear has felt that way this expansion. By the time I could make good gear, I’d leveled past it. I can craft Legendaries now, but I already have better. It’s hard to level and collect recipes, and by the time you’ve gotten them, you don’t need them.

But that’s a balance problem, too. Blizzard can’t make professions super easy and also give you amazing gear. So where’s the happy medium? In Warlords, crafting was easy (maybe too easy). In Legion, crafting is hard (and I definitely think too hard). Here’s to hope Battle for Azeroth finds a happy medium somewhere. (Fingers crossed, at least.)

And that’s it for the Queue today, folks. I hope you’re having a lovely Wednesday, and barring catastrophe I will see you back here this time next week.