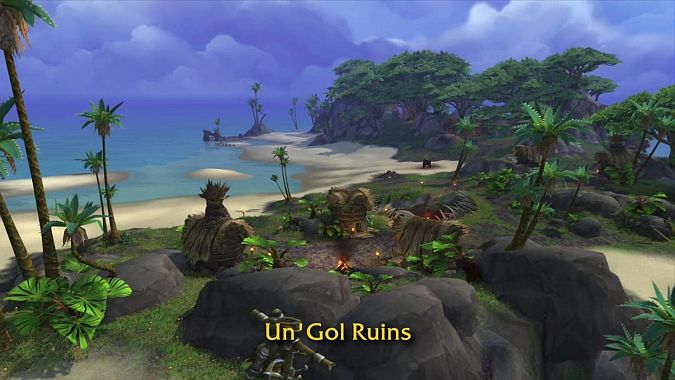 The latest alpha build for World of Warcraft: Battle for Azeroth added in more than just the usual slew of datamined models and broadcast text — it added Island Expeditions. What are they? Well, Blizzard probably said it best (I mean, it is their game and their test):

Originally Posted by Muffinus (Official Post)
The goal of an Island Expedition is to collect Azerite. The first team to 6000 Azerite wins.
A group of NPCs from the opposing faction will also be present, competing with you for the Azerite.
Many things on the Island reward Azerite: chests, Azerite crystals, powerful creatures, friendly NPCs in need of aid, killing enemy NPCs, and more.
You’ll find things you can interact with, scattered all across the Island to help you.

In simple terms, Island Expeditions feel like a revival of the 3-person scenarios we had back in Mists of Pandaria, with an added element of a competing set of player-like NPCs. That last bit is definitely a highlight, but before that, here’s Anne and myself actually playing through a couple. The first one is Horde side and starts near the 18-minute mark, while the second is Alliance and starts about 54 minutes in. In both cases, the Expedition took a little under 20 minutes to complete.

What I immediately noticed about the Island Expeditions was that enemies were tough. Like, either “don’t pull a lot” or “best bring a healer” levels of tough. Granted, tuning is usually done toward the end of testing — and there are multiple difficulties planned for Expeditions — so I wouldn’t take the current iteration’s toughness at face value. However, the plethora of Azerite sources is something to look at.

Searching for Azerite isn’t just a matter of finding actual Azerite nodes to mine — you get it from killing enemies, saving allies, looting treasures, completing special events, and more. It’s a lot, and it keeps things interesting. Everywhere you turn, you’ll probably find Azerite. That includes from the enemy NPCs, whose Azerite value increases the longer they’re alive. And if you’re Alliance, you know who those enemy NPCs include? 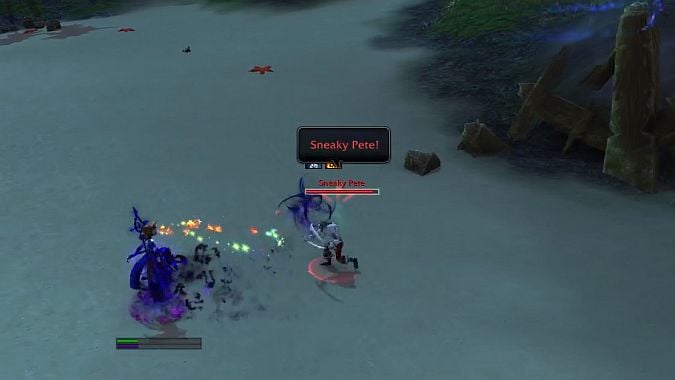 All your Rogue nightmares wrapped up in one

Sneaky Pete is the most glorious NPC added to the game in a long time. Imagine T’Paartos crossed with every PVP Rogue nightmare you’ve ever encountered coated in a lot of jumping. Sure, it might sound frustrating — and it can be — but it’s also too hilarious to actually be mad about. Sneaky Pete is constantly pulling out all the various Rogue tricks to CC you, interrupt you, steal your loot, and, of course, kill you. He will Vanish if he gets low on health and come right back into the fray to mess up your day. And he’s yelling “Sneaky Pete!” the entire time.

I can’t overstate how hilarious fighting him is. His notoriety spread incredibly fast, and if you give the Alliance portion of the video a watch, you’ll see exactly what I’m talking about. But even the non-Pete NPCs have incredibly smart AI, and it makes them feel like real players.

Most notable in this regard is how they’re constantly jumping for no real reason, but it goes beyond that. They’re just… smarter. Maybe if PVP isn’t your thing, you won’t be as big a fan, but I was thoroughly impressed.

We’ve only just begun testing Island Expeditions. More zones are planned, and several aspects of Un’Gol are clearly in early states. But what is there is fun, and feels like another solid activity to do once you hit max level. Whether or not doing them regularly will get old remains to be seen, but I’m all for more stuff to do, even if I have to rotate among them to keep from burning out.