Yes, First Aid is going away in Battle for Azeroth 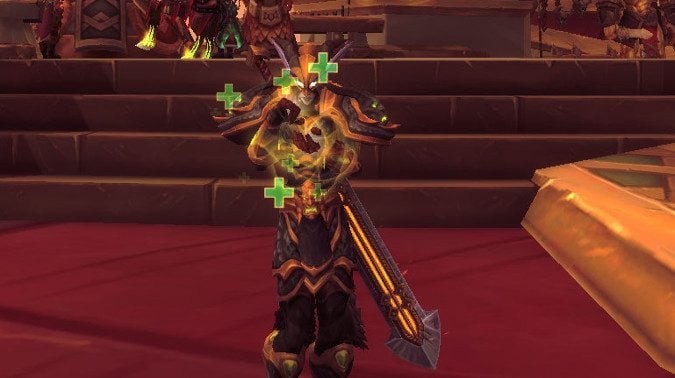 Sorry, First Aid fans, but it’s now confirmed: First Aid will be going away in Battle for Azeroth. First Aid is already gone on the alpha, with its recipes moved to Tailoring. Still, that’s the alpha: changes come and go and nothing is necessarily permeant. However, a tweet from WarcraftDevs confirms that the change is intentional, and offers clarification on just what will happen to our First Aid skills.

In Battle for Azeroth, any crafts you’ve learned in the past will still be there and not need to be re-learned, with the exception of First Aid. Tailoring and Alchemy crafts, bandages, and anti-venoms that used to be in First Aid will have to be re-learned. https://t.co/rd3ugV8Rqo

So the final word (at least for now) is that First Aid is really gone. Tailoring and Alchemy will both reap the rewards (such as they are) of its demise, with the ability to craft bandages and anti-venoms of their own. The remaining question is whether these items will still be open for anyone to use — but as of right now, the two bandages in the alpha have no profession requirement. That will be nice, since bandages can be very handy for classes without healing skills.

I’ll certainly miss First Aid, but I must say that after its implementation in Legion I’ve become accustomed to not using it. Bandages in Legion are simply terrible. Silkweave Splint, the best bandage at present, heals for just 528k — which doesn’t count for very much when my moderately geared DPS Monk has well over 4 million health.

While secondary professions aren’t meant to be too powerful, let’s look at First Aid’s competition in healing: Cooking. Even Nomi’s sad burnt food heals for 1.4M health. (So next time you set off the smoke alarm burning microwave popcorn, remember that burnt food isn’t so bad.) Food that is actually decent, like the tasty Seed-Battered Fish, is a lot better: it heals for 2.4M health and gives you +375 Versatility for the hour. (Fish and Versatility are both delicious. Don’t judge me.) Yes, you do have to be out of combat to eat, but considering bandaging is interrupted by damage, it’s pretty hard to use in combat, too. Silkweave Splint heals 66k health per second over 8 seconds… so if you manage to get a tick of it off in combat, you’re hardly making a dent in your health.

And in the alpha, the two bandages available to Tailors — Deep Sea Bandage and Sun-Bleached Linen Bandage — are pretty dang powerful, though they may not look it. The Deep Sea Bandage heals for 17k and the Sun-Bleached Linen Bandage heals for just 10k. That sounds pathetic, but remember that Battle for Azeroth has a pretty serious stat squish. Right now pre-made 110 characters on the alpha (who have pretty modest green gear) start at around 14k health. In this new stat-squished world, those bandages are going to be fantastic.

In the end, I think it’s a good change… and it’s one less profession you’ll have to level.

Blizzard Watch is made possible by people like you.
Please consider supporting our Patreon!
Filed Under: Bandages, Battle For Azeroth, First Aid
Advertisement