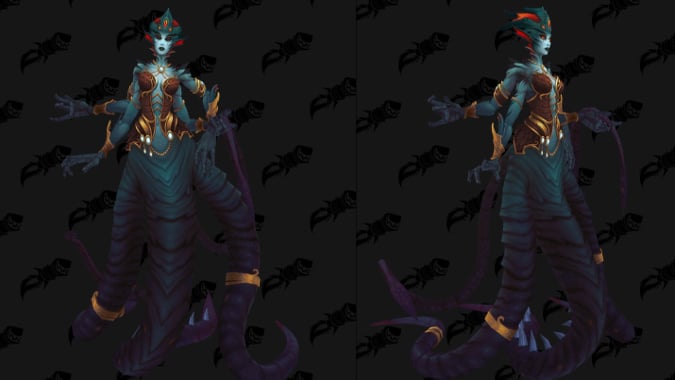 As is always the case, Wowhead has datamined up a new host of broadcast text from Battle for Azeroth‘s alpha that goes into detail about quite a lot. Rather than try and bury you in all of it, I thought we could talk about the tantalizing glimpse of Queen Azshara in the latest round, because between the new model for the Queen and this new presence in the story, I’m starting to hope that Battle for Azeroth might turn out to be the Queen Azshara expansion I’ve always wanted.

Note: This is all based on datamined details from an alpha test of an expansion, and it’s all subject to change. Also, everything from here on out is a spoiler. Be warned and don’t assume too much. 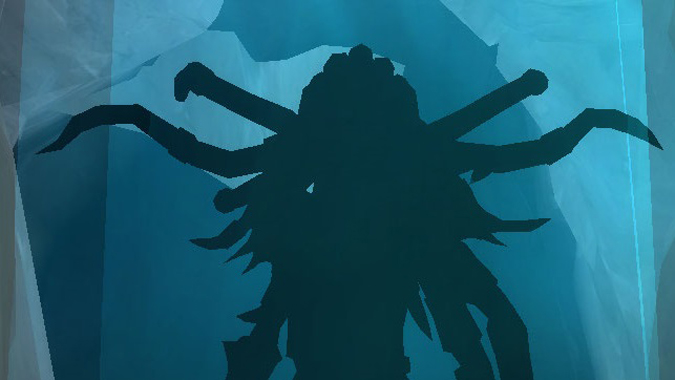 One of the more tantalizing story beats we’ve seen unfolding in Battle for Azeroth is that Queen Azshara is behind a lot of the troubles besetting the Zandalari Trolls. She seems to be working with the Prophet Zul — or someone close to him — for example. But now we see evidence that she’s working with dissenters in Kul Tiras as well, as this bit of text seems to make clear:

It would seem you have guests, Lord Stormsong.
You dare to interfere in my affairs? What makes you think you can oppose my will?
Drown these insects, my children. Show yourselves worthy of my pride.
Enjoy this victory. It will be your last.
How tenacious! Feel honor in your accomplishment of living long enough to face my pride.

Lord Stormsong is the head of House Stormsong, the rulers of Stormsong Valley, so Azshara having any sort of cordial interaction with him is a big deal. We’ve already seen signs of Azshara being involved in the attempted coup in Boralus, so this just confirms that Azshara is up to no good in both faction’s leveling experiences. She’s not the central figure, but she is an important one, and she’s infiltrated the ruling elite of both the Zandalar and Kul Tiras governing bodies. Since both nations are so sea-focused, it’s not surprising that there were figures on both sides willing to turn to Azshara for aid and support.

Nor is it surprising that Azshara, perhaps the single most powerful mage in the history of Azeroth, would be interested in Azerite. The broadcast text for the Siege of Boralus on both Horde and Alliance makes it clear that Azshara’s manipulations are working. But that leads me to wonder — is everything that’s happening in this expansion part of her plan?

The text for the destruction of Teldrassil got me thinking. Malfurion goes on at length about the natural world, the forests of the Night Elves, and how they’re in agony from the Horde attack. Now, Azshara has an ancient grudge against Malfurion — after all, it was his doing that ruined her plan to ally with the Legion and reshape Azeroth in her image. Plus, he was the one who destroyed ancient Kalimdor and her Kaldorei Empire. She’d love to hurt him.

The trees of this great forest bend and break in agony as the Horde march deeper in to our lands. We must not allow them to advance any further!
Balance has been restored. Anu’dorini talah!
An elemental… of pure azerite. I do not know what to expect here, champion… but please, do take care.
I suppose that could have gone worse. Ensure that its resin is not collected by the Horde.
The wisps before you are mere shells of who they once were. Warm them with your touch, champion. These ancient spirits are frightened and disturbed. Give them peace.

I can just imagine Azshara cackling as Malfurion mourns his beloved nature. Remember, Azshara comes from a time when most Night Elves were more like the Nightborne — obsessed with Arcane Magic, power, and pride. You see it in her Boralus text when she invokes her pride at least twice. Instead of the Old Gods being behind everything happening in this expansion, it’s possible that Azshara is manipulating already-present tensions and using the predilection of people like Sylvanas who’d like to go to war anyway to serve Azshara’s agenda. Considering she has people inside the Zandalar and Kul Tiras rulership, who’s to say she doesn’t have agents in Stormwind and Orgrimmar?

With Magni running around giving Azerite necklaces to anyone who will take one out of blind panic, who’s to say what Azshara could or could not get away with? It’s possible we already know the name of the final boss of Battle for Azeroth after all. Azshara has been backstage for a long time — her Naga have played a role in The Burning Crusade, Wrath of the Lich King, Cataclysm, and Legion, and we’ve seen hints of her all over. Heck, we’ve even a brief appearance in a vision mocking Malfurion in Cataclysm, and her presence during the War of the Ancients is the last big thread from that ancient conflict that wasn’t addressed in Legion. I’m starting to wonder if this entire expansion will turn out to be her making a power grab for the Azerite and using everyone — Sylvanas, the Alliance, even the Old Gods — to get revenge and power for herself. Head on over to Wowhead and you can read a lot of new spoilers to whet your appetite for the upcoming expansion.