The Queue: It’s better to build than destroy 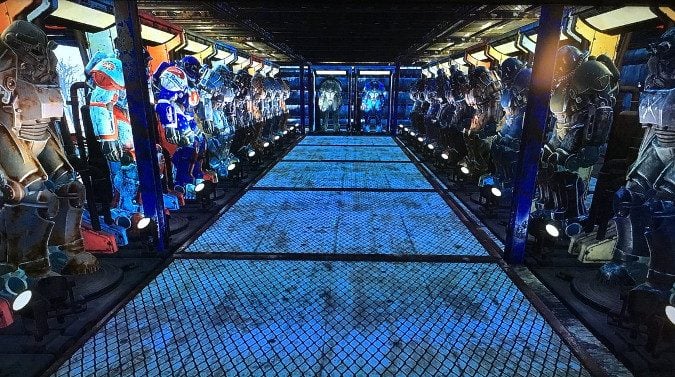 Hey. Welcome to the Queue.

Please try and always be kind to one another. We all have negative impulses and emotions. We all get angry or sad or afraid, and we lash out because of pain or fear or rage. Sometimes that’s unavoidable. I’m not telling you to never feel those emotions. They’re part of life, and you will encounter them.

But please, when playing a game, especially a social game like World of Warcraft, try and be kind. Try and be helpful. Especially when you’re in a guild, try and treat your guildmates as well as you possibly can. Treat them how you’d like to be treated, always.

Let’s do some questions.

Q4tQ: What new feature would you like to see added to any of Blizzards games? The skies the limit!

Okay, so I’ve been playing a lot of Fallout 4 lately. I know, I know, it’s old and what am I doing this is a Blizzard site, but hear me out. One of the things Bethesda did in F4 that was a work of absolute genius was that they let you take all the old junk you find in the Commonwealth and turn it into raw materials to build and maintain stuff. Suddenly, all that junk you’d otherwise just vendor gets used.

So being the weird person I am, I’ve spent the last two weeks trying to recover from my eye exploding last week making an elaborate lair and stocking it full of various suits of Power Armor, painting them in as distinctive a way as possible and placing them in displays just because I can. I mean, I’ve also used that time to reclaim old settlements, set up farms and supply chains between homesteads and otherwise turn the Commonwealth into a functioning interconnected place where people are safe from Deathclaws and Raiders, but yeah, my own private armory.

And it’s been awesome. I wanted something like this for the Garrison and I still want it. Imagine if you could put all of your tier sets on displays in your own base, that you designed and built yourself on one of several potential bases you selected and reclaimed from ruin? That you could take all that vendor trash you collect and instead of selling it for practically nothing, you could use it to make useful things and even whole structures?

So yeah, that’s what I want. I want Blizzard to just steal Fallout 4‘s crafting system. Just steal it and drop it into WoW or make a StarCraft rpg so I could just hunt down various Terran armors like the Marine and Firebat and stick them in display cases I built myself in bases I built myself.

Q4tQ: Now that the Legion is wrapping up, what was your favourite moment during the expansion?

Jeez, there have been a few.

All of the cinematics that Blizzard has done for Legion have absolutely nailed it, I think. They’ve just done an amazing job all around. Sylvanas vs. Genn was a great one, the Anduin going to the Broken Shore and finding one of his father’s swords one, any of the ones involving Illidan and Velen doing their strange buddy-cop routine, I’ve been here for all of that and it was all pretty great.

But honestly, I think  my favorite moment in Legion was when I found out that I could make the Zandalar in the Throne of Thunder raid run away in terror just by producing Strom’kar. That was pretty hilarious.

Q4tQ So they’ve added “Boop” as an emote. What other emotes desperately need to be added to the game? I nominate “Blep” maybe.

/me is feeling grumpy.

Also /skyjump for Warriors, /getaroom for Mages and Warlocks who need to just act on all that UST between those classes already, and /Sembello for when you’re a maniac, a maniac, and you’re dancing like you never danced before.

Q4tQ: does BfA (so far) open up weapon options, for the classes you have played? I’m hoping that my brewmaster can someday dual wield again.

So far as I can tell, unless it’s a specifically  noted class change — I admit I’m not up on every class — that kind of stuff isn’t back. I specifically created a Monk to test them, and Brewmaster still can’t dual-wield. As soon as I switched my specialization from Windwalker to Brewmaster, one of my fist weapons went red on the character pane and I had to unequip it.

Just how Dinosaur-packed is Battle for Azeroth and how happy are you about it?

I’d be happier if they were also in Kul Tiras, but overall I’m pretty stoked that the Zandalar remain the dinosaur-obsessed folks I’ve known them to be for the past several expansions. I’m especially chuffed to see actual sauropod models in World of Warcraft — it’s been something I’ve wanted for years and years now.

Seriously, I’d love it if a zone in World of Warcraft had several quest hubs you could rebuild and create your own stuff there. Make it phased like the Garrison was, so you could invite people in to see how you’d built it. That would be awesome.

Blizzard Watch is made possible by people like you.
Please consider supporting our Patreon!
Filed Under: Feature
Advertisement