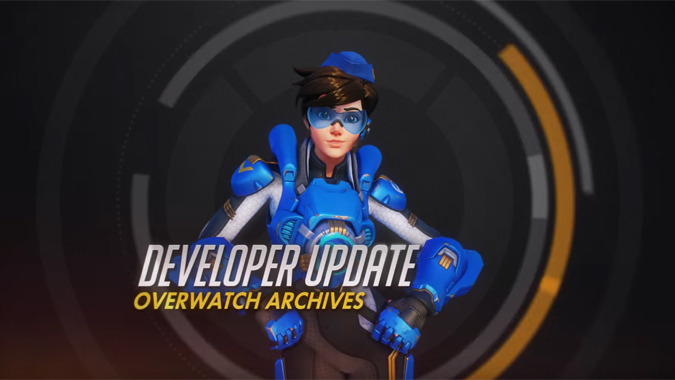 A series of teasers and other info has sent players scrambling to unravel the upcoming additions to Overwatch’s Uprising event. Although we still lack full details, the theory that we’ll be playing Blackwatch characters this time around may be correct. But if you missed the Uprising event last year, don’t worry – it’ll be making a return as well.

A new Overwatch Developer Update yesterday went over Uprising’s return, along with a little more clarification. Game Director Jeff Kaplan was joined by Lead Engineer Tim Ford to discuss the details. Players wanting to participate in last year’s Uprising event will still be able to do so. All skins, sprays, and other rewards from last year will also be returning. In other words, if you missed anything last year, you can still collect it this year.

However, a new name for these kinds of events was announced. “Overwatch Archives” is essentially an umbrella term for events that took place over the course of Overwatch’s history. Uprising is considered an Overwatch Archives event. And so is the new addition – which we’ll be seeing more about on Wednesday, during the Overwatch League broadcast. The new entry in the Overwatch Archives will include at least one new skin – Jeff mentioned “for a favorite Shimada brother,” but didn’t go beyond that.


Earlier today, another hint was released – a news report about an attack on Overwatch’s Oslo facility. Few details are given, but the article is an archive. It was originally published eight years ago. This lines up with the flickering image briefly visible in the teaser shown on Twitter last week. Right now, that’s the only real correlation.

Unfortunately, there’s very little to glean from the news report beyond that. However, users on Reddit have been busy at work on other pursuits that may reveal more of the upcoming story. 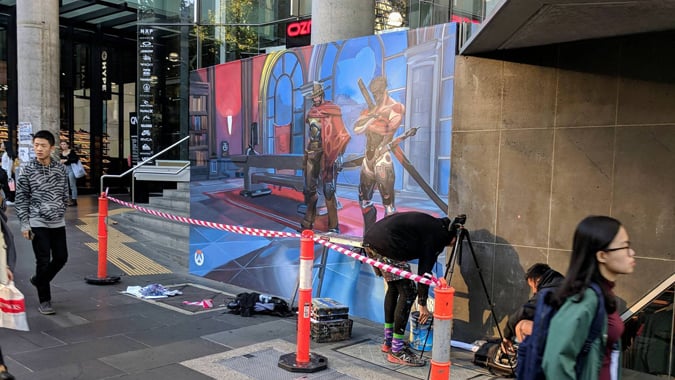 A comprehensive thread rounded up all the information out there so far, including a new mural that’s popped up in Melbourne. The mural initially included McCree and Genji in their regular skins, but a recent update to the mural repainted Genji with his Blackwatch skin. In addition, some photos from Blizzard have made their way to social media, along with mentions of the new event: Overwatch Retribution.

Further details about the event may have been leaked as well. According to the thread, a post from a Chinese game editor had much more information. The event includes a brand new map, and is called “Venice Operation” in China, rather than Retribution. Obviously, this has nothing to do with today’s short news release, or any events in Oslo. However, Moira’s involvement in Blackwatch was uncovered during inquires following “the Venice incident.” So there’s a Blackwatch tie here as well, if the leak is correct.

Either way, we won’t have too much longer to wait until the event is announced. Tomorrow’s Overwatch League broadcast is definitely one to watch, partially for the kickoff of Stage 3, but also for more information about Overwatch Retribution. Maybe we’ll see a new animated short or teaser trailer while we’re at it? We’ll be keeping our fingers crossed.