Last week we talked about Imperius, the Archangel of Valor and de factor head of the Angiris Council. We discussed his role in the history of the Eternal Conflict and the Sin War, where he voted to destroy humanity but was overruled by a three to one vote with one abstention. This week, we talk about how Imperius has shaped the war between Heaven and Hell and the world of Sanctuary since that time.

Before Inarius and Lilith stole the Worldstone and made Sanctuary, the Eternal Conflict was an endless war. Imperius saw all the combat an Angel could want. Countless Demons died at the tip of his great spear Solarion. An argument could be made for the pointlessness of it all. The Angels would claim the Pandemonium Fortress, then lose it to the Demons, then take it back. The Battlefields of Eternity were forever churned up by horrific weapons and raw power, blasted and destroyed by constant conflict.

But for Imperius, it was perfection. As the Archangel of Valor, it is inherent in his nature to perform deeds of astonishing bravery. It may well be why, despite claiming to not feel fear, Imperius is so sensitive to and enraged by claims that he does. The fact is that Valor can only be found in an act that defies fear. In order for Imperius to exist, not only must he feel fear, but he must overcome that fear through action. The Eternal Conflict, without a side able to claim victory, is the perfect environment for him to do exactly that.

That all ended with the Sin War. What Inarius did ended Imperius’ world, essentially. When the Angriris Council voted to strike an accord with the Demons and leave Sanctuary alone, the Eternal Conflict became a cosmic cold war. One with far less of the Pandemonium-spanning conflicts that had raged across the plane for all eternity. Suddenly, Imperius was an Archangel with not much to do but enforce a pledge he hated to not interfere in a world he wished to destroy. Thanks to his best friend Tyrael, who’d voted against him to impose the deal upon him in the first place, and who then cheerfully broke it whenever it suited him.

The Rage of Frustration

For thousands of years, the pact held. The Angels knew the Demons would break it — their word was utterly without value. Imperius understood this. Waiting was interminable, but he still kept his word. He didn’t interfere in the events of Sanctuary during this time. For example, he didn’t secretly create an order of mortal mages, named the Horadrim, to battle the agents of the Burning Hells. Tyrael did that. Nor did Imperius teach the mortals how to create Soulstones to trap Demons indefinitely, leading to the imprisonment of the Prime Evils for thousands of years. No, Tyrael did that. And Imperius, despite being Archangel of Valor, didn’t descend to Sanctuary to do battle with said Prime Evils alongside a mortal champion. A human, descended from one of the spawn of Inarius and Lilith.

No, that was Tyrael. The same Tyrael who voted to spare humanity and helped create the cursed pact in the first place. It held Imperius in the High Heavens, unable to destroy Demons and their Human bastard offspring. Tyrael had effectively trapped Imperius in his gilded cage. And then he flouted the very compact that he helped force into existence in the first place. And then he did the unthinkable.

Tyrael destroyed the Worldstone. The powerful, terrible Eye of Anu. With the Worldstone, Inarius created Sanctuary and indirectly the Nephalem of old, the impossibly powerful beings who hearkened back to the time before Tathemet and Anu had divided. The Worldstone was the very heart of the Eternal Conflict. It was the prize that Angels and Demons had fought over, the pearl beyond price at the center of the Pandemonium Fortress. It literally made worlds. And Tyrael destroyed it. 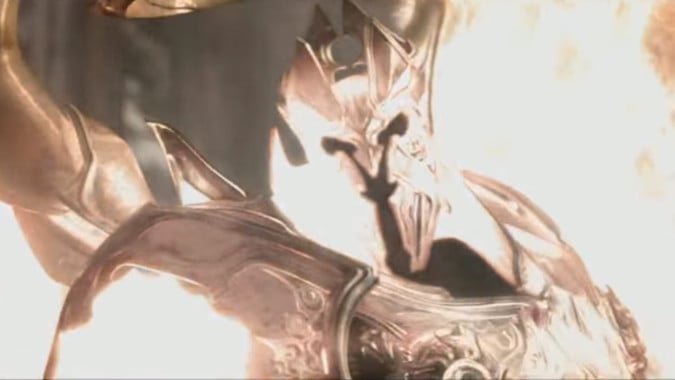 There were many repercussions to Tyrael’s actions. By seemingly destroying Baal, Mephisto and Diablo, the humans of Sanctuary had destabilized the Hells. Lesser evils like Belial and Azmodan rose to fill the vacuum. When Malthael, Archangel of Wisdom and leader of the Angiris Council, felt the destruction of the Worldstone, he vanished from Heaven. It left the council leaderless at this critical juncture.

Imperius now found himself effectively placed in command of the council that had essentially stripped him of everything that made him what he was. An Archangel who couldn’t act on the battlefield, couldn’t prove his Valor in eternal combat. He had become something of a divisive figure over thousands of years. After Tyrael finally managed to recreate himself following his destruction of the Worldstone, an enraged Imperius demanded an explanation.

For Imperius, what Tyrael had done was a betrayal. Not just of the council, but of himself. He’d considered Tyrael his friend and then Tyrael had voted against him. It forced him to stand by and do nothing. And then Tyrael went behind the council’s back and interfered brazenly in the same world they’d sworn to leave aside. And when confronted, Tyrael called him a coward to his face for the crime of keeping his word. This erupted into a conflict between the two Archangels that ended when Tyrael tore off his own armor and became a mortal being. Imperius viewed his actions as sacrilege. 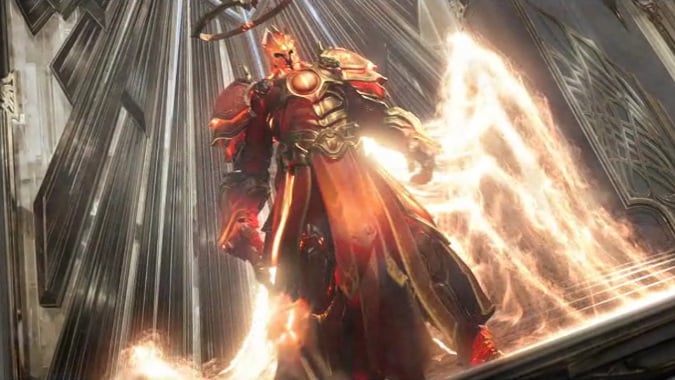 Still, after all that, Imperius has kept his word. When the actions of a mortal being and Tyrael himself helped recreate Diablo with the power of all the Evils together in one, Imperius fought Diablo at the Diamond Gate and was, for the first time, defeated. This loss did little to improve his opinion of Tyrael. In in his eyes, Tyrael was responsible for Diablo’s return, and the attack on the Silver City. Worse, when Diablo reached the Crystal Arch, Imperius was rendered insensate. It was the mortal hero, one of the accursed half-demon Nephalem of old returned, who ascended the Crystal Arch and defeated Diablo.

Following this, the light of the Crystal Arch seemed to call for Tyrael to return to the council. While Malthael accepted this, it did nothing to heal the rift between them. When Malthael returned with a plan to use the Black Soulstone to kill all humans, Imperius wasn’t inspired to act against his old ally until Malthael’s servants attacked the rebuilt Diamond Gates. Incensed, Imperius offered the Nephalem a path through Pandemonium. He gave the Nephalem a means to breach the Pandemonium Fortress. Imperius wanted the Nephalem to do what he felt unwilling to. When the Nephalem struck down Malthael Imperius was there, watching.

In many ways, Imperius is a noble entity. He kept his word and left Sanctuary alone despite it costing him everything that makes him who he is, depriving him of the ability to display the Valor that made him foremost of Heaven’s warriors and leader of its Host. His former best friend, meanwhile, willingly broke the pact from the beginning and then called him a coward in the bargain. His rage is understandable. And someday, it may well crash down on the mortals Tyrael seems to love so much.