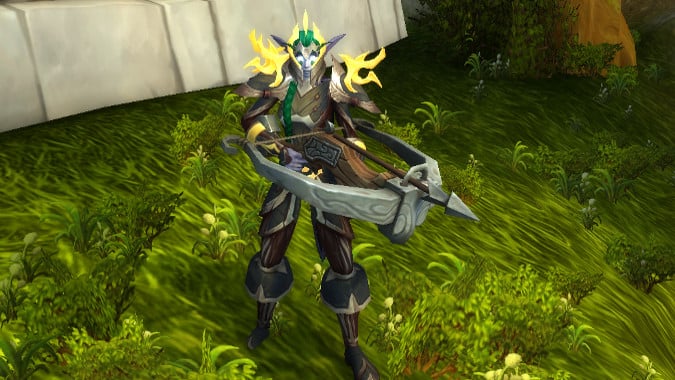 Hey, Hunters, did you think they were done at tameable unicorns? Did you look, see that you could at last tame a giant frog to dispense ribbiting justice upon your enemies, and say, “Okay, clearly that’s all we’re going to get in Battle for Azeroth?” Because if you did, you were wrong.

The folks at Wowhead, with an assist by Utigarde on Reddit and MyMindWontQuiet on their Discord, have found a host of new ready animations for Hunters on the beta. Interested, I jumped on to see for myself and sure enough, my Night Elf Hunter now holds her crossbow off to the side when she’s not able to fire but has someone targeted. At present, this isn’t an idle animation as such — it happens when you’re physically out of range and can’t shoot your target but have them targeted actively. So, if you step back into range, you’ll start shooting again. Essentially this animation tells you that you’re going to shoot someone as soon as you’re in range of them. 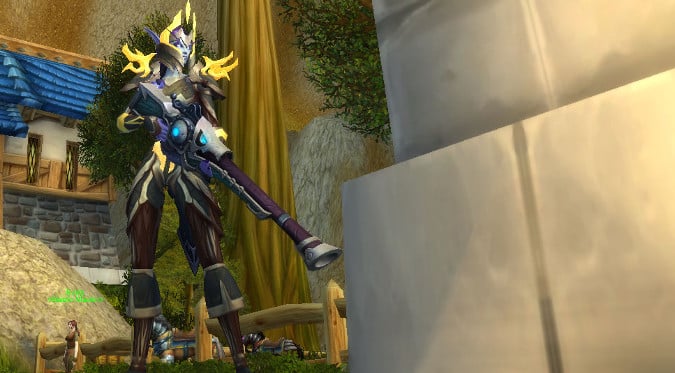 I tested it on my Void Elf as well and, as reported on Wowhead, the animation is different per weapon as well as per race. For example, Void Elves — and presumably Blood Elves — hold their weapons more in front and pointed down than Humans or Night Elves, both of whom point their weapons off to the side. Since Hunters are a fairly common class played by every race, there will likely be a wide variety of these animations, but they’ll all be fairly similar.

It’s not life changing, but it is a nice piece of flavor, and I’d like to see it expanded to other classes. Right now, as an example, every Night Elf using a two-handed weapon uses the same animations when they’re out of range, and I think once we get Night Elf Paladins* they should have a distinct ready animation from Death Knights, Warriors, Monks, and any other potentially overlapping classes. Making class/race distinctions like that would be pretty sweet in my opinion. Anyway, Hunters, go kill stuff with a unicorn and look cool doing it.

*Editor’s note: Night Elf Paladins are not actually confirmed playable in any capacity. It’s been fun crushing your dreams!

Blizzard Watch is made possible by people like you.
Please consider supporting our Patreon!
Filed Under: Idle Animations, Ready Animation
Advertisement