There are weapons, and then there are weapons. In Legion, players faced a fight against one of the most powerful enemies in Azeroth’s history. The Burning Legion has been a thorn in our sides since the days of the War of the Ancients. Although the Night Elves managed to foil Sargeras’ plans, they didn’t defeat him. And for the next several thousand years, Sargeras and the Burning Legion have been trying to regain that foothold into our world.

In other words, we knew going in that the fight against the Legion was going to be a tough one. Luckily, we had help in the form of Artifact weapons. Some were more well-known than others, but each had a unique and storied history, even if the scope of their reputations varied. But in the end, those Artifacts not only helped us defeat the Burning Legion, they helped pull the dark energy from Sargeras’ sword, halting the direct assault on the world-soul at Azeroth’s core.

Thirty-six of the most powerful weapons on Azeroth are gone. 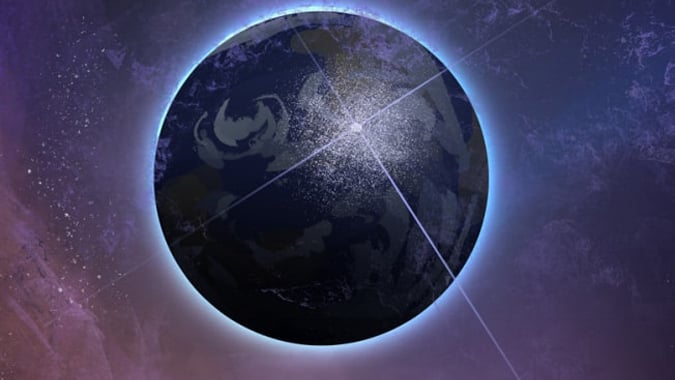 The fight for Azeroth

Azeroth’s world-soul is something special. When Aggramar first discovered it, he was struck by the power it radiated – and horrified to discover the Old Gods had already infested the world. Aggramar alerted the Pantheon, and they set out to rid the planet of the Old Gods so that it could develop normally. They didn’t quite succeed. In his zeal to rid the world of Y’shaarj, Aman’Thul reached through Azeroth’s skies and attempted to rip the Old God from the surface. In doing so, he ripped a wound in the world – and proved that the Old Gods were not so easily dealt with. So the Titans chose another tactic – they had their titan-forged lock the remaining Old Gods away.

Meanwhile, Sargeras was off building his Burning Legion. Although he’d fallen to corruption, Sargeras wasn’t exactly acting out of malice towards the universe. He simply wanted to keep the Old Gods from creating a Dark Titan and opening the way for the Void to dominate the universe. Azeroth was the most powerful world-soul Aggramar had seen – if the Old Gods were to corrupt it, nothing could withstand the Void Titan it would inevitably become.

Azeroth was essentially a proof of concept for the Titans – proof that they could rid a world-soul of the influence of the Old Gods without killing it outright like Sargeras insisted they do. Sargeras looked at Azeroth differently – if he could obtain and control the world-soul, he’d have a powerful entity working for the Burning Legion in their quest to wrest control of the universe away from the Void entirely.

None of them would get their way…and much of that had to do with the tiny, seemingly insignificant creatures on Azeroth’s surface.

The Pantheon was slain before it would ever see the result of its experiments – but the titan-forged worked diligently to protect it in the Titan’s absence, by and large unaware of the Pantheon’s fate. Meanwhile, the Old Gods didn’t simply rot away in their prisons – they worked on a plan to corrupt the world from within, starting with the titan-forged. In that, they were successful — to a degree.

Yogg-Saron managed to do a great deal of damage in Northrend through the corruption of Loken and the introduction of the Curse of Flesh. N’Zoth quietly sent tendrils of corrupted nightmare into the Emerald Dream. C’thun bided his time in Ahn’Qiraj, building his empire of qiraji and whipping them into a frenzy – one that was unleashed during the War of the Shifting Sands.

As for Sargeras, he set out to conquer the world during the War of the Ancients, and almost succeeded. What followed after was years of Legion assaults – some larger than others – and attempts to gain access to Azeroth and the precious world-soul it contained. The opening of the Dark Portal was the next major effort on the Burning Legion’s part, and it failed just as the War of the Ancients did.

Each time they failed, whether Old Gods or Burning Legion, it wasn’t because their plans were at fault. It was because the mortal races of Azeroth came together and put a halt to them. Each of the Old Gods was taken down by the very lifeforms they’d corrupted with the Curse of Flesh. Sargeras’ attempts to corrupt the mortal races were successful in some cases – but his corrupted minions were immediately set upon by the uncorrupted and sent packing.

It’s not the Titans that saved the world – it’s not the Aspects, it’s not the titan-forged. It’s us. Our mortal lives are an unknown factor that simply cannot be countered…yet.

Sargeras failed, but it wasn’t for want of trying – he simply couldn’t figure out how to deal with us. And that’s no real surprise, because we saw this years ago in Wrath, when we defeated Algalon.

I have seen worlds bathed in the Makers’ flames, their denizens fading without so much as a whimper. Entire planetary systems born and razed in the time that it takes your mortal hearts to beat once. Yet all throughout, my own heart devoid of emotion… of empathy. I. Have. Felt. Nothing. A million-million lives wasted. Had they all held within them your tenacity? Had they all loved life as you do?

Perhaps it is your imperfections… that which grants you free will… that allows you to persevere against all cosmically calculated odds. You prevail where the Titan’s own perfect creations have failed.

Algalon was baffled not only by our actions, but by our strength. We weren’t willing to let our world be destroyed, even if it was flawed. Algalon assumed that since the Old Gods had escaped their prisons, we were corrupt as well. When we proved we weren’t, he was completely taken aback. He didn’t expect us to fight for our world, much less fight with enough strength to take down a constellar.

That was before we had our Artifacts. Once we obtained those, we were nigh-unstoppable…and it’s likely Sargeras knew it.

Thirty-six weapons of unimaginable power, gone in an instant. Sargeras wasn’t trying to corrupt Azeroth’s world-soul at the hour of his defeat – that was meant to be a killing blow. He knew he couldn’t have his Fel Titan – so he was reverting to his original plan, the one the Titans tried to subvert. He was trying to kill Azeroth, and keep it from the shadowy clutches of the Void. We stopped him from doing so – and we stopped his weapon from killing the world by sacrificing our Artifacts.

That was likely one of the biggest mistakes we’ve ever made, and it feels like it’s only inevitable that decision will come back to bite us at some point in the near future.

Did you ever wonder why the Void wasn’t particularly invested in trying to stop the Burning Legion? I’ve thrown my own theories out there over the past few weeks. But let’s look beyond that to what the Void really accomplished this expansion. We “defeated” the Emerald Nightmare, only to find a remnant of the Void still lingering in the depths of the Emerald Dream. We didn’t get rid of the Void. It’s still there.

The Void even helped us in our journey to defeat the Burning Legion through Artifact weapons like Xal’atath. Why wouldn’t it? Sargeras wanted to halt the creation of a Void Titan, after all. But rather than strike out against Sargeras itself, it let us do the job. It sat back and watched us do it. The Void sees all possibilities – the Void knew that we would succeed one way or another.

What the Void sees

Here’s what the Void did this expansion: It took our measure with the Emerald Nightmare, and it saw what we could do with the weapons we had in our grasp. And then it laid low, let us focus our attention on Sargeras, and let us take him down. It let Sargeras strike that terrible blow into Azeroth without offering so much as a word of warning to us…because it knew what we’d have to sacrifice to get that issue under control.

So here we are, Sargeras has been defeated, and the incredibly powerful weapons at our disposal have had their powers expended. The weapons we used to so easily carve through the Emerald Nightmare are no longer in the equation. Sargeras is no longer an issue; he poses no threat to us – and no threat to the Void. Our power, in theory, is also no longer an issue – neither to Sargeras, nor the Void.

What now? It’s only a matter of time before we find out…but I suspect the petty bickering between factions is going to pale in comparison to what’s in store.