For ten thousand years, Queen Azshara has bided her time beneath the ocean waves – and that’s a little concerning. We’re looking at arguably the most powerful sorceress on the planet, yet…she’s been remarkably quiet, for the most part. In the centuries since the fall of Zin-Azshari, a long and storied history has played out on multiple continents as various races and factions continued to clash and struggle for supremacy. Yet Azshara hasn’t even been in that conversation. It’s a little odd, to say the least.

Queen Azshara wants one very simple thing: the world. And there is precious little in the world that can stop her from getting her hands on it. So what has been holding her back all this time? Why is she making her move now, instead of any of the other periods of time that we’ve been distracted by tumultuous wars or invasions? Why now?

Please note: This KYL contains spoilers regarding events in Stormsong Valley and the Shrine of the Storm dungeon. If you haven’t finished questing out there yet, you might want to come back later! 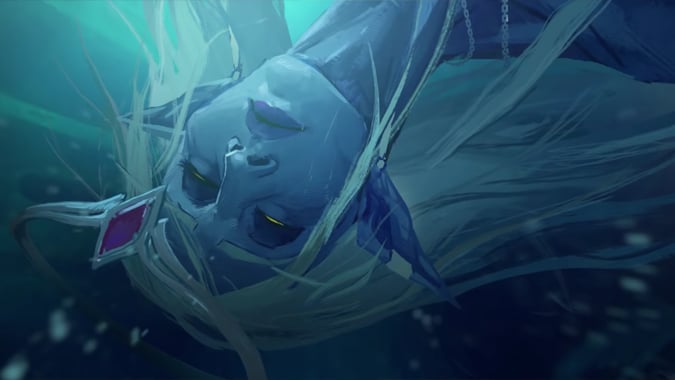 Initially, the only record we had of Azshara’s transformation was in the War of the Ancients trilogy. In the novel, as water began pouring into the palace, Azshara heard voices whispering from the gloom. “You will be more than you have ever been…And when the time comes, for what we grant you…you will serve us well…” At that moment, her shield broke, water rushed into the room, water filled her lungs…but she did not drown.

Warbringers: Azshara gave us a much closer look at that moment. She didn’t just blindly agree to serve, she had her demands, and they would be met. She was a queen, not a slave – a leader, never a subservient. The Old God made one fatal error when approaching Azshara with its offer – it revealed that it was imprisoned for a thousand years, and in those thousand years, it had been watching her. Perhaps sheer flattery might have worked on some other creature, but not Azshara. That information became a bargaining chip, one she didn’t hesitate to use.

Azshara was dying. She was drowning, and so were her followers. And yet despite the fact that she was faced with the certainty of her own demise, she didn’t blindly take whatever she could to ensure her own survival. In that moment, she was perfectly fine with dying – because her empire was nonexistent. It was in tatters around her, floating in the vast sea. And without her empire, she was nothing.

Without her, the Old God was a god of nothing. Imprisoned and useless until this precise moment, in which a bargain was finally struck. Not just a bargain – Azshara got what she wanted…an empire, her empire, perhaps a little different in appearance, but still intact.

The quiet beneath the waves

Despite her apparent disinterest in the world above, Azshara was far from quiet. Her devoted followers – now naga – have been seen along coasts and in ruins all over the world. Lady Vashj and her naga swore themselves to Illidan in the hopes that his campaign against the Lich King would spark a new war on Azeroth. Of course, her travels eventually led her off-world, but that initial point of contact was at the behest of the Old Gods…and likely Azshara herself.

And in other areas, the naga continued to present a consistent menace. They reached out to other followers of the Old Gods, like the Twilight’s Hammer cult and the satyr. They sought to melt the polar ice around Northrend, in an attempt to flood the world and create an underwater empire. They launched an assault on Neptulon, attempting to exact the Old God’s revenge against Neptulon’s defiance and disrupt sea travel at large.

On the Broken Isles, Azshara sent a force to retrieve the Tidestone of Golganneth for her own purposes. The attempt proved unsuccessful, and so Azshara retreated once more…seemingly. In the process, she lost some of her loyal followers to the Burning Legion – although they were by and large conveniently slain by Azeroth’s heroes. 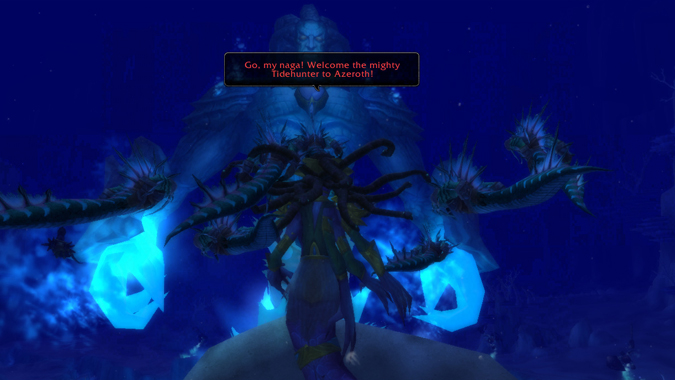 We’ve only seen Azshara a few times in recent years. Of course there was the altercation in Azsuna, one in which she showed up to confront the spirit of Prince Farondis. Before that, however, there was the Cataclysm – and one lone little island in Darkshore where she came face to face with Malfurion Stormrage.

But her appearance, and her involvement in Darkshore’s troubles, turned out to be a ruse. Azshara wasn’t really looking to destroy Darkshore; she simply wanted Malfurion’s attention away from Hyjal. Without Malfurion, Ragnaros and his servants would have a much easier time assaulting the peak. She doesn’t even bother staying or trying to fight Malfurion – she simply leaves.

And although the Old Gods put forth great effort in Cataclysm, Azshara wasn’t really involved beyond that point. She had her minions working to capture Neptulon, but she was never directly involved herself. One could look at that and wonder whether Azshara was being rebellious, or secretly working against the Old Gods all along. Was her alliance merely a matter of convenience to her? Was it just a means for her to survive the fall of Zin-Azshari, and nothing more?

But in the light of Warbringers, it seems more like Azshara isn’t willing to be pushed around, and the Old Gods aren’t exactly keen on trying to force her to do anything. And if we really look at Cataclysm, Azshara was pretty much the only ally of the Old Gods to actually succeed in everything she set out to accomplish. They asked her to distract Malfurion – she did so. They asked her to get Neptulon, she did so.

Did she do any more than that? No. Did she need to? Absolutely not. When you look at creatures like Cho’gall, like the Twilight’s Hammer, or any of the other numerous creatures corrupted by the Old Gods, typically speaking the reason they are doing what they’re doing is because they were promised a reward. Power, more often than not. What use does Queen Azshara have for power? She’s already powerful…and the Old Gods already made her more so.

What we learned from Warbringers was that Azshara didn’t really need the Old Gods. They needed her. N’Zoth was imprisoned, unable to do anything of import. The only thing N’Zoth could do was observe…and the Old God watched Azshara for almost a thousand years. You’ll note that N’Zoth didn’t argue the terms of Azshara’s demands. That’s because there really wasn’t any room to argue.

In this situation, certainly Azshara was on the brink of death…but even on the brink, she held all the power. And it’s entirely likely she never let N’Zoth forget that. 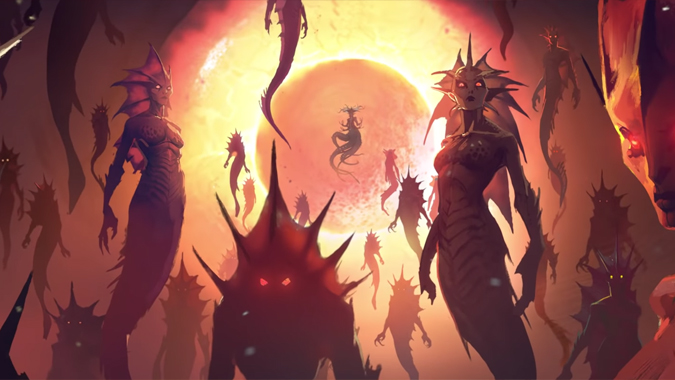 Who, then, is in control now? Is it the Old God, or is it Azshara? Despite events in Stormsong clearly indicating Old God corruption is going on, N’Zoth isn’t after the Kul Tiran fleet…Azshara is. Whether she’s working at the behest of N’Zoth, or on her way to building an empire of her own is unclear. But when you think about it, this is absolutely the perfect time for Azshara to strike, more so than ever before.

We’re distracted, yes…but we’re distracted with each other. We’ve defeated the Burning Legion – it no longer poses a threat to the world. We’ve even taken care of the other Old Gods – C’thun, Yogg-Saron – Old Gods who were, according to Xala’tath, more powerful than N’Zoth anyway. In fact, Xala’tath considers N’Zoth the weakest of them all. But N’Zoth doesn’t appear to have any competition anymore…and by extension, neither does Azshara. The Dragon Aspects have expended their powers; they no longer protect the mortals of the world.

And by marvelous coincidence, all those amazing Artifact weapons we were using last expansion have been expended as well. So have the Pillars of Creation. It’s just us now, Alliance and Horde, fighting each other…which leaves us vulnerable, at long, long last.

The Burning Legion wanted to destroy the world. The Old Gods wanted to utterly corrupt it. Azshara wants to conquer it. Will she have her empire reborn at last? We’ll have to wait and see…but out of every enemy we’ve ever faced in World of Warcraft, Queen Azshara is one we cannot afford to underestimate.