The Queue: My turtle did not make it to the water 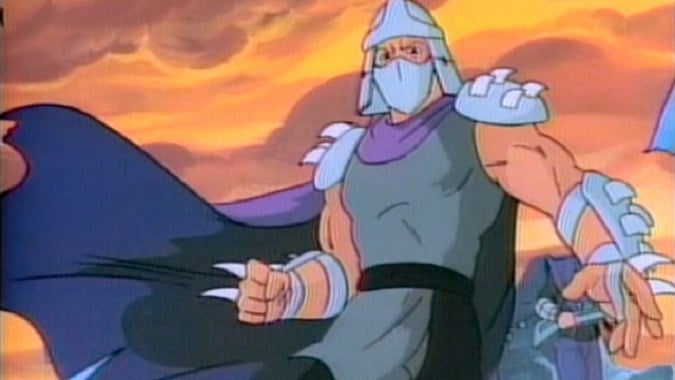 If you only level via dungeons you wouldn’t get the rep you need to open WQ’s would you?

Correct. You will not get the rep needed to open up world quests, nor progress in the storyline.

This does bring up a point about how the game itself is shaping out in BFA, and I want to take a moment to focus on rep and dungeons. Right now it doesn’t seem like heroics are worth doing — they’re just annoying enough with pugs that bosses like the one where you have to kill three totems at the same time are downright painful, and the rewards (or complete lack thereof) don’t justify their completion. Mythic is another matter, but still the same thing is going to happen there in short order if it hasn’t happened so already.

Reputations are another fact of life that seems to have smacked the community hard in BFA. They were there for the last few expansions too, but BFA’s reputations feel much more grind-y for some reason. It might be completely psychological in that the idea of world quests were something new to WoW last time around, and this time they’re a known thing — but even then, like I mentioned in a previous article, it’s the perception of these things that matter the most.

In Wrath when things got to the point of “okay, you have your main, but now you want to play alts” people got tabbards that provided rep for the faction they were wearing while they were running dungeons. In Mists you could select a faction from the UI to gain rep. There have been lots of different options throughout WoW’s lifetime. My inclination is that we’re going to see something like this again, if not a straight up duplication of what was done in Wrath. When you think about it, if you’ve hit exalted with a faction and can buy the tabbard, there’s little harm in letting it give you rep for each mob you kill while in a dungeon.

Not only would that serve to increase the reputation gain, but it would also make dungeons worth a bit more reward than they feel right now.

I am 100% sure that I’m not the only person that’s thought of this, and I’m also 100% sure Blizzard is talking about it. But it’s still worth bringing up, and letting them know that we all (if I may be so bold), care about the issue.

Afterthought: I would also say the same thing for the Island Excursions to get Azerite… the rewards there seem to be lacking.

Warfronts have been a huge mess so far, in my opinion. As an Alliance player here is how this feature has worked:

1) Wait a few weeks after launch for it to go live
2) When it goes live we are presented with a week long countdown
3) At the end of the countdown we get…. another week long countdown
4) Amazingly, when this is over we will get a 3rd (!!) week long countdown, but this time the ability to turn in profession mats for Azerite/rep.
5) When it finally unlocks we can spend a week easily gearing up our new 120s with 340 loot, just like the Horde has been doing this week.
6) Actually nevermind, Blizzard hotfixed that out. So tons of free 340 gear for Horde and the Alliance can sit in the dungeon queue

I completely get your frustration. In some respects, I share it too. I was disappointed on the horde side that I couldn’t turn in multiple items each day. I thought those were daily quests, not weekly. Moreso I hadn’t really read up on the feature much and avoided it during the beta, so I was really excited to try something new. And as a Horde player … I just sat there.

I think the initial rollout was a good lesson to learn; that when an expansion launches both sides should get access to a main feature of the game, and then it can go back to being a (somewhat) faction-based war effort like the feature was originally intended. Otherwise, it just feels like a dumb waiting game. And it was really unfun to wait until 12pm CT on Sunday to do it. That is literally when it popped for the Horde, which also makes me think the turn-ins are not fully responsible for the progress made.

I do disagree though with the weeklong cool downs — in the end that’s going to make this less of an every day thing and more of a special thing that you need to prepare for and get ready to go do. It’s okay to have this kind of cadence in the game. The key is that during the off week Blizzard needs to do some tweaking to make things be preceived as having as much value. 500 azerite and some good rep from the weekly quests are not really headed in the right direction.  I would wager that when we see a new warfront show up that it will end up being on the opposite week as the current one, so the Horde and Alliance both have something to fight in and contribute to each week.

And finally your point about the gear — again, I grok your frustration. It’s a total botched rollout of the game system for them to change the iLevel requirements like that when the other faction didn’t have to wait. In Blizzard’s defense, I think it was probably just a “oh it’s not right, let’s fix now” without much/any consideration given to the faction implications. The “fix it now” mentality is a VERY common one in software development, and holding back with thoughts of timeframe takes a bit of product and project overhead that’s done in the right way to ensure these things happen at the right time (and what do we know really — maybe they thought it should go out regardless, in which case we just have a friendly disagreement with Blizzard). Either way, while the rollout of the iLevel requirement change wasn’t ideal, the change was a good one. It’s just unfortunate the effect wasn’t felt by both factions in an appropriate balance.

How is Blizzard Watch doing as a business?

It’s good! We’re making payroll, having new writers and initiatives, and generally are having a good time. Our last month was one of the most profitable ever, and I’m really proud of the team for their coverage of BFA. It’ll be exciting to see how things go here for BlizzCon and the months ahead as the expansion settles in and our new crew gets more comfortable with streaming and writing.

I have a redesign that’s been baking for a while, but honestly with the loss of my day job and (the very quick — thank [email protected]#$^#@ god) turn around to a new one I haven’t had a ton of bandwidth to work on it. Oh, and there’s the first kid my wife and I are expecting too — which is due right around BlizzCon… Either way, I hope to have that wrapped up soon.

I’d like the site to rely more on Patreon, and that’s something we’re going to be looking at closely in the next month or two. I still don’t make very much from the site personally, but that’s cool, I love just having it. And I’d rather just pay all the contractors (writers) anyways.

One of the big things that no one here is aware of is that there have been some challenges. And not because anyone has done a single thing wrong, but just challenges due to life and its twists and turns. And the team has been so incredibly great when dealing with those that I honestly get a bit choked up when talking about it. It’s not every group that can rally around each other, but time and again this group does. We’re all really lucky to have each other, and luck to have you all as supporters.

Blizzard Watch is made possible by people like you.
Please consider supporting our Patreon!
Filed Under: Donatello Was The Best Turtle
Advertisement