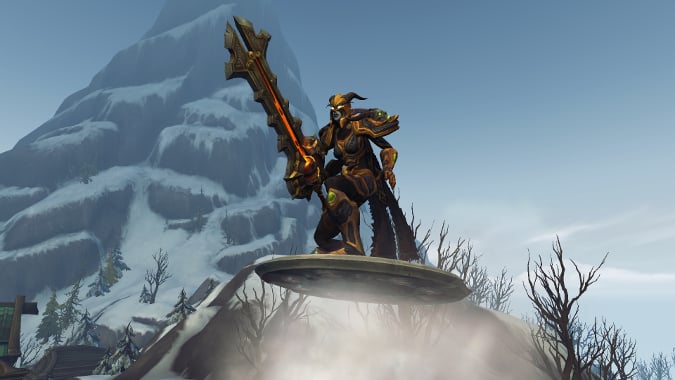 There’s a fallacy I sometimes even find myself subscribing to, and it’s that the people who play World of Warcraft are customers — that we are engaged in a purely transactional exchange. We give money, we get stuff. But lately I think that’s a misguided concept that fails to grasp what we’re actually doing when we play these games.

There’s an argument I see from time to time on the WoW forums, that boiled down, is essentially this — X is bad because as a customer it upsets me. One example I saw recently was about Titanforging on gear. The essential gist of the discussion was that Titanforging on gear would be as though you paid for a 4-piece chicken nugget meal and got that, and the next customer in line ordered the same meal but instead got a 12-piece meal with a supersize drink and fries. If that happened in a restaurant, you’d feel really crummy, and that’s why Titanforging shouldn’t be a thing in WoW.

I have many problems with this line of reasoning. For starters, if I went to a restaurant and paid for a meal and got nothing (as has happened to me multiple times every single raid and dungeon I do and have done in World of Warcraft) and someone else got a meal completely at random, I’d probably be pretty upset. The second is the idea that in paying a subscription (or buying game time with gold, or however you’re doing it) I have somehow bought the right to a certain predictable experience — that loot drops are my right while playing WoW. 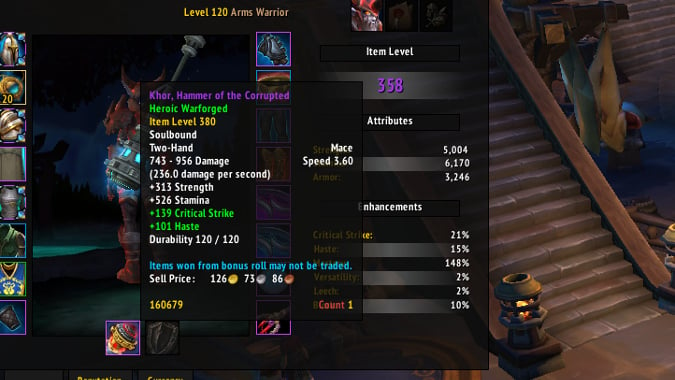 You don’t get fries with that

But you’re not paying your monthly sub (or six monthly if you wanted a pirate ship) with any guarantee as to what your experience playing the game will be. You’re not a customer, dropping the cash for exactly what you ordered, because you haven’t ordered anything except the game itself. The idea that decisions made in the design of the game can have a deleterious effect on the experience of gameplay is a valid one, but the idea that you are walking into a fast food joint to get exactly what you want instead of signing on to experience an expansive game world isn’t.

To stretch the analogy, imagine if you bought a novel, took it home, read it and then your favorite character dies on page 118. You can certainly feel however you like about that. You can swear off of the writer’s work forever, you can draw sad fan art of the character, you can even write your own stories where she survives and falls in love with a suspiciously familiar person whose name might rhyme with your own.

But what you can’t do is demand that the author change their book to suit you. By partaking in a piece of entertainment such as a book or a TV series or a movie or a comic book or yes, even a video game, you are inherently going to experience the vision of the people who created said entertainment because that’s how art works. 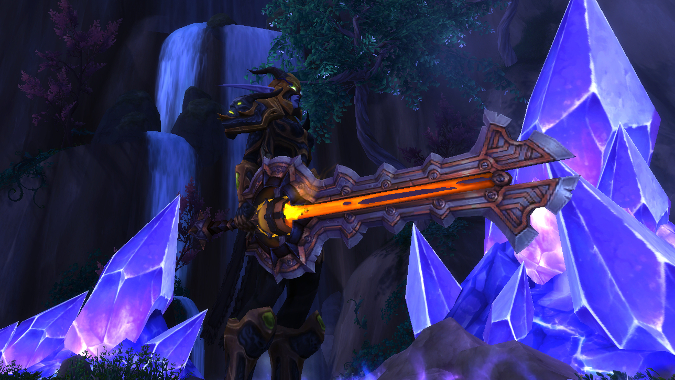 Games as art, art as reward

That’s right — I am here asserting the idea that World of Warcraft is, in its heart, a constantly unfolding series of works of art. It has story. It has music and visual creative elements. It is composed and structured and shaped and experienced via our senses, just as other creative media are. And when you’re taking in art, you are not a customer: you are an audience.

Complicating this relationship is the fact that you are playing a game at the same time, and the art in question is ultimately the real reward for successfully playing that game. You can go days, even weeks, without a gear upgrade. You can kill the same boss week in and week out for years, and even though he has a piece of gear that actually has your name on it he won’t drop it. You can get upset about this. You can semi-jokingly ask Steve Danuser to give you your shoulders. But what you can’t do, absolutely can’t do, is expect or demand those shoulders to actually ever drop for you. You’re not entitled to those shoulders, or indeed, any gear drop in the game. You didn’t buy them. You didn’t pay your subscription to get them. You paid your subscription to play the game.

When you play Monopoly, you aren’t guaranteed to win. When you play any game, you do so knowing you might not get the best possible outcome. That’s part of gameplay: the thing you are paying for is to play in the first place. And when you go to a restaurant and order food, you do not have the right to demand a refund after you eat the meal if you didn’t also win the Monopoly contest with the game pieces printed on your hamburger’s wrapper. 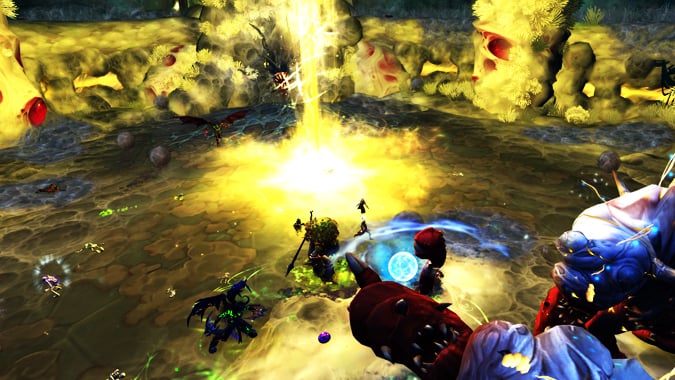 There is no combo meal

In essence, the gear and mounts and transmog appearances that are available in game are extras. You didn’t pay for any of them. You paid to get to play the game in the first place. That’s how World of Warcraft works — it’s not a pay to win game, and while there are specific pets and mounts and even a few transmog appearances that you can purchase in various ways, these are guaranteed. If you pay for a mount or a transmog look and then you don’t get it? Then you are completely right to demand what you paid for. But if Ashkandi never drops, well, that’s just the game.

No, this is not saying you can’t complain about gear acquisition in the game — I do that all the time. Last  night I even said in raid “My cunning plan to constantly and vocally complain about not getting gear to drop in this raid is finally paying off” when some gear dropped for me. I criticize the story development and its direction, I criticize whole systems like Azerite Armor or the Artifact from Legion. Criticism is useful for players and even for the developers of the game, because it helps them gauge what’s working vs. what might not be. Even if our opinions are wrong or unfounded it’s worthwhile to express them. But we must be clear on our role here: we are not entitled to any more or less than the best game they can produce, and that doesn’t mean getting everything we want or throwing a fit and demanding to see a manager.

We are not customers.

We are the audience.

We are the actors. We are the players, engaged in a uniquely collaborative storytelling exercise. We are the people frustrated with RNG, yes, but we knew when we started playing that there would be RNG. There would be items we never get. Other people would get things we wanted. It’s fine to criticize those systems, but understand what they are. They’re means to an end, not the reward.

Playing is the reward, and that’s what you’re doing every time you log on.

Blizzard Watch is made possible by people like you.
Please consider supporting our Patreon!
Filed Under: Art, Audience, Customers, Loot, Story, Titanforging
Advertisement