If you haven’t given Island Expeditions another chance since patch 8.1, you really should 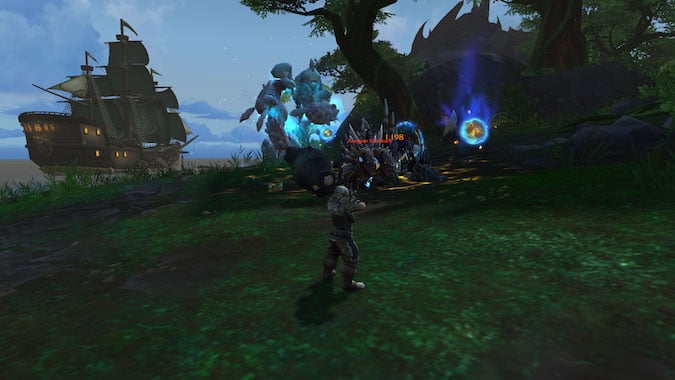 At the beginning of December, Blizzard announced changes coming to Island Expeditions with the release of Patch 8.1. I didn’t do Expeditions much before hitting level 120 — there was just so much else to do. Once I hit 120, I was all in on these. They were fun — although with not many rewards. After reading some strategy guides, guild mates and I did the “round up” method of obtaining Azerite and pulling rares. That made them progress faster, but the drop rate on pets and mounts was still abysmal.

The changes announced were designed to mitigate the frustration of not getting anything but Azerite from Expeditions. Frankly, I can get Azerite from so many sources — Expeditions are last on my list of methods to improve my necklace. I run them because they don’t take long to do and they are fun. Having done them before and now after the patch, I have some observations. 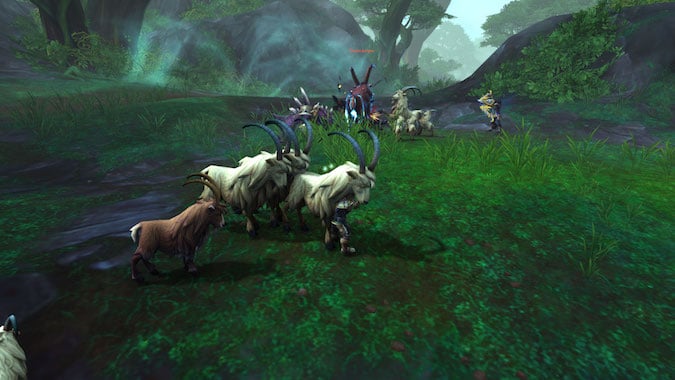 Changes have made them more streamlined.

The confusion around how to best reach the needed Azerite to win and have a chance at pets led to wildly divergent playstyles amongst groups. If you wanted to clear rares for potential drops but the rest of the group just wanted to effectively clear Azerite for the win, these objectives were almost mutually exclusive. I don’t find them to be exclusive anymore.

The way rares are sprinkled through the Expeditions almost leads you toward a win by clearing them as well as the areas around them. In a recent Jorundall run, we concentrated only on rares and wound up winning solely on the basis of having done that. Our strategy was to concentrate on clearing a section of the island completely before moving on. With the addition of more rares to the islands, this has allowed us to win most of our games. If we lose, it’s because we pull a wee bit more mobs than we can handle… but that usually results in a lot of laughter and the “Oh no! Goats!” (Goats. The bane of our island-clearing strategy.) 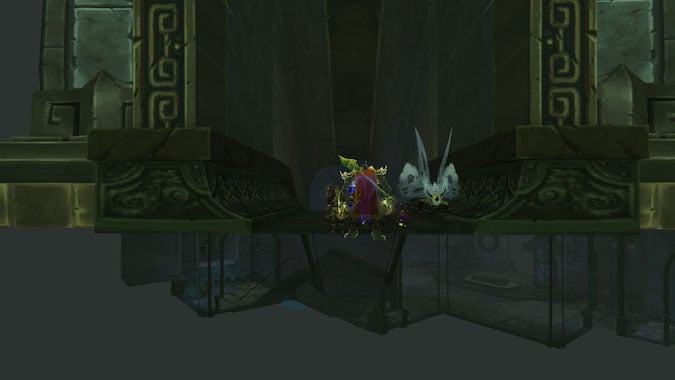 A change in how the island denizens factor into what you can get means better rewards. The kind of mobs on the island are the theme of your rewards. If Hozen are on the island — whether you kill them or not — that’s where your rewards come from. This simple change means if you’re on the opposite side from where they land, you are not penalized from obtaining their loot because you’re killing rares where you are.

The addition of an Azerite Extractor provides a huge shot-in-the-arm for the faction controlling it. Just extracting Azerite is a minimal boost. When your Extractor hits a rupture, the boost to the amount of Azerite collected almost guarantees a win. Plus, the extractor pulls a guaranteed rare and with that can come the cosmetic rewards most people do Expeditions for. Needless to say, when the notice comes the opposing faction has powered up the Extractor, you will stop what you’re doing and head toward it — intending to wrest control from the other side. Any mobs you run through along the way just mean more Azerite when you down them.

There is an improved drop rate on the cosmetic items. Guild members doing Expeditions consistently are reporting an almost 30% increased drop rate on pets. Weapons and other items more useful for transmog seem to be dropping about 20% more frequently. Mounts are rare and that is, I feel, the way they should be. I don’t have great luck with the RNG so I personally am not seeing this. In all my time of running Expeditions, I’ve received exactly 6 pets. 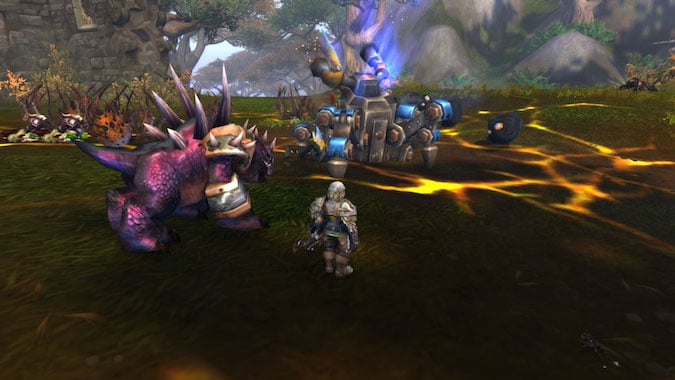 Fun, with rewards, without complexity

The two new Island Expeditions, Jorundall and Havenswood, are fun and quite interesting. I like the town aspect of each and the concept that around the corner of a building could be Azerite or a rare or just another mob pack to barge through to get to the next objective.

Other exciting additions have been the random dragons, the random weather changes, and the portals. I’ll stop killing Vry’kul, for instance — even if they are the theme — if the dragons show up. There’s a mount to be had from killing dragons. I know the drop rate is rare but it’s no more rare than, say, Experiment 12B. The random weather changes — going from cold to hot or hot to cold — introduce new mechanics as you’re killing those rares. This causes you to think on the fly — something I enjoy doing. And the portals!

Well, there was a slight glitch with the last one I went in, but those add an extra dimension of drop potential. Given my luck with the RNG, I’ll take extra chances for $400 please.

All these changes are straightforward and don’t require extra hoops to jump through on the way toward a win. I find myself enjoying even the Expeditions where I don’t win because there is still the chance of a cool drop. I don’t yet have a favorite Expedition. I would like a tourist mode, honestly. It would be one where there’s not much Azerite. It takes maybe twice as long to fill the bar — maybe no rares — but I could run around and just look at the layout and design. Every time I go into an Expedition — even if it’s an island I’ve visited many times before — I’m finding something new. That element — and the potential for cool things — keep me coming back. Plus, Expeditions are just fun to do.