What would a “Creative Mode” for WoW look like to you? 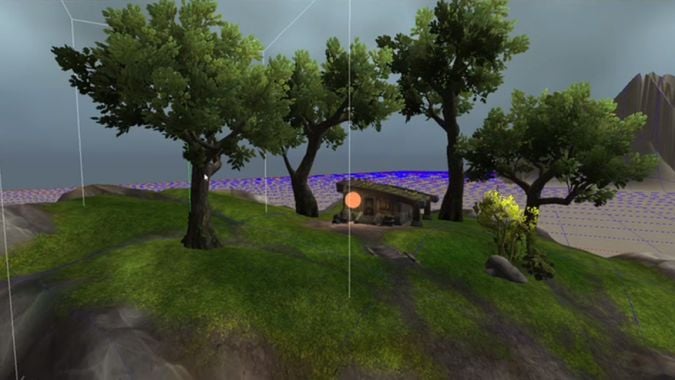 Recently, I spent some time Tweet-musing over what a Creative Mode in World of Warcraft could look like, and how it could be tied to the game itself. Basically, I think it’d be totally rad to give players a way to design their own islands. Those player designs could then be selected — by either Blizz, the community, or both — and rotated into the playable Island Expedition maps on a regular basis. Doing so would not only give players a map-editor style mode to play around with, but it would also provide the community a sense of accomplishment and contribution to the game itself.

How would this theoretically work? Give players a specific space to work in (e.g., a 500 x 500 in-game-yard square), provide them with a defined set of objects (huts, tree, bridges, etc.), and give them some terrain to play with. If easier, provide templates for specific island types that players can then modify in some ways. In lieu of “island codes,” players could invite players to their group to show off the final product (much like we could with garrisons).

Sure, I totally stole this idea from another game. And sure, it almost assuredly would never happen. But ideas are not limited by petty reality! If you ignore technical limitations and the resources Blizzard would have to allocate to make this happen, it’s a pretty cool idea, in my humble opinion.

Then again, it’s not the only idea for a Creative Mode in WoW. Not only does it assume Island Expeditions would last beyond this expansion, it may very well not offer the customization every player hopes to see out of this sort of mode. I’m sure there are plenty out there who would prefer our customization come in the form of player housing before anything like this. Or that, if we’re getting a level editor, it not be limited in this way. My approach is but one approach in a sea — Ha! Get it?! — of approaches.

If we ever did get any sort of Creative Mode for World of Warcraft, what would it look like to you? What would it need to make it worthwhile? How would it tie into the actual game, if at all?