How do narrative direction and background lore affect your enjoyment of Blizzard games? 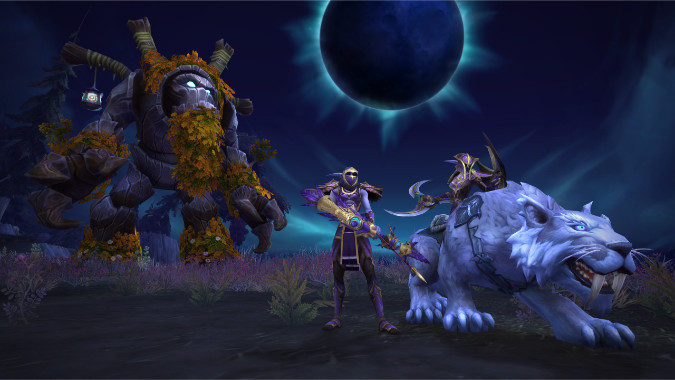 Overwatch makes a conscious decision to separate the lore or narrative from its gameplay. You could play Overwatch and only get the slightest inklings or hints of the greater story. World of Warcraft’s narrative is more integrated. Even not reading much quest text, more of the story comes through. Then there’s Hearthstone, which takes World of Warcraft’s story into unexpected directions.

Some players have expressed that the silliness of some of the Hearthstone settings like One Night in Karazhan takes away from their enjoyment of the game. Last week, Overwatch released a bit of lore revealing that Soldier: 76 was gay. Nothing changed with Overwatch’s gameplay, mind you. The heroes’ powers do the same things in the same way. Not even the numbers got tweaked. Yet, some people have responded to this new lore by saying they no longer want to play Soldier: 76 — the way they play and enjoy the game was affected entirely by background lore.

I’ve experienced similar in World of Warcraft. I’ve leveled up my Tauren Druid in anticipation of the Zandalari Troll Allied Race, because I want a Dino Druid. I had been enjoying his gameplay, trying out different specs and preparing him for raiding. Then I did the Darkshore Warfront quests. I tried to skip the quest where you use the Val’kyr to raise the fallen Night Elves, but I couldn’t progress without it. I figured it didn’t matter if I did it or not, so I grunted my way through it and finished the quest chain. I logged off not long after. Even the following day, I found myself less enthusiastic about logging into that character and nitpicking the story.

Nothing changed about my Druid. The rotation is the same and the damage didn’t get nerfed. Yet, the story took my enthusiasm to level him down a notch. I’ve actually now constructed this whole headcanon that he’s a double agent feeding information like the Horde landing zones to my Dwarf Hunter who he met on the Broken Isles.

How about you? Do you care about the story in Blizzard games? Can it make you more or less engaged, even if it doesn’t change the core gameplay one bit? I’m curious — what degree, if any, does the narrative impact your enjoyment of a game?

Blizzard Watch is made possible by people like you.
Please consider supporting our Patreon!
Filed Under: Battle For Darkshore Warfront, One Night In Karazhan, Overwatch Short Story
Advertisement