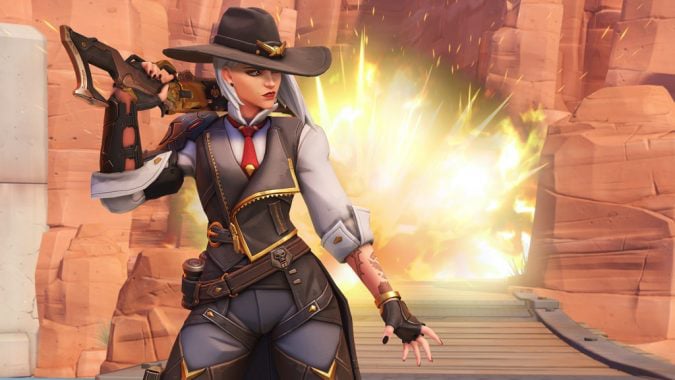 When Adam asked me to cover The Queue for this morning, even though I stream pretty late in the night for the site on Wednesday, and even though my toddler and I are both sick, and even though my daughter has short school days this week, I said I would. It’s usually not too tough to pull questions, even with the heated discussions going around lately — worst case, I’ll just pull stuff off our Discord or Twitter. I didn’t realize that literally as I was streaming, he would drop the post about the five year plan for the site the staff first started discussing internally 3 weeks ago.

So! While I’ll definitely direct y’all’s attention over to that post, because it’s important to the site and we want to hear your thoughts and concerns, I’m definitely just… not looking at the explosion this morning. Nope. I have some herbal tea with honey, and I’m just gonna… do the thing. Please, for poor little Rossi’s sake, put some questions in a place where he can find them easily. Whew.

Off Topic Q4TQ — Funko Pop figures… are you supposed to keep them in their numbers boxes or no?

Mostly personal preference, though I will say the glossy boxes are easier to dust than the textured, oddly-shaped Pops. My Ana is out of her box, looking fresh on the shelf behind my desk. I got her because she’s a kindred spirit — a Support sniper grandma named after me — so I’m not concerned about monetary value. If you’re looking at it as a monetary investment, mint in-box is always worth more to collectors. However, given both the ubiquity and low cost of these things it’s pretty likely they’re not going to appreciate in value soon, if ever.

I once heard someone refer to them as Precious Moments figurines for nerds, and now I can’t even.

TIBER ASKED ON OUR FABULOUS DISCORD

At Blizzcon I thought the Lucio-O’s cereal was just some kind of One-off novelty thing. Lately though, I’ve been hearing of Lucio’s sightings in Target, and Walmart stores. Are Lucio-O’s actually a real commercial product?

They sure are! My grocery store doesn’t carry them so I haven’t had the opportunity to try them yet. Target carries them but I try to avoid that place because I can’t get out without spending an extra hundred bucks or so more than I intended, somehow. I’ve heard reports that Walmart does too. I have no idea about international grocery chains, though.

Our own Dan O’Halloran made Lucio-oh Krispy Treats out of the box one of our generous readers gave to him a while back. Apparently it works pretty well that way, since both are sort of vanilla flavored and PACKED with healthy, nutritious sugar.

ADAM ASKED BY WAY OF PENANCE

Q4TQ (for real): I haven’t really played WoW in two months. What should I do first when I can finally start putting time back into it this weekend?

WoW is such an expansive game that there are tons of variables to this question. It really depends on what your end goals are, and what you’d like to pursue. If you don’t have a character at level cap yet, for pretty much everything that’s your first step.

Beyond that, doing a Warfront or two is probably the quickest way to gear up once you’re there — you can use most of your PVE gear in PVP now so for anything aside from pet battling and a few other miscellaneous things, Warfronts are step 1. You’ll also want to check your World Quests and Emissaries to see if you can fill any gear holes that way, though as Anne will tell you, certain gear slots show up more rarely than others.

Continuing and finishing the War Campaign and then moving on to the extra story quests added in patch 8.1 while you queue for PUGs or wait for your guildmates to get freed up to run low mythic+ keys is a good idea. Your main city should have a breadcrumb or two to direct you toward the action.

I will say that I started doing pet battling seriously when my daughter was just slightly older than your little one right now. It’s something you can do solo, and with one hand free if you’re holding a baby, while also scratching that pseudo-social chatting with adults itch. Plus, the Warcraft setting is comfortable, almost homey to me at this point. I know that not everyone is into pet battles per se, but it led me directly to writing this queue so I gotta give it a shout out every so often.

Q4tQ: was it difficult going from commenter to writer? Do you ever miss the interaction?

When I started working for Blizzard Watch it was on the heels of the destruction of The Previous Site, so it was a really weird time just in general. I had already been writing my own pet battling guide site for nearly three years however — Battle Pet Roundup turns seven next week! As such the amount of time I was spending hanging out in The Queue was already naturally slowly decreasing. I was inspired to start writing that silly little pet blog when there was an opening at The Previous Site and I realized that I had virtually nothing on my resume. As such, the transition into being a writer for Blizzard Watch was not necessarily the plan per se — because I… honestly didn’t think it would ever really happen — but the catalyst.

I do miss sometimes being able to just post whatever ridiculous nonsense I want without worrying about showing my Horde bias, and I definitely bemoan slow news days quite a bit more now. I’ll also admit, even though it’s probably a little unprofessional, sometimes I still completely geek out on the inside that I get to do what I do. The other day I added an em dash to a Rossi KYL, you guys! I get to write The Queue sometimes — THE Queue! Me from 5 years ago is still freaking out. Hopefully, mostly on the inside. Be cool man, be cool.

So, I guess this is my way of saying thank you to all y’all for letting me do what I do. Even when I have my professional hat on there’s still that part of me that just marvels at everything we’ve done — both the writing team rising from the ashes, and our fantastic community which helped us do just that.

Even if it does mean having to look at the explosion, Adam.

Blizzard Watch is made possible by people like you.
Please consider supporting our Patreon!
Filed Under: Funko Pops, I Just Feel Like My Heart Is Going To Burst Because It’s Full Of Rainbows, Lucio-ohs, Pet-battles, Returning Players
Advertisement