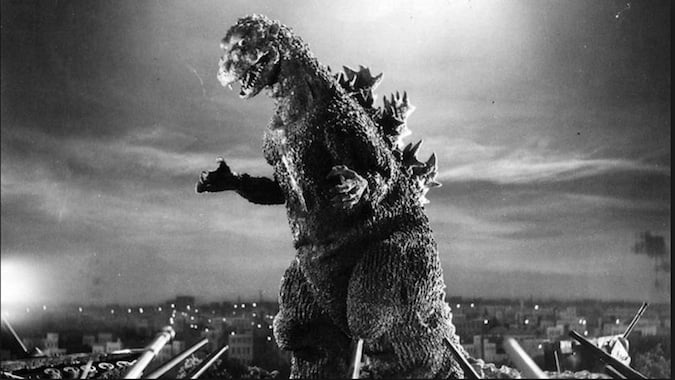 In 1954, Ishiro Hondo unleashed a new kind of movie monster. Called “Godjira” in Japanese, this monster has become a cultural phenomenon. It’s hard to find anyone who doesn’t know Godzilla, thanks to 38 movies, dozens of cartoons, and thousands of references in other media. Another Godzilla movie arrives on May 31, 2019. Titled Godzilla: King of the Monsters, this movie promises to deliver more Godzilla action and the return of old Titan favorites.

The original — my all-time favorite — was a cinematic response to the dropping of the atomic bombs on Hiroshima and Nagasaki, as well as the little known incident involving a Japanese fishing boat and the radiation exposure of her crew to a nuclear blast by the US on Bikini Atoll.  In the original movie, Godzilla was the result of mutations caused by use of atomic weapons. His breath weapon is an atomic lightning breath created by internal charging. The only way to cease his destructive rampaging in the original movie was to lure him back into the ocean and then deprive that section of oxygen. But it never really killed the monster. 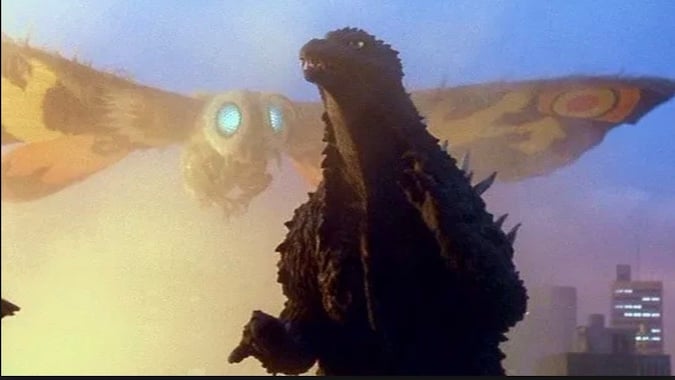 The Guinness Book of World Records recognizes Godzilla as the longest continually running movie franchise. There have been 38 movies in total across three studios. The original was released in the US in 1956 but Raymond Burr was added to give context to what people were seeing. I prefer the original movie without Burr, but it’s not the one most likely to be shown at midnight on your local TV.

Godzilla movies come and then fall into hiatus, but there are four distinct periods of movie making from Toho Co., Ltd.— Showa, Heisei, Millenium, and Current. In the first period — running from the first movie to 1975 and Terror of Mechagodzilla — the monster became increasingly comical. Camp was in huge supply here. This is the height of the guy in the rubber suit marching across a balsam constructed city, smashing everything in his path.

My second favorite Godzilla movie is from this period — Godzilla vs Mothra — released in 1964. This is probably the best visual definition of “camp.” Godzilla is rampaging. Humanity finds another giant monster who they hope will help them beat Godzilla back into the ocean. If you haven’t seen one of the older movies, go find this one. It’s hilarious.

During this period of movie making, Godzilla became a superhero; a friend; and — eventually, in Son of Godzilla — a good monster. His archenemy, King Ghidorah, was introduced. To a lesser degree, Mechagodzilla is close to Ghidorah in villainy, but most rankings put the former ahead of the latter as being Godzilla’s main enemy. 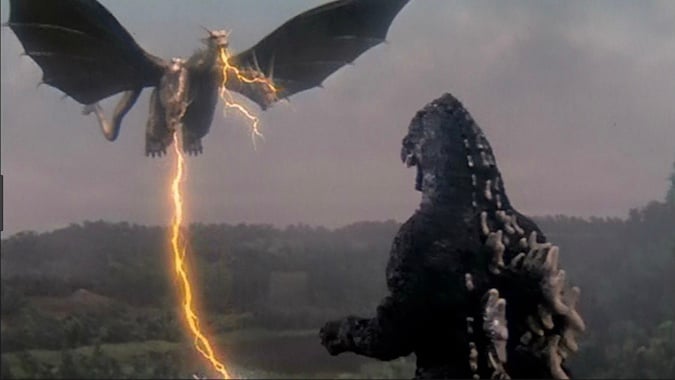 It’s this foundation of Godzilla being a savior on which the 2014 Godzilla movie — released by Legendary Pictures and Warner Brothers — stands. New villains — MUTOs — were unleashed on the world and humanity’s best hope lay in Godzilla. The monster was on the screen a grand total of 8 minutes and didn’t show up until an hour into the film. Still, when one compares it to the infamous 1998 Sony production where Godzilla is a velociraptor, this movie was way ahead in telling the monster’s story.

And now, a new Godzilla movie is about to arrive. What we have seen from trailers is a return of Rodan, Mothra, Gamera, and — hearkening way back — King Ghidorah. A recent comment by director Michael Dougherty confirmed there will be new Titans not of the original universe in the movie. Does Godzilla team up with the other Titans to fight these and King Ghidorah? Are these separate titans like the Mutos? Do the Mutos come back? Can you ever destroy a Titan and how much time does Ken Watanabe get to furrow his brow and look concerned? We’ll have to see. 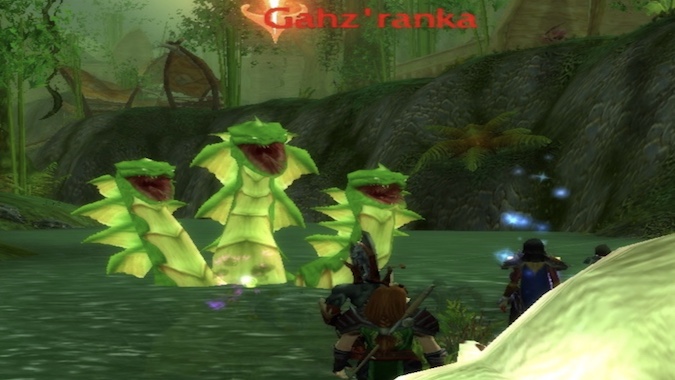 Godzilla in World of Warcraft

I would be remiss if I didn’t mention Godzilla references in WoW. There doesn’t seem to be a direct Godzilla in the game — and even a spoof might draw the ire of Toho, who are fiercely protective of their star. But pulling pop culture into the game is one thing Blizzard is good at. In Blackfathom Deeps, there is a turtle boss named Ghamoo-Ra, and in Hinterlands there is Gammerita. Both of these are references to Gamera, a rival Titan produced by Daiei Films. There are long discussions about who would win if Godzilla and Gamera met.

In Zul’Farrak, you summon Gahz’rilla who drops a dagger which has a chance to surround you with electricity. In the original Zul’Gurub, you summoned Gahz’ranka. Outside of Dazar’alor, you’ll find the rare, Gahz’ralka. Each of these is a 3-headed hydras, an homage to Ghidorah.

There are two monsters in WoW which are the best references to Godzilla. Biolante is found in eastern Gorgrond on Draenor. It is the object of the Gorgrond Monster Hunter achievement. I didn’t like Biollante in the movies so it was a lot of fun to kill it in Gorgrond. 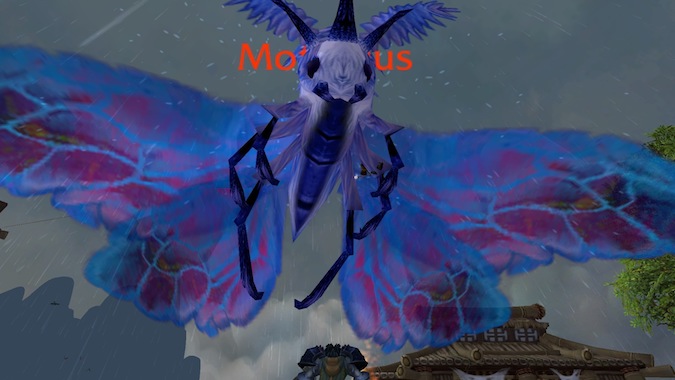 The hands-down best Godzilla monster is Mothallus in the Silken Fields in Valley of the Four Winds in Pandaria. No, it doesn’t bear any resemblance to Mothra. I took quite a bit of damage when my main had to do the quest to kill it because I was laughing so hard and unable to attack.

I’m looking forward to the new Godzilla movie. I liked the rebirth in 2014 in spite of his lack of screen time. Taken as summer escapist fare, that movie delivered all the excitement I expected. I’m hoping there will be more monsters on the screen with this new one. After all, as much as I like to watch Ken Watanabe act, I’m here for Godzilla.