The Queue: Yesterday was Thursday 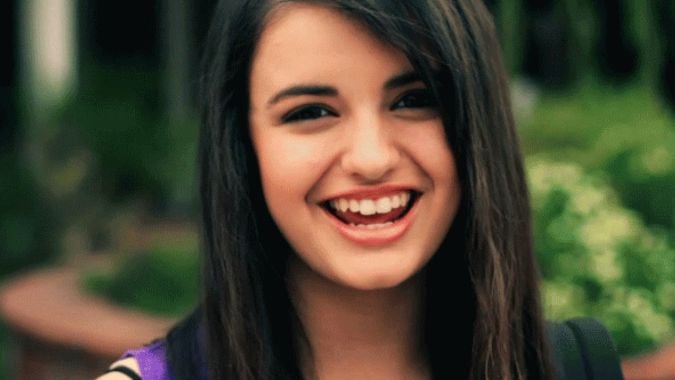 I know I told you all that I’d be writing yesterday’s Queue — and that was the plan! I promise! — but I must tell you… that was not me. That was Jovan pretending to be Rossi pretending to be me. Don’t worry, though, I am the real me today.

Or, I guess worry if you hate me. Either way…

KALCHEUS ASKS A QUESTION ABOUT EQUALS:

Q4tQ: So Mitch brings up something I was going to discuss: Talanji claiming equality for the Zandalari with the Horde. This makes me wonder: would Blizzard split the Horde in the nexpac? Separate storyline based on which side you take (the war campaign aspect, zone quests would be shared). Obviously this begs the question as to what the Alliance does while all of this is going on.

[And then Kyle lists out potential teams.]

While I do think the next expansion is going to have some sort of major shakeup in terms of factions, you already brought up my main issue with this theory — what would the Alliance do? There’s no way Blizzard would ever do something like that for one faction and not the other.

Now, there have been rumblings of unrest from within the Alliance, but nothing as major as the ones within the Horde. 8.2 and 8.3 would need some serious development to make that happen. What I do think, though, is that we’re going to see some sort of readjusting of faction lines. What those entail is another question.

Don’t get me wrong — I’d be all for an all-undead or pro-Sylvanas faction. I just don’t think it will happen.

I’ve sent out probably 40 applications in the last three weeks and haven’t heard from any of them. This is discouraging.

I know how it can feel to continually apply and not hear back. But you’re doing the right thing — sticking with it and applying to tons and tons of places. And in case you’re not doing it already, branch out a bit. Don’t turn down any opportunities, even if they don’t necessarily sound like what you were looking for. My non-BW job is one I delayed applying for until the last minute because, based on the pitch, I really wasn’t sure if it would be my kinda thing. I am so glad I finally reached out, though — I absolutely love what I do, and I was thiiiiiiis close to missing out on that because I almost ignored an opportunity that I was unsure about.

LENTEP, SORRY I DON’T HAVE A BETTER ANSWER:

Throughout this entire expansion so far and all the talk about Sylvanas being Garrosh 2.0 I’ve always felt sure that there has to be more to it than that… all the way up until now and the new storybits for the warcampaign.
Now, after that, I can’t but feel that there’s no other way they can take the story anymore. Your thoughts on this?

This gets brought up somewhat frequently, and my answer doesn’t really change. I think we need to wait to see BFA’s full story before we can really make that call. The narrative in WoW has never quite been told on the level it is now, and I have trust in the writers that they’re not going to “Garrosh 2.0” Sylvanas.

How? I don’t know. But I do believe they won’t let that happen.

What I will say is that, while Sylvanas definitely hasn’t done anything favorable (by most players’ definitions, anyhow), she is not as prevalent as Garrosh was. She’s still working mostly in the shadows, and we don’t know what she’s been scheming. Any time we saw Garrosh, his goals were clear. His methods clearer. He wanted power, and it didn’t matter what he had to do to get it or who he pissed off in the process.

If literally anyone had said, “I’ll be your ally but we’ll be equals,” how do you think he would have responded?

That’s why I think this will be different. Players may dislike Sylvanas (almost) as much as they hated Garrosh, but her MO is completely different. We’ve seen her do things Garrosh might have done, but we’ve also been absent for many more things she’s doing. I think it’s those actions in the shadows that will make her story a third-act divergence from Garrosh’s.

DTAIL 🐻, I SHOULD HAVE LOOKED AT THIS QUESTION CLOSER BEFORE PICKING IT. OH WELL.

Having problems myself on getting things done on one character,
I’m wondering what makes some of you guys having many, and for some,
MANY high level characters. Like 15-20-A million. OK 50, but still.

Also, I really get the idea of trying multiple classes, but I’m still struggling to be
the best of the best at my one (two) spec(s), so I’m puzzled on how you can remember
all the different spells/rotations for those many different classes/specs.

Oh man, I am so not the right person to answer this. Uhhh…

Okay, I legit am not someone who has a lot of alts. But I will say that a lot of WoW’s classes end up using a similar-ish rotation. (Ramp), build, spend, cooldown, execute. Most of my characters’ rotations end up looking the same (E, E, E, Shift-E, E, E, E, F, R) because the same types of skills exist across many classes. If you can figure those out and map them accordingly, you should be okay for at least the basic rotations.

If you want to min/max a bunch of characters?… I dunno. See what the alt-crazy commenters have to say ;P

ROWSDOWA HAS A QUESTION ABOUT OLD GOD BUG THINGS:

Was reading through some of the BfA reveal stuff from blizzcon 2017, and apparently there were originally supposed to be Aqir in Vol’dun. That would have been cool had it panned out- I mean, we haven’t seen any Aqir since the Arcatraz, have we?

That said, what were you looking at that said they’d be in Voldun? I know they’re part of the backstory — they turned a beautiful, lush jungle into the desert it is today — but I don’t know if we were ever meant to encounter them. Either way, we have seen Aqir since Arcatraz! (And if you meant the Qiraji, we’ve only seen them very briefly during Cataclysm.)

AUSSIEEEVEE ISN’T SURE HOW TIME WORKS:

How much in universe time has passed since Warcraft 3 and Battle For Azeroth?

Anne is the best person to ask, but going off of the unofficial timeline from Wowpedia, it looks like… 11 or 12-ish years have passed? Anduin was officially 10 at the start of WoW — which was 4 years after Warcraft 3 — and he’s now 18. So 8-ish years have passed since WoW released, and there were 4 years between that and the end of Warcraft 3.

It’s not an exact answer, but it’s still pretty dang close to what I remember it being. Which is to say, a whole heck of a lot shorter than I thought. So much has happened in WoW that it feels like decades have gone by. Really, it hasn’t even been one decade.

MUSEDMOOSE ASKED THIS THE OTHER DAY AND I’M RE-ANSWERING IT NOW:

Question for the pending Mitch Queue:

What’s your bet on who we face as BfA’s final boss? With Azshara in 8.2 and plenty of hints at N’Zoth being a focus, do you think N’Zoth will be the expansion’s big bad? Will we fight more of N’Zoth’s minions, but not the Old God itself, with the final battle leading to an Old God-themed next expansion? Or will we see some major plot twist, leading to something none of us saw coming?

I don’t think N’Zoth is going to be the final boss of this expansion. I have precisely zero guesses as to who might be, mind you — but I don’t think it’ll be N’Zoth. I think he’s going to stick around for a while longer. Perhaps him waking up the other Old Gods is what ushers us into 9.0 and the reemergence of the Black Empire. I’d be all for that, frankly.

Sorry, I know I didn’t answer your question… but I genuinely do not have a clue where we’re headed, boss-wise.

APPARENTLY NOT HAVING 2BES WAS WHAT GAVE AWAY THE FACT THAT IT WASN’T ME, SO…

Lothar: It’s a tie between Captain Marvel and Captain Placeholder. The former because Brie Larson, the latter because nostalgia.

Kale: Who is the second one, exactly?… I’m giving this to Nola, but only because of the voice actress. The new “draw a shape” WQs are awful, and Nola clearly can’t tell what shapes actually are.