In Battle of Dazar’alor, there are twice as many Holy Priests as Discipline in Mythic, and three times as many in Heroic. Uldir had less drastic numbers — the two specs were nearly even in Mythic, but still half as many Discipline Priests as Holy in Heroic. Based on the amount of times I have seen “WTB Disc Priest” from recruiters, or high-progression guilds trying to bribe Discipline Priests to join them with promises of Innervates, they’re definitely viable and in demand. It just seems that most players are opting to choose Holy instead. 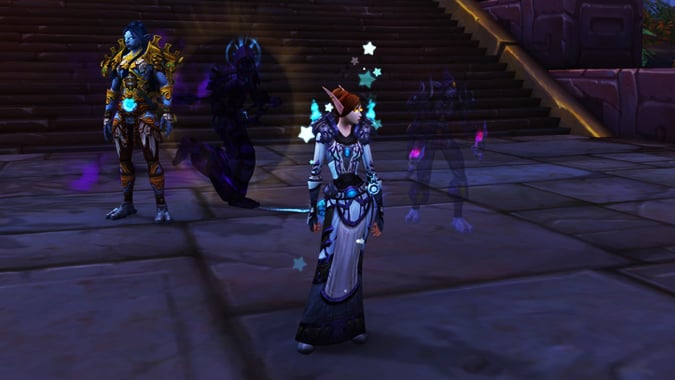 Most are playing Holy, but top guilds still use Discipline

Looking closer into logs, context shows that it’s not as simple as “no one is playing Discipline.” Overall numbers favor Holy by a large margin, especially in Heroic and early Mythic, but the disparity lessens as you get further into Mythic Dazar’alor. For the final two bosses, Stormwall Blockade and Lady Jaina Proudmoore, Discipline actually outnumbers Holy. On Mythic Stormwall Blockade, the logs are more closely split between the specs, but by the time you get to Mythic Jaina, there are five times as many Discipline logs as Holy. The statistics show both at very similar amounts of HPS as well.

While the disparity of total logs looks “bad” at first glance, the numbers don’t tell the whole story. It’s hard to claim Discipline is “dying” when Method took two Discipline Priests for their world first Mythic Jaina kill. Yes, there are actually people on the forums who think Discipline is a “dead spec.” For what it’s worth, the top Priest healing ranks in Mythic Dazar’alor are pretty split between Discipline and Holy, with Holy dominating the early bosses and Discipline dominating the later ones. There is a lack of Discipline Priests, just by the fact that recruitment is high for them, especially by guilds doing those later bosses. It’s in demand at higher levels, but there are various factors that lead to fewer Priests choosing Discipline over Holy.

Discipline is harder to play well

Played correctly, Discipline can be very strong. But that’s the key. It needs to be played perfectly in order to be good, whereas Holy can do moderately well with a lower skill. Discipline has had a steep learning curve since Legion and the difference between playing Discipline well and playing it mediocre can be the difference between being on the top or bottom of the healing meters. If you mis-time your Atonements and miss the burst window, all that effort is null and your healing turns into overheal. The margin for error is much smaller than Holy. Discipline can also be very mana-intensive, especially if you don’t any Wisdoms or Innervates from Paladins and Druids.

Proactive healers are incredibly strong, but only if they can properly predict and time the damage, and if nothing unexpected happens. Discipline’s burst windows are great for an ability that you know is incoming, but it doesn’t help with RNG or if something goes wrong. Reactive healers can better cover mistakes. In high-end raiding, it makes sense to use Discipline when they know everyone is at the top of their game. For your average team, I bet we all know a Jim who is inevitably going to step in that bad thing.

However, this we all knew in Legion. Battle for Azeroth brought a couple more factors that have pushed it out of favor. The nerfs from patch 8.1 didn’t help. They balanced the spec to be middle of the pack instead of overpowered like it tends to be, but that also made the spec more punishing to play. It’s not the flavor of the month anymore, so representation has dropped off. It also scales poorly with raid size due to a maximum amount of Atonements you can realistically put out for those burst windows. As a result, Discipline takes more work and preparation than your typical healer. It doesn’t lend itself very well to the regular player.

Holy has had rough times over the years, but since Legion and the revamp to be based around Holy Words, Holy has been doing well. In Battle for Azeroth, Holy’s throughput is pretty strong with a lot of AOE. While it doesn’t offer much utility, it does have a nice mana cooldown that will help all your other healers. Holy also has two strong healing cooldowns — Divine Hymn and Holy Word: Salvation. It still requires skill and proper spell management to play well, but it’s also more forgiving if you don’t play perfectly. This is extremely contrasted with Discipline’s all or nothing burst period approach.

To play Holy to its full potential requires managing your Holy Words to use them as much as possible for maximum efficiency. Burst windows can be solved by Sanctify/Prayer of Healing/Circle of Healing or by using a Divine Hymn or Salvation. The setup is still there, in making sure that your cooldowns are ready when needed, but it’s not nearly as intensive as Discipline’s Atonement ramp-up. If something goes wrong, you can pause or wait a bit. Discipline just loses that window entirely as the Atonements start to expire.

It’s well-known that when the WoW community latches onto a thought, a lot of people will follow it. In one of the Q&A streams, Ion once mentioned that the problem with looking at class diversity in logs is that people will interpret low representation to mean the spec is falling behind, so instead they flock to the “higher” spec. We can see that starting here with the disparity widening between Discipline and Holy parses from Uldir to Battle of Dazar’alor.

The rankings on logs can also be deceiving. Part of that ties into Ion’s comment about players gravitating toward what they see as “best.” Going simply by HPS alone, it looks like Holy is consistently outhealing Discipline. While Holy’s throughput is quite good, Discipline also brings a lot more utility that isn’t counted on the meters. Power Word: Barrier is an amazing utility cooldown, but its damage decrease doesn’t show up in any tangible way. Pain Suppression is in the same boat. It also functions the same as Guardian Spirit in that both act as a single target cooldown, but they appear far differently in combat logs. Guardian Spirit magnifies healing by 60%, creating even higher numbers, while Pain Suppression’s 40% damage decrease doesn’t show up at all.

Healing is also harder to quantify with logs, because so much is dependent on your raid’s skill, the other healers present, how many healers for your group, and so on. The highest rankings are often intentionally cheesed in order to get a high parse. Healing is a zero-sum game, so the point is to work with your team to keep your raid alive during the fight rather than just trying to do the most amount of healing. 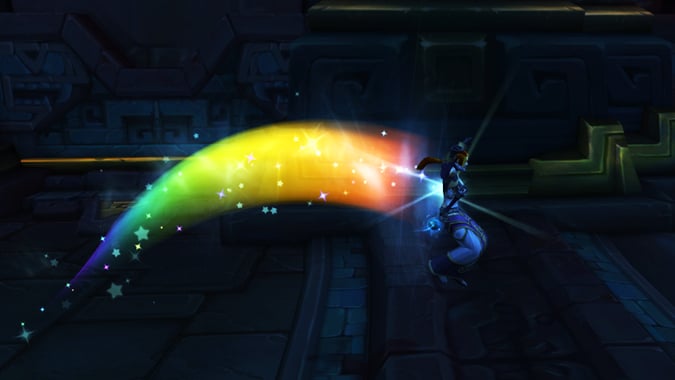 Play what you want

Upon looking at the logs, it can seem like Holy is massively overpowering Discipline. However, the amount of logs doesn’t matter that much. It comes down to how well you play and how it helps your team. Discipline is harder to play well, but it’s viable no matter what content you’re doing — especially if you’re good at it. As is Holy. At the lower levels of play, the difference between the specs is negligible. Theoretical HPS is entirely dependent on your skill and the ability of the group. At higher levels of play, where min/maxing can make a difference and theoretical HPS matters, Discipline is still desirable due to its damage and utility.

If you’re good with one spec, you’re going to perform better with it than playing an “overpowered” spec with mediocre skill. Some people are just better suited toward one playstyle over the other. Some fights also lend themselves to strengths of each spec. A lot of people new to Priests wonder what spec they should play. If you can play both specs then it’s worth it to swap as the fight demands. Otherwise, play what makes you happy.