Off Topic: What Moros intrepidus reveals about the growth of the Tyrant Lizards 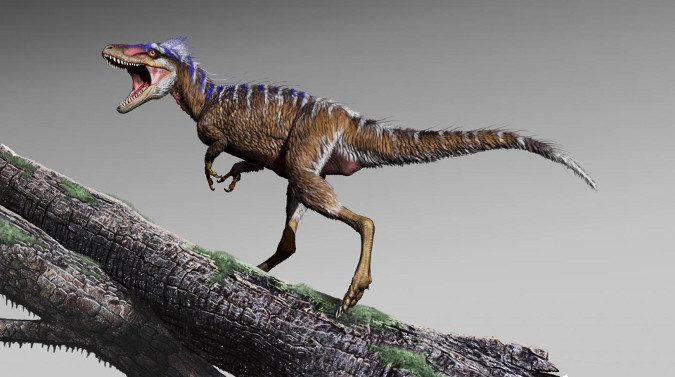 Tyrannosaurus rex means King of the Tyrant Lizards, and it’s an apt name. While there were other theropod dinosaurs that rivaled or possibly exceeded T. rex in size — although the discovery of Scotty helps put T. rex back in contention for the top spot, as it implies that the King never stopped growing and could have exceeded current discoveries in size — there are few that have managed to capture the public interest as the Tyrant Lizard King has. However, the history of the Tyrannosauridae has some pretty big holes in it — for just one example, the controversy over whether or not Raptorex was its own unique species or just a juvenile Tarbosaurus bataar highlights just how much we don’t know about how the coelurosaurs produced such imposing predators. Considering that the coelurosauria included a wide variety of dinosaurs — pretty much every dinosaur more closely related to our modern bird friends than the carnosaurs is a coelurosaur.

So how did the same family that produced robins and eagles also give us dinosaurs as varied as Compsognathus, Bambiraptor and, eventually, Tyrannosaurus rex? The fossil record for the Tyrannosauridae may have some pretty notable holes in it, but thanks to Dr. Lindsay Zanno, we now know more because we know have Moros intrepidus, the earliest member of the Tyrannosauridae found in North America’s Cretaceous fossils (Image credit to Jorge Gonzalez). The name means Intrepid Harbinger of Doom, as Moros not only traveled very far to get where the fossils were found, but it presages the rise of the massive predators that would descend from it.

This is an incredible find. While Moros intrepidus isn’t a complete skeleton and there’s a lot more work to be done to connect Moros to later, larger Tyrannosaur species like Appalachiosaurus, Dr. Zanno and her team have moved us one step closer to understanding how the Tyrannosaurs came to change from small, fast predators to enormous apex hunters with teeth and jaws capable of crushing the bones of even the largest of their prey with ease.