We’ve already talked about how the story of Diablo 3 opened. How the Fallen Star in New Tristram was really Tyrael, now a mortal, come to Sanctuary to warn everyone about the coming of the last two lords of Hell. How a wandering hero discovered they were a Nephalem, heir to the power of those ancient demigods born out of the union of Angel and Demon, and returned Tyrael’s blade to the Angel after Deckard Cain’s untimely death. Now Tyrael, Cain’s niece Leah, and the Nephalem traveled to Caldeum in search of vengeance for Cain’s death as well as a chance to prevent the last lords of Hell from conquering the mortal world.

This week, we talk about Caldeum. 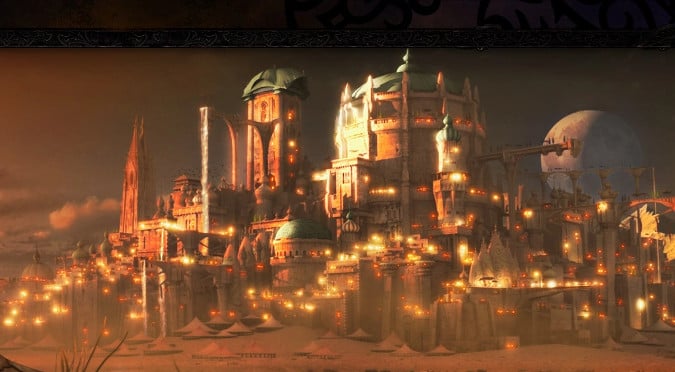 Once great, now a pit of vipers

Caldeum, the current capital of Kehjistan, has long been the largest and potentially most powerful city in the empire but it was not the capital before the coming of the Dark Wanderer and the reveal that the Church of Zakarum and indeed most of Kurast was tainted by Mephisto. But Kurast fell to the darkness of the Prime Evil and even after it was liberated, it sank into slow destruction — its nobles and the Imperial Court therefore moved to Caldeum and declared it the new capital.

It would be better for proud Caldeum had it never been so ‘honored’ as to gain this preeminence. Emperor Hakan I died after moving the capital, and his successor (not his son, but simply a boy chosen by priests loyal to Belial) Hakan II was too young and too inexperienced to be more than a puppet. Both Kehjistan and Caldeum suffered under the realm of this instrument of Belial’s will, who slowly and inexorably weeded out the corruptible from the stalwart and did away with those he could not influence or control.

Things progressed in this vein until the arrival of the travelers from New Tristram. Maghda, Belial’s servant and head of his Dark Coven, had earned the wrath of the Nephalem and their allies by her role in the death of Deckard Cain, and they hunted both Maghda and her master. The trail led them into the deserts surrounding Caldeum, and the Nephalem made the acquaintance of Asheara. As commander of the Iron Wolves mercenaries, Asheara had been widely respected throughout Caldeum, but the child emperor had turned his favor away from them and the Dark Coven’s rampaging through the nearby desert had not gone unnoticed by her. She told the Nephalem of the path to find Maghda and revenge. 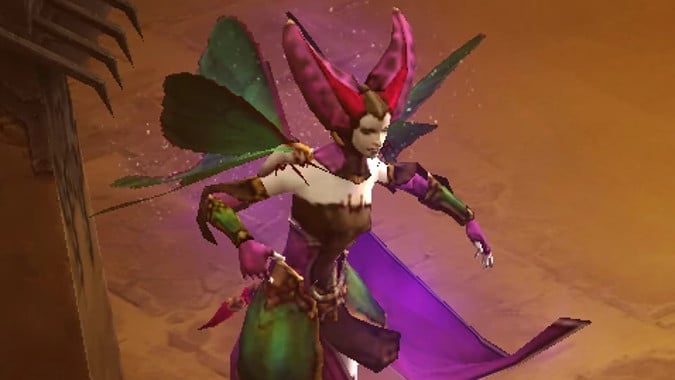 The Nephalem made their way through the desert while Leah, who had spent much of her childhood in Caldeum, instead chose to infiltrate the sewers. The Nephalem headed for the Khasim Outpost, meeting an enchantress named Eirena who told a story of having been placed in a magical sleep for countless years in order to confront an evil that would threaten all of Sanctuary. By this point, the Nephalem simply shrugged and invited her along on the mission to destroy Maghda and the Dark Coven. They found that the Coven had summoned Belial’s demons into human form and were ambushed by them at the Khasim Outpost, striking these devils in the form of Emperor Hakan’s own guards and freeing the Iron Wolves stationed there.

From Khasim the Nephalem marched across the burning sands to Alcarnus, slaughtering the forces of Hell as they went. The Dark Cover and their demonic masters had infested Alcarnus, but these were quickly dispatched and the people of the town who remained alive were freed from their cages where they’d awaited their own blood sacrificial deaths. The Nephalem then marched straight through the town, killed all the Dark Coven who stood in their way, and found Maghda. They exchanged words, Maghda boasting that even if she were to die, Belial still had captured Leah, but the Nephalem wasn’t interested in a discussion. 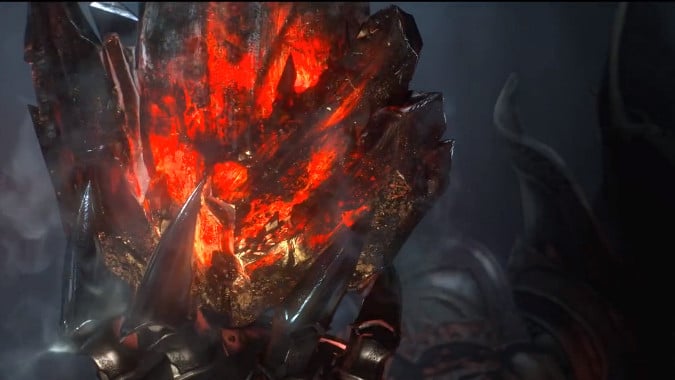 The Nephalem made their way back to Caldeum after Maghda’s death and convinced Asheara to intercede with the Imperial Guard, gaining access to Emperor Hakan II. The Emperor was not particularly interested in the Nephalem’s tales of evil covens and the destruction of Alcarnus, and produced Leah, captured by his own Imperial Guard. He left, claiming disinterest in the whole affair. Once he was gone, the Guard transformed into Belial’s hideous serpentine demons, but the Nephalem made short work of them and escaped with Leah.

Leah revealed to the Nephalem that she had found evidence that her mother, Adria, was still alive and had been captured by Belial’s servants. The two of them made their way through the sewers, and indeed found that Leah had heard truth, as the serpent demons of Belial were interrogating Adria with their Hellish magics. They demanded to know where the Black Soulstone was, growing more enraged as Adria declared that Belial’s fear of the Soulstone was well placed. Soon the Nephalem had relieved them of their captive and their lives, and Adria joined Leah, Tyrael and the Nephalem at their camp just outside of Caldeum.

Adria revealed to them that there was a fourth Soulstone, superior to the ones Tyrael had made to capture the spirits of the Prime Evils. This one had been created by Zoltan Kulle, a depraved but brilliant former member of the Horadrim who intended to make a Soulstone that could not only contain multiple souls at once, but could capture angels as easily as demons. Tyrael had assumed the Soulstone had been lost with Kulle’s death, but Adria knew it still existed — and that in order to find it, they would need to make a deal with Kulle himself, despite his having been dead for a very long time. 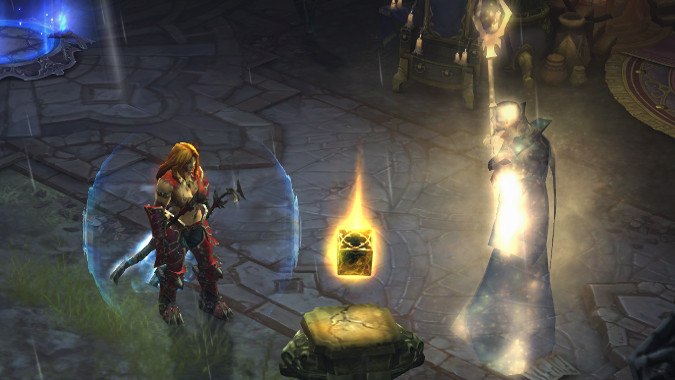 Without much choice, the Nephalem went forth into the lands ruined by the ancient Mage Wars and sought Kulle’s head. After finding it, they brought it back to their camp, where Leah used the strange power within her to contact Kulle’s spirit. The ancient wizard had once been called the greatest of the Horadrim before his death — the creation of the Black Soulstone and the way the Horadrim had torn his body apart to prevent his return only served as confirmation of his immense magical gifts. True to form, Kulle only sought one thing — his own benefit. He offered to tell the Nephalem where the Black Soulstone was, but in return, he demanded that his body be assembled from where the Horadrim left it and he be returned to life. Seeing few alternatives, the Nephalem agreed.

Kulle viewed himself and the Nephalem as kindred spirits, both possessed of extraordinary power and descended from the ancient demigod-like Nephalem of old. He offered to join forces with the Nephalem to rule Sanctuary, claiming that neither Hell nor Heaven could be trusted, that the Nephalem’s own allies would betray them and that only Kulle was being open and honest with the Nephalem about his intentions. Upon finding Kulle’s body and returning it to life within his own sanctum thanks to Leah casting the spell that Kulle taught her, the now living Zoltan Kulle led the Nephalem to where the Black Soulstone lay.

But Kulle was astonished to find that someone had marked the souls of the Evils, and five lords of Hell already resided in the stone, trapped there since the days of the Dark Wanderer’s march across Sanctuary. Diablo, Mephisto, Baal, Duriel and Andariel had all been drawn to the Soulstone and were now imprisoned within. Kulle repeated his charges — the Nephalem could rule Sanctuary and protect it from both the demons and the angels, his allies were certainly not to be trusted — and offered again to join forces. The Nephalem refused, and after a bloody battle Kulle returned to death… in as much as he was capable of dying.

Now, with the Black Soulstone in their possession, the Nephalem turned their attention on Caldeum and Belial. Next week, the Nephalm deals with the last two lords of Hell, and victory is assured — isn’t it?