The Queue: So Many Games 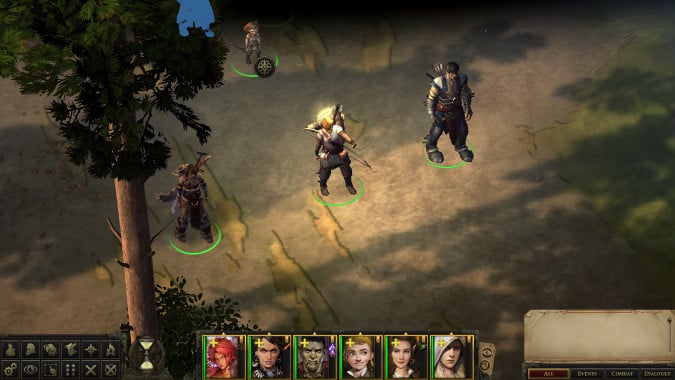 So this past week the new DLC for Assassin’s Creed Odyssey came out, the raid finder for Crucible of Storms dropped, and I finally got the final DLC for Pathfinder: Kingmaker, so there’s been a lot of games I could be playing while at the same time I have real life stuff to do. It gets kind of tense to try and carve out time to play when you feel like it means you’re not doing what you’re supposed to do. Right now I’m giving myself a little time to play Kingmaker while writing this Queue. That’s my Aasimar Paladin, who is really mostly just a Two-Handed Weapon Fighter with  one Paladin level just to be contrary. Both this game and the Odyssey DLC have made for a lot of enjoyment this week, so I’m gonna ask you guys — what have you been enjoying? What are you guys finding yourselves engrossed in?

QftQ: Have you ever acquired something and used it without initially realising it was valuable and worth selling instead? (Doesn’t necessarily have to be WoW related)

The entire Exalted set of green plate items used to sell for a lot of gold (no idea if it still does or not) and I got pretty close to all of it in one AQ run. I didn’t even check the AH before putting all of it on because I did not have that transmog appearance and wow, the amount of gold I could have gotten could have paid for WoW for several months. Ah well. I’m happy to have the appearance.

SOEROAH HAS A NAME THAT MAKES ME THINK OF PYRAMIDS

Has anyone else noticed how Blizzard sneakily achieved a minor goal?

I remember them saying they didn’t like the term “vanilla”, but since announcing Classic everyone has started calling the original incarnation of the game Classic instead of Vanilla, and I find that amusing.

I still kind of use both interchangably because I used to love Vanilla Coke and I always called it Vanilla Coke Classic. But yeah, I guess Blizz has managed to get that name to switch for most people which is kind of interesting. I find myself thinking about WoW Classic and what it says about modern gaming and nostalgia among a certain core group of gamers, but that’s the kind of thought that should probably be spun out into a full fledged article.

LOTHARFOX ASKS A QUESTION THAT REQUIRES THE BRONZE DRAGONFLIGHT TO ANSWER

Q about Know Your Lore: Were there ever any Tinfoil Hat theories about Caverns of Time, and how the world (of warcraft) would be different if the Infinite Dragonflight did succeed in any of the dungeons?

We have done a lot of KYL’s over the years. We’ve done them on just about every topic imaginable, and unfortunately the ones that ended up absorbed into a specific site are not easily searchable so I honestly can’t say for absolute sure how many of those we’ve done. I feel fairly certain that we have. If not myself, almost certainly Anne has. And I know we’ve certainly had conversations about that very subject on the various podcasts we do.

I haven’t done as many TFH KYL’s since we moved to this site, and maybe I should get back into it and try and work out what goal the Infinites could possibly have had with all they’ve done. One of my last KYL’s for the old site was about how we missed the real story of the End Time dungeon and that was kind of a TFH, maybe I should take another run at it.

Heck, why not ask — what subjects are y’all interested in for KYL’s? Might as well leave some comments, Anne’s up on Monday.

GINAC IS FAR MORE DETERMINED THAN I AM

So I started leveling my alts through Island Expeditions in a continued search for the Twilight Avenger mount.

A guy wrote on Wowhead that he farmed the mounts solo (with 3 accounts, and in total he ran them 14,061 times. It took him 13,338 attempts to get the Twilight Avenger.

Really, Blizz? This is almost as insane as the Paragon mounts. I mean… I’d really like to play other parts of the game, but I really want that mount.

Those are the kind of numbers that keep me from farming for a lot of things. Look, I just don’t have the patience to run expeditions thirteen thousand times to get a mount. I’m impressed by the dedication of anyone capable of doing that. I mean, I’ve been killing Ordos weekly on multiple characters for years now, but even then it’s a few thousand times at most. Thirteen thousand? My hat, which I wasn’t wearing anyway, would be taken off to show respect for you were I wearing it.

DILLENE GETS ME TO WAX PHILOSOPHICAL

So I’m going to see Endgame tonight, and I’ve been fairly diligent/lucky about avoiding spoilers. Do you ever get so involved in avoiding spoilers for something that you’re mildly disappointed when you finally get to see the actual story in question and it gives away all the spoilery plot points?

Honestly I feel like the obsession with avoiding spoilers can be detrimental to our enjoyment of a work of art and the discourse that surrounds it. Yes, at times we want to go in and experience something for ourselves without outside knowledge or preconceptions, but in some cases that’s not feasible and we work so hard trying to reach this unattainable standard of innocence that we end up fetishizing a lack of awareness. When someone tells me a film was ruined for them by a spoiler, I wonder how good the movie could possibly be if knowing something that happens in it made it that much less in their eyes.

I saw The Usual Suspects knowing the twist.  I saw Seven again knowing what was going to happen at the end. I was fully aware of the supposed big reveal of The Crying Game and I didn’t feel like that knowledge ruined the film. I’m not saying we should all be cavalierly running around throwing all the story details of recent films at everyone without asking if they’ve seen it yet, not at all — but I don’t like that friends of mine get so afraid they’re going to see a spoiler for a film that they disconnect from everything and hermit up for days to avoid it.

Part of me has actually wondered if I’d be better off going ahead and spoiling the film for myself just so I wouldn’t have to bother dodging spoilers, but in the end I’ve decided that I’ll just see what happens. If I make it to the movie without having plot details revealed, awesome. If not, I’ll deal with it. It’s not like I’m not going to see the film, so in the end, that’s all I can do.

Okay, that’s me for this Friday. I hope y’all have a good weekend. Thanos retires to start a Corgi breeding ranch and one of the Corgi’s gets the Infinity Gauntlet. That one is utterly made up.

Blizzard Watch is made possible by people like you.
Please consider supporting our Patreon!
Filed Under: Fun, Games, Lore, Spoilers
Advertisement