To get into BlizzCon this year you need the AXS app, but it isn’t nefarious — really. 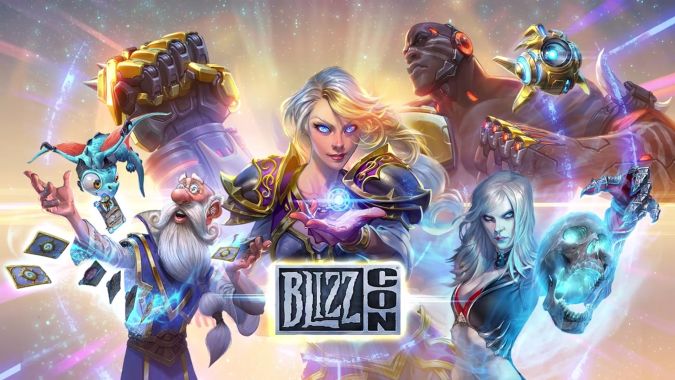 I will be up front — I am an old curmudgeon and I hate change and newfangled things, even as I am also violently opposed to nostalgia and the idea that change is bad and we should keep the old ways. I contradict myself like Walt Whitman if he were split into his good and evil sides by a transporter accident in an old episode of Star Trek is what I’m saying.

Even an old curmudgeon in constant internal war with himself recognizes that it is 2019 and the relentless march of technology is constantly shifting the goalposts on us in terms of what we do and don’t do with those magic talismans we carry around and call ‘phones’ nowadays. I mean, I go to the movies and I don’t give anyone at the theatre any money or even get a ticket, I just wave my phone at them and they point a weird plastic gun at it and then they let me in to see Avengers: Endgame because I bought the tickets two weeks before I showed up.

And so, I’m of multiple minds about the AXS app and how it is required for us to get into BlizzCon this year. Old curmudgeon me hates it. God, it says, yet another creeping instance of technology run amok, what if I don’t want to have to bring my phone to this convention? I have actual good reasons to not necessarily want to have to produce my phone to get in, much less download an app that’s going to request a lot of permissions from me. Even if we realize that calling the app ‘spyware’ is pushing it — some have called it worse, in fact — I do understand and even sympathize with those who feel like yet another app farming information from my phone can be somewhat onerous when in the past I could just get tickets.

I say this like I ever actually got to go to BlizzCon, so please forgive me for both any ignorance and any seething envy I might be feeling right now.

As this post on Reddit in response to the first post makes clear, the AXS app isn’t doing anything that a host of sites on the internet and a whole lot of phone apps don’t already do. While I’m still not thrilled that Blizzard is doing this, I can’t pretend that I don’t already have like three apps on my phone that do exactly the same thing — that aforementioned movie app, YouTube (yes, YouTube asks for a lot of permissions in much the same way as AXS does) and Twitter.

In fact, for years now people have been telling us to keep closer tabs on what we let our phone apps access, and the AXS app is not an exception to that nor is in particularly egregious in its demands. And you can even refuse to let it have those permissions and it will still work, so it is in your hands what AXS accesses and what it does not.

This doesn’t make me love AXS, or the change, but I get why it’s happening. Like it or not, the small computers we call phones now are moving from luxury items to daily necessities and they touch every corner of our lives. Using AXS like this makes it easier for Blizzard to track tickets and who is buying and trading them to others, while reducing things like scalping. There can’t be anyone reselling BlizzCon tickets for profit when there aren’t any tickets out there would be the logic.

It remains to be seen if people will find a way around that — I wouldn’t bet against them. People always find a way around things, and find whole new ways to use new tech to accomplish things no one was expecting. For now, though, don’t worry that AXS will allow Blizzard to do anything particularly nefarious with your phone’s information — at least not anything more nefarious than half a dozen companies are already doing, anyway.

Blizzard Watch is made possible by people like you.
Please consider supporting our Patreon!
Filed Under: AXS, BlizzCon 2019, Reddit, Ticket, Ticket App
Advertisement