This raiding tier is not fun for a number of reasons. Is casual raiding dying? 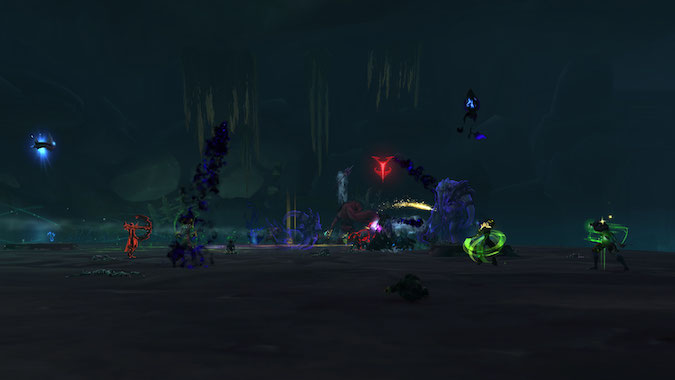 My guild will never, ever get an Ahead of the Curve achievement. That’s not our focus. As one guild member put it over a decade ago, our race to the end is more of a saunter — although we are in current content, we take our time. I’m finding the raiding in Battle for Azeroth more than a little off-putting, more than a little strenuous, and more than a little frustrating. In my conversations with others outside my guild, they feel the same.

I’m not the only one. Fiannor wrote a widely shared blog post which has touched a lot of feelings about this subject. I want to highlight some of the points in their post. 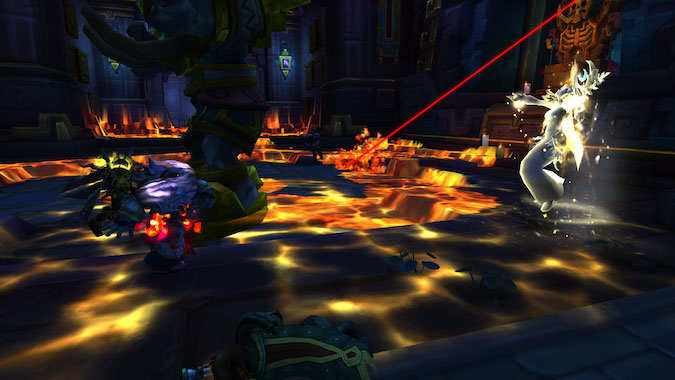 There’s a lot to muse about with just these four points. When we left Mists of Pandaria and headed into Warlords of Draenor, we were told raiding changed to meet the changing player base. LFR would become “tourist mode.” Some mechanics are simply not in LFR for that reason. “Normal” would be the casual friends and family run. “Heroic” would become what normal used to be — the difficulty for regular non-elite raiding guilds. And “Mythic” — that’s where the elite go.

For the average raiding guild, the idea was you could go into Heroic mode and be successful. Through Warlords and Legion, that was true. It’s not in Battle for Azeroth.

What my guild has found is the “brief” before a boss fight — even if it’s a boss we’ve been working on — takes 20+ minutes. You have to go over everything — every attack. The average time my raiders have spent in the game is 5+ years. We know raid mechanics — I would consider us casual but experienced raiders.

Yet, the precision needed on some of these fights is damning. Remember the “bring the person, not the class” philosophy? That’s out the window now. If you don’t have enough people who can cleanse magic effects on Opulence — at least four — people die. If you’re short a cleanser, might as well go find something else to do. In any guild it wears on morale when, after a wipe, someone says, “I don’t know what killed me” and a healer says, “I couldn’t get to you in time.”

This kind of stress level for casual guilds is something I’ve not seen in all my years of playing. 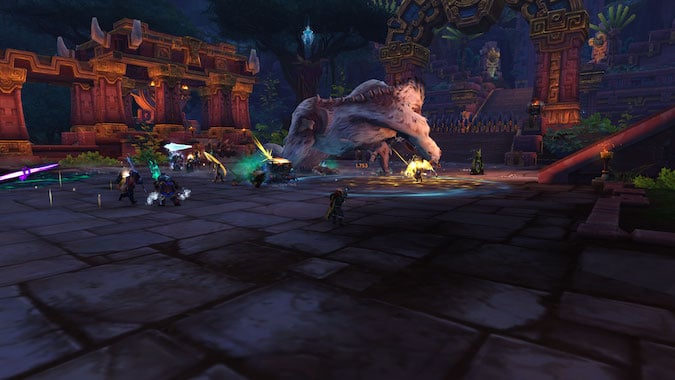 Play something else, maybe?

I can hear many of you snickering and outright laughing at us. “Just don’t do content you aren’t suited for,” is your reply. But here’s the thing — in years past going all the way back to Onyxia, the first raid I ever did, the execution of raid mechanics wasn’t as exacting for casual guilds as it is now. You could find a way to be successful regardless of the encounter. I remember our first attempts at Arthas. It felt as if mechanics were added just to be added. The brief was 10 minutes long. “And then he goes into phase 5 and you need to run here,” the raid leader intoned. We were in Cataclysm gear which made the fight easier but not a stroll. You still had to execute what you were instructed to do.

I’m less irritated by the Arthas fight as time has passed because I can see an overall story told with the fight. I’m lacking that context in Battle of Dazara’lor and certainly in Crucible of Storms. I find myself agreeing with Fiannor that mechanics seems to be added simply to make the battle harder and longer, not because they have any value. “Let’s have the boss do this because we can,” is not good design.

When people are choosing not to come to raids because the raid provokes feelings of uselessness or futility or raid leaders you otherwise love to game with are short and churlish because mechanics are simply difficult, gradually, people decide this game isn’t worth the hassle. 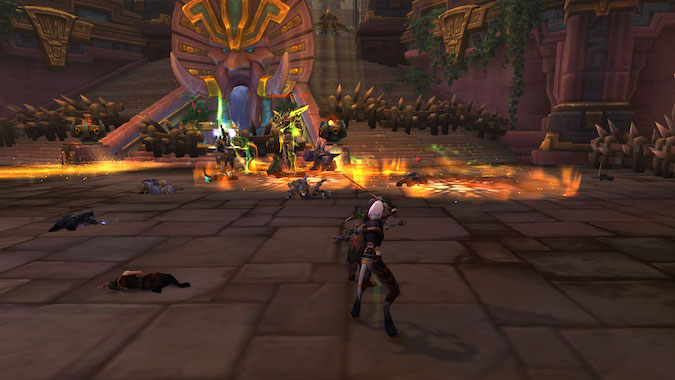 I am not asking for a complete dumbing down of raiding. I believe very strongly some kinds of raiding just isn’t for casual guilds until they way overgear it. I don’t have a problem with that. Adding mechanics seen only in Mythic level is not a bad thing, for instance. The breadth of this game is such that there is something for everyone. That’s the beauty of World of Warcraft.

But I’m irritated that the struggle we casual guilds are having with what we are told should be our level of raiding. It’s causing good people to quit and guilds to fold. It’s not because they dislike the overall game, but because they dislike the exacting nature of this raiding tier. I don’t want to have to raid at the level of the top tier guilds. If I wanted that experience, I’d run my guild completely differently.

My guild will endure because we look outside this raiding tier for challenges. However, there are major concerns. People are quitting. Maybe it’s real life. Maybe they feel bored with the story. But I’m also wondering if it’s just not fun anymore.

When we go into Dazar’alor, we don’t joke around. We don’t do the silly things we’ve done in years past. Discord is very quiet. The whole tone is different. I adore the people I raid with, but I worry about morale.

It’s just not fun and if a game isn’t fun anymore, why play it?

Update: Made a clarification about Opulence’s Hex of Lethargy, which is a magic effect despite the common parlance of “decurse”

Blizzard Watch is made possible by people like you.
Please consider supporting our Patreon!
Filed Under: Battle For Azeroth, Casual Raiding, Opinion
Advertisement