Off-Topic: We hope you’re ready for the mythos and horror of the new Judgment of Atlantis DLC for Assassin’s Creed Odyssey 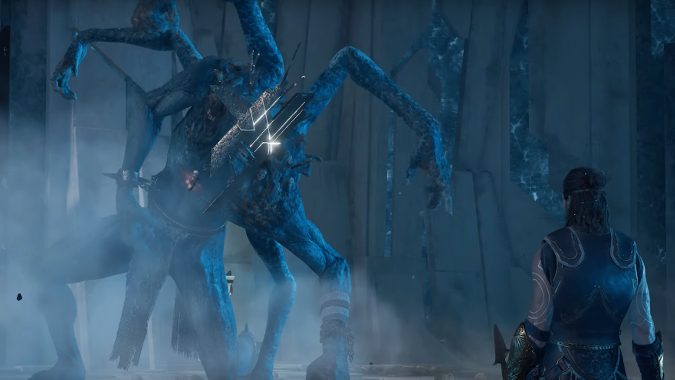 The waiting can be the hardest part, but the wait is almost over for Assassin’s Creed Odyssey fans, as the last chapter of the Fate of Atlantis DLC for the game is about to drop. And it’s a doozy — bigger than either of the previous installments. There are hours of content based around the series staple mythology, the ancient Isu First Civilization that created Humankind in their image and made all the Pieces of Eden we’ve seen in various Assassin’s Creed games going all the way back to the first one.

Since this will be the last major content release for Odyssey, it’s good that it’s going out with a bang — new craftable Legendary items, a spiffy new set, and lots of other goodies and power ups including three new enhanced abilities. But all of that pales compared to the chance to finally get to see what Atlantis itself was like — your Eagle Bearer gets to walk the streets, interact with the Isu themselves, and discover the dark underbelly of the mythical city that was swallowed by the waves. What is the Judgment of Atlantis, and how does Kassandra or Alexios — whichever one you’re playing cough Kassandra — factor into it? Why does Poseidon want you to help him? And how does the Eagle Bearing Misthios from Kephallonia end up fighting an actual Hekatoncheires, one of the three children of Uranos and Gaea so monstrous that even their brother Kronos didn’t dare release them?

If you’ve been playing the series forever or if you just started, you know the Isu technology is so advanced it almost seems magical, but for the first time you’ll get to actually experience what it was like to live among the First Civilization. I’m ridiculously excited for this final DLC, which goes live for PC, Xbox One and Playstation 4 on July 16.

Blizzard Watch is made possible by people like you.
Please consider supporting our Patreon!
Filed Under: Alexios, Assassin’s Creed Odyssey, Kassandra, Seriously Do I Have To Come To Your House With A Copy
Advertisement