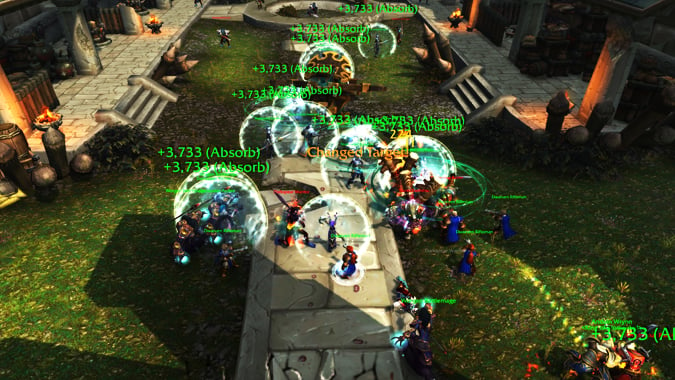 When we think of World of Warcraft, one of the main elements of the game that has helped to definite it is that it is, in great part, the story of two factions. The Alliance and the Horde have been at odds since that opening cinematic informed us that four years had passed since the mortal races banded together, and it was clear from that very first moment to now that the Horde and the Alliance are about as far from banded together as they have ever been. But for two opposing groups that have literally made the game what it is, sometimes I feel like defining what they are is more complicated than it should be.

I mean, it used to be that I would have defined the Horde as underdogs who banded together to survive a hostile world together, but as nice as that sentiment sounds in actual gameplay the Horde hasn’t been an underdog in a very, very long time — they’re often the ones who initiate aggression and push their enemies in the Alliance out of their homes. Even when they suffer a loss, like they did in the Battle at the Undercity, it’s not because they lost. The Horde destroyed Lordaeron themselves to spite the Alliance. So what exactly is the most defining trait of the Horde? What makes them who they are?

Similarly, any pretense of being the goody goods of this war, or in general, was lost when the Alliance attacked first in Stormheim in Legion or took the war to Dazar’alor. Sure, the Horde attacked in Stormsong Valley, but assassinating King Rastakhan was a definite statement of purpose and a warning that the Alliance won’t be hamstrung by a moral code this time around. But if the Alliance have lost their knights in shining armor characteristic, what defines them now? What makes them what they are, and distinct from the Horde?

Luckily, I don’t have to have the answer — I can sit back and let you guys debate it in the comments. What do you think are the most defining characteristics of each faction? What makes the Horde distinct from the Alliance, and vice versa?

Blizzard Watch is made possible by people like you.
Please consider supporting our Patreon!
Filed Under: Alliance, Factions, Horde
Advertisement