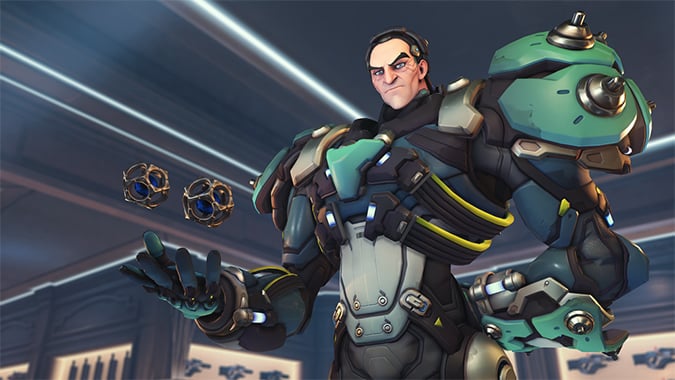 Overwatch has finally released Sigma — the latest hero — on the game’s PC PTR. The astrophysicist has a ton of abilities that could disrupt the game’s current meta, especially with the introduction of a 2-2-2 role lock.

Sigma resembled a main Tank hero like Reinhardt or Orisa with his Experimental Barrier. This barrier is large like most of the others in the game but is deployed in a very unique way. Like the old Symmetra shield, you send it out with your alternate fire and let go to leave it sitting in place. You can retract it by tapping alternate fire again. It’s a hefty, 1500 health shield that will only regenerate after leaving it down for a few moments. 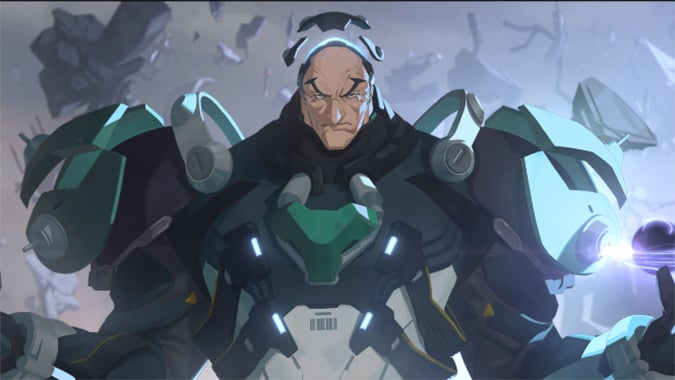 Once the shield is out, Sigma can toss Hyper Spheres that will deal impact damage and then explode after a second. Each sphere does 60 explosion damage, so both will deal a massive 120 damage if they collide with your target. They also ricochet once off of walls, so get ready to catch them behind the safety of your own shield.

Accretion is the name of the ability that throws a giant boulder or rock at enemies which deals AOE damage and knocks back enemies. This should be useful for grouped up enemies like Symmetra orbs. And Sigma’s Kinetic Grasp transforms incoming projectiles into shielding for his team. This will be a critical ability in chokepoints along with his shields and Accretion.

Finally, Sigma has a flashy Ultimate Ability called Gravitic Flux which causes him to float in the air freely and gives him the ability to place a gigantic circular field that lifts people up and slams them down for 50 percent of their health. The ability leaves enemies vulnerable just like a Zarya Graviton Surge, so it should be a great one to combine with other hero attacks.


Generally it seems like Sigma will be a very versatile main tank that has the ability to wear down grouped up heroes — which should help a lot with Orisa team compositions. A big problem with the game is how many heroes can stand around behind a shield and spam damage out. Sigma might be a strong answer for that because he has the ability to move forward with his shield and deal significant damage to enemies that don’t spread out.

Check out Sigma on the PC PTR now. We’ll update when his skins go live.