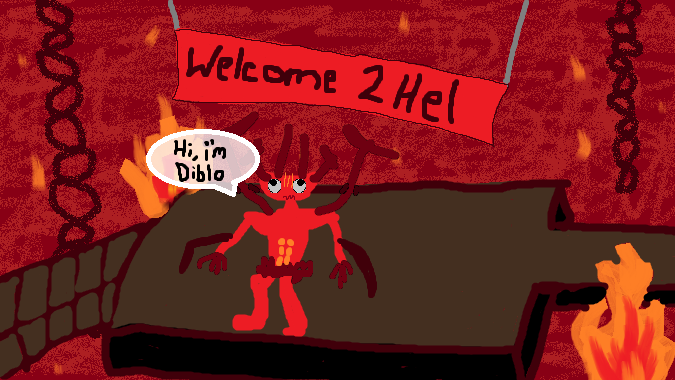 Yeah, I’ve used this header before. Wanna fight about it? No? Good, I didn’t either. I’m very delicate.

KALCHEUS NEEDS TO OPEN SOME CHESTS:

Q4tQ: What level does a rogue need to be to unlock the forty barnacled chests in my bags?

RED HAD A POLL. CUE GASPS.

Which of these powers, based on WoW class abilities, would you prefer to have in real life?

There’s a whole list of things there and even more detail in Red’s comment, but I’d go with the Warrior “ignore pain/injury/fatigue.” Why? Because being tired gets in the way of doing things I want to do a lot. I don’t want to NEVER sleep (naps feel great!) but if I could ignore it at will, that would be amazing. I’d probably have written this Queue last night if I could ignore fatigue!

ENO E-KNOWS WHAT THE HOT TOPIC OF THE WEEK IS:

Between the stereotypes, the (imo) blatantly stolen character design and name, and complaints that the character is just another old white guy, is it possible Blizzard might just say screw it and abandon ship on this character?

You know what’s consistent about almost all these controversies Blizzard faces? They blow over. People move past them, and the world of Blizzard games moves on. Frankly, I’m surprised Blizzard ever even addressed the Tracer Butt Pose thing a while back, because they could have easily done and said nothing, and it wouldn’t be an issue for more than a small portion of folks in the community right now.

On top of that, Sigma has A LOT more work put into him than most of said controversies. To scrap him would likely have a domino effect of a whole lot more Blizzard has planned in the Overwatch universe for the future. The only real thing that would force them to change Sigma — not scrap, just change — would be a legitimate legal case against his design. And frankly, that’s not going to happen. There aren’t any cases strong enough to be made against his design.

RED, DIDN’T I JUST ANSWER ONE OF YOUR QUESTIONS?

Lately, a bunch of us here at The Queue have adopted been adopted by pet cats and dogs.

Q4TQ: are we all secretly hunters?

I mean, maybe you are. I’m still over here bein’ all Void-y with Jovan and Tentacle Buddy. #SHADOW4LYFE!

Q4tMitch: I hate the new twitter setup, is it possible to destroy the internet? Clearly, it’s time to start over.

I wish, man. That said, people have already come up with plugins to “fix” Twitter and take it back to the old design. A word of caution, however: These sorts of extensions/plugins may be harmless now, but they’re always worth keeping an eye on in the future in case they sneak something shifty into an update. Taking advantage of people’s frustrations with a friendly plugin that, two months from now, suddenly takes a lot more data from you isn’t unheard of.

As for Mitchville, things are just sort of cruising along. I’m looking forward to the weekend because the past few weeks have been pretty crazy in terms of balancing moving to a new home, dealing with an expiring car lease (and working to get a new one that won’t break the bank), trying to handle a surprise squirrel in my old home 10 days before I was set to leave, stressing about a few work things, and just plain finding time to play video games and do IRL stuff that I find fun.

So yeah, it’s been a bit hectic. But it’s finally slowing down, and I’m looking forward to spending a lot of time asleep this weekend. Next step is to get into a solid enough routine that I know I’m going to have enough to comfortably make it out to BlizzCon this year. I don’t see myself NOT going, but every time I feel like I’m saving money, something comes up that requires me to spend it.

As I cheer with disproportionate joy at the horizon showing 8.2.5 PTR datamining, I have to ask:

Q4tQ: Anyone else about done with WoW being super coy with their story? If I’ve said it once, I’ve said it a thousand times: This isn’t a TV show where you need to build suspense for your next season. Hype, yes. Suspense, no. We’re actually invested in the world and where it’s going, it’s our home away from home and they’ve been way too quiet with the stakes (“faction divide or no”) being as high as they are. Yes, it’s their art, it belongs to them, but I’ve been certainly uncomfortable with the “fog of war” on the story this expansion.

No, I’m not tired of that as a method of telling the story. What I do think WoW is currently struggling with is releasing patches at a speed that can make that story play out as strongly as possible. When all is said and done and we’re in 9.0 content, I think — and I could be totally wrong here — BFA’s story will play out as one of the best. But that’s because it will all be there from the get-go, ready for players to “binge” as fast as they want. Right now, patches don’t release often enough to match the type of storytelling being used.

It’s not a new problem for WoW by any means, but it’s one that feels accentuated with the way the story is being told compared to previous expansions.

I’ve been wondering about Taelia as well. She needs to know what happened to her Dad! Come on Anduin!

This comes up every now and then, and I’m still not entirely sure who actually knows Bolvar is the Lich King. I mean, all the Death Knights do, but they’re sort of their own mini-faction and I’m not sure they’d ever just casually approach Anduin and be all, “Hey, btw, Bolvar’s the Lich King. Still on for dinner at 9?”

Canonically, there haven’t actually been moments where the big-name lore figures encounter Bolvar as the Lich King. Commenters, please correct me if I’m wrong, but this may very well be one of those things only Death Knights and we as players are privy to. Maybe Sylvanas as well?

Regardless, I don’t think Anduin knows. If he does, it’s been done under the radar.

JDMAC ASKS ABOUT A THIRD FACTION:

Q for the Queue: What is the likelihood of a 3rd Faction in the next expansion?
It seems that the exchange between Thrall and Jaina in the cinematic hints at a détente between Alliance and Horde. This has probably been discussed – but I have not read it.

I’ve been saying for a while that I think a major faction change is on the horizon for 9.0, but the more I’ve thought about it, the more I’m kind of thinking… maybe not. Maybe the big change is just going to be a semi-permanent halt in faction warring as a plot point. It’s been halted for various events before, but if BFA ends with the factions agreeing to coexist, I think Blizz would consider that a big enough shift without needing to alter actual gameplay.

And frankly, I don’t know how a third faction would ever work unless Blizz blows up the world again. I’m more interested than ever about what’s going to happen in 9.0, but I’m also starting to think more and more that players are building it up to be bigger than it will actually be.

That’s all for today! Please give me several high fives for writing this in just an hour. I done did good.

Also ask questions for Rossi. I guess me mentioning Dream Daddy: World of Wardads Edition kind of got y’all off topic last week…