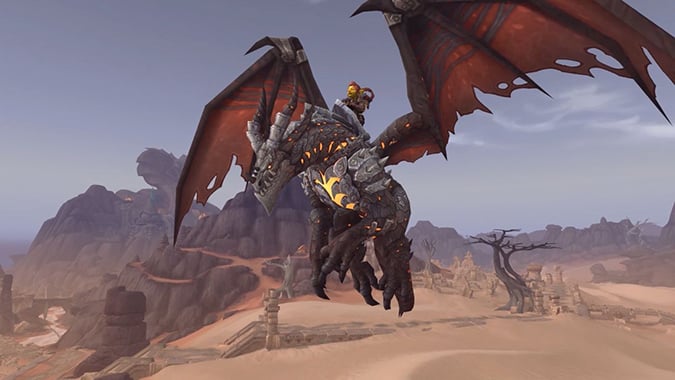 The anniversary will bring a special 25-player raid that will include some of the game’s most iconic bosses from Burning Crusade, Wrath of the Lich King, and Cataclysm. Defeating all nine bosses will give you the new Obsidian Worldbreaker mount inspired by Deathwing. These are the fights you’ll have to conquer if you want to earn it:

When you log on for the first time during the anniversary, you’ll find the little Nefarian pet, based on the Blackwing Lair boss of the same name, in your mailbox, plus the usual anniversary celebration reputation/experience boost buff. You’ll also receive an invitation from Chromie to head out to the Caverns of Time, where a celebration 15 years in the making is underway. You can’t queue for this event in LFR — you have to go to Chromie, though once you’re there, you can queue your entire group.