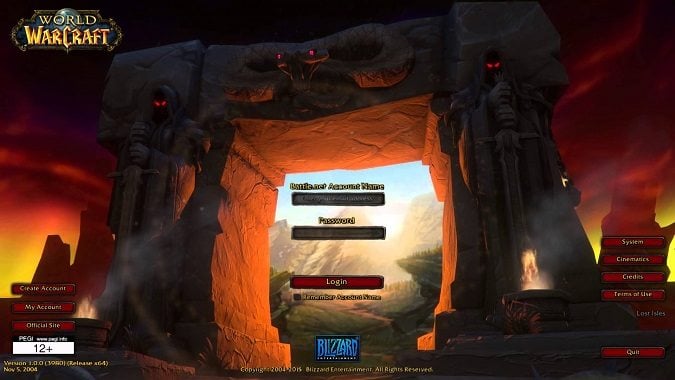 Did you ever wait for something for so long, the waiting made it so whatever you were waiting for couldn’t possibly measure up? The anticipation was almost better, almost more fun, than the thing you ultimately ended up with? Where — even if you weren’t excited to begin with — the period you spent waiting meant you just built up the experience in your head so that the reality ended up falling flat?

Just asking for a friend.

Q4tQ So how’s Classic so far?

AS A FOLLOW-UP, KALCHEUS ASKED THE MOST SENSIBLE QUESTION EVER

What should I play tonight since I doubt I’ll be able to get into Classic? Leaning towards starting Farming Simulator ’19.

The two games I’ve been playing for zen purposes are American Truck Simulator — of course — and House Flipper for similar reasons. I can drive around listening to the radio but without the reality. For instance it’s slightly illegal to do while driving a real car, like “checking Discord while I drive” or “having a drink to unwind after a stressful day posting about Classic.” I’m in the middle of a series of DIY projects in real life so House Flipper has a similar appeal. I can just make things look cute without worrying about cutting tile to size or making sure I don’t accidentally put a screw through a wire or even measuring and putting in wall anchors to hang pictures. It’s both refreshing and a little infuriating honestly.

My go-to game lately has been The Long Dark. It has both a really good story mode with David Hayter and Jennifer Hale as their main voice actors — though unfinished so far, because they’re releasing it in chapters — and a fun, compelling survival mode and challenges to play out. It’s intended to be somewhat realistic so you do things like kill rabbits with your bare hands for meat to survive. It isn’t actually gory, just viscerally upsetting. Because it’s set in Canada in winter, exposure and hypothermia is even more threatening than the wolves or bears, which made it a perfect title for me to play through the Atlanta summer. I’ve never died in such beautiful surroundings in such tragic ways before!

I also just picked up Telling Lies, which is tough to even give a bare summary of without spoilers. It’s incredibly story-driven but it rests heavily on the skills of the player to get to the bottom of the mystery. I found the ending somewhat anticlimactic, but I also had a lot of fun getting there, and the writing and performances are superb. It’s an Annapurna Interactive title so you know it’s gonna rip out your heart and stomp on it. Speaking of, after the Classic hype dies down a bit, I’ve been thinking of doing a playthrough of What Remains of Edith Finch on the Blizzard Watch stream, so buy tissues.

The best part of all these games is they can all be picked up and put down immediately because they’re single-player games, so they’re great choices if you’re in the middle of something else — like oh, I don’t know, waiting in a queue tens of thousands of people long. The Long Dark may use too much RAM to double dip depending on your computer, though.

QUEEN DILLENE HAS ME TALKING ABOUT THE GOOD OLD DAYS

Q4tq: can you get to the top of Ironforge Mountain in Classic? I was a WotLK baby, and I remember getting death-gripped by a DK guildie onto a ledge in Dun Morogh and then wending my way to the top of the peak. But I’m not sure if there’s a way to do that in the Vanilla environment.

This was a thing back in vanilla! You could use a combination of bunny hopping while running slightly inward and upward to scale things and visit places the devs never intended, like Mount Hyjal or the airfield next to Ironforge.

However, due to the potential for exploits, wall-walking was disabled for WoW Classic. It’s really a shame, since drowning people in the pool in Hyjal by summoning them too deep to make it to the surface was one of the best practical jokes in vanilla, but sometimes we just can’t have nice things.

Actually now that I think about it maybe… I’m why we can’t have nice things. Oops.

Initially in beta development, “rested” XP was just normal old XP, while the normal XP state was called something like “exhaustion.” The goal was to get people to pace themselves and play less, but the feedback was incredibly negative. As it turns out, it feels bad to be punished! Earning less XP stinks, especially since the XP curve was so punishing to begin with. So Blizzard just… flipped the terms.

Now, you can earn a Rested state by logging out or spending time in an Inn, and if you play for a long time you feel Normal. The math is essentially the same, but the default state is now seen as a bonus, and the “you’ve been playing too long, please go have a snack, your family misses you,” state is seen as the default.

GALDWYNN HAS ME BREAKING OUT A CALCULATOR

Q4tQ: Do the pets from Island Expeditions have a higher chance of dropping on higher difficulty IEs?

Technically, no. Probably not. Well…? No.

Because of the weird data around the bags and the revelations therein, it’s tough to give a concrete answer.

In some ways that data is anecdotal, and somewhat subject to bias. If people think they get more stuff from Island Expeditions of difficulty X, they’re going to do more of difficulty X, broadening its dataset in the process. However, based on the data we have it seems that difficulty level isn’t a factor for drops. It’s all about the rares and the mob types you kill that increase your chance at things like pets and mounts.

Q4Q: Non-Classic question. Another player pointed out that the Darkmoon Faire is not shown in the September in-game calendar, or any month going forward. Hs Blizzard stealth removed DMF, or is the calendar just borked?

It’s a fault in the in-game calendar. The website still lists the Darkmoon Faire as recurring monthly.

Considering the amount of stuff there is to do on that island which runs the gamut across nearly all levels, it would make no sense for them to just unceremoniously axe the thing.