Off-Topic: Greedfall is a fascinating take on the fantasy RPG 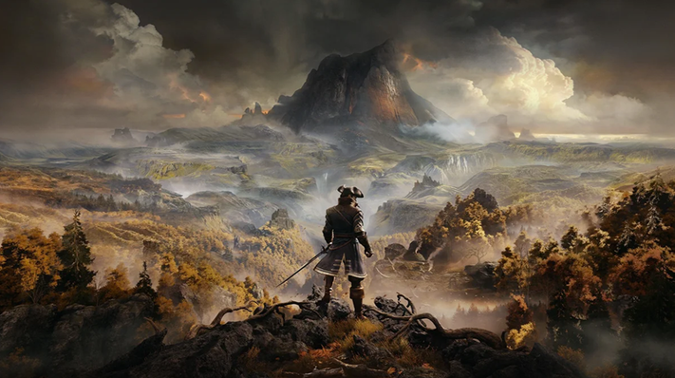 Straight up, I do not think I’ve seen a fantasy RPG willing to take as many narrative chances as Greedfall in quite some time. I won’t say never — there have been some games that have really played with ideas in some shocking and fantastic ways. But I’ve not seen a fantasy RPG that explored real world issues like the legacy of and origins of colonialism quite like Greedfall, and even if the game doesn’t do perfect job — with an issue this complex and fraught with real life horrors, I don’t know that any video game could possibly deal with the subject in a way that could possibly capture all of the aforementioned complexities — the fact that it tries at all is amazing. 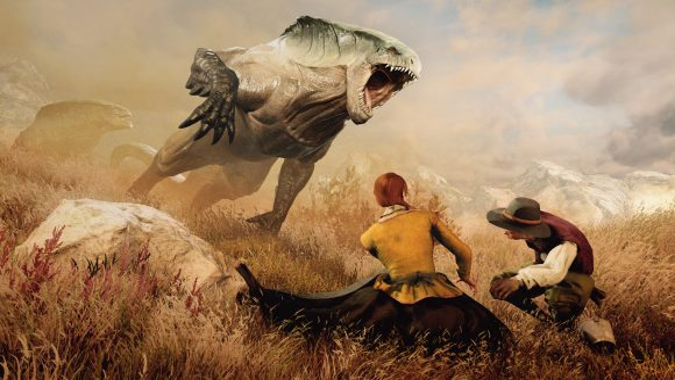 Taking the RPG back down to a smaller scale

Plus it’s a fun game to play, if you’re a fan of a certain style of RPG — the classic Bioware approach from games like Neverwinter Nights or Dragon Age Origins. In a way, the fact that Greedfall isn’t as sweeping in scale and scope as games like Skyrim or The Witcher series is to its benefit — it focuses on a smaller world and doesn’t rely so heavily on exploration. Compared to a game like Assassin’s Creed Odyssey, this game can seem almost quaint in comparison, but it’s not a little game — at about 50 or so hours to complete it if you don’t do too many side quests, I don’t think you could fairly call it small or short. It’s just more focused, and the companions hearken back to a time when you could actually really mess up and upset the people in your party, even lose them as allies.

Character customization is about half-way between games like Dragon Age Inquisition with its ludicrous amount of sliders and options and more recent games like The Witcher 3 where you play as one person — you’re playing De Sardet, but exactly what gender and appearance De Sardet takes is in your hands. You can’t tweak every aspect — you can pick a face, but not individual elements of that face like the eyes and nose. It ends up working out fairly well, but you can’t make anything as horrible as some Commander Shepards I’ve seen online.

So what about gameplay? Well, for starters, there’s a tactical pause option you can use if you want to go back to the days of turn based play — it’s surprisingly seamless and works fairly well. The combat system has a series of dodges and parries built in, making it active — you’ll switch weapons on the fly, weave light and heavy attacks in, and even be able to fire a pistol if you have the ammo for it. The game’s combat can involve magic or what the game calls technical abilities — like bombs and traps — for more depth.

How the world affects the people in it

The game was made by Spiders, the company behind Bound by Flame and The Technomancer and if you’re used to the level of polish and detail that companies like CD Projekt Red and Ubisoft can put into a game, you may be disappointed by Greedfall’s animations and effects. I didn’t find them offputting — there are a few places where I noticed weird teeth or facial animations, but this is a game put out by around 40 people, compared to the hundreds or more on games like the third Witcher game. This game still looks pretty good, and I haven’t yet suffered any game breaking bugs that have made me regret playing it. But you can tell the game isn’t trying to wow you with how pretty it is — this game’s strength comes in dialogue, quest options, and characters you’ll come to feel strongly about (and not always positively, either).

And I really have to say, it’s so refreshing to see an RPG that isn’t afraid to not be set in the same pseudo-Dark Ages world. Updating the inspiration to the Age of Sail really makes this game feel different, with the tall ships, cannons and flintlocks, rapiers and magic all combining in a way that blows the dust off the whole ‘fantasy RPG’ concept. Just like Jade Empire another somewhat hidden gem for this kind of game, the best part of Greedfall is how unabashedly it strays from the typical visual language for this kind of game. And the people of Teer Fradee manage to be different and unlike their mainlander rivals without being too derivative of any real world people. 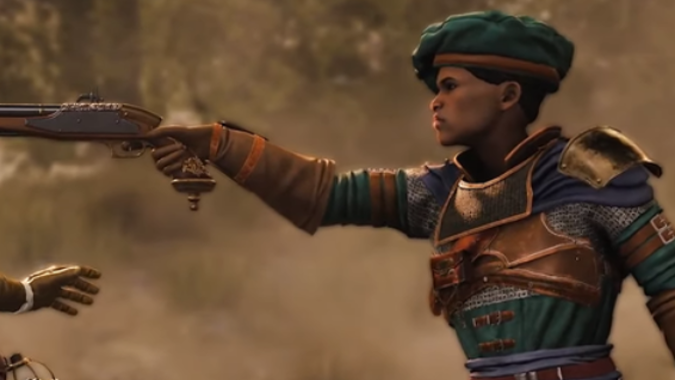 So, should you play it?

Well, it depends but overall I’m positive about this game. It’s a very solid RPG, that has the courage to tackle some very hard subjects and try and really explore them. It’s a very unique looking game, with its emphasis on the age of exploration in its aesthetic and the fantastic monsters and beasts of Teer Fradee. And the companions are some of the strongest I’ve seen in an RPG in years.

A lot of what makes Greedfall compelling is under the surface, taking what could easily have just been another generic fantasy RPG and tweaking it, playing around with its context and making something really fascinating out of those tropes. But it’s a personal enough story that I can’t say how others will take it — and as it goes towards the end, it does feel a bit like it loses track of what made it so different and unusual. Greedfall doesn’t make me forget about any of my favorite games, it doesn’t dethrone anyone or shake up the genre, but it does stand out from it and has some fascinating ways to tell the story it sets out to tell. If it doesn’t end as strongly as it began, it still does a lot worth seeing on its way to that end.

Blizzard Watch is made possible by people like you.
Please consider supporting our Patreon!
Filed Under: Action RPG, CRPG. RPG, Greedfall
Advertisement