The Queue: Imagine if dinosaurs could be vampires 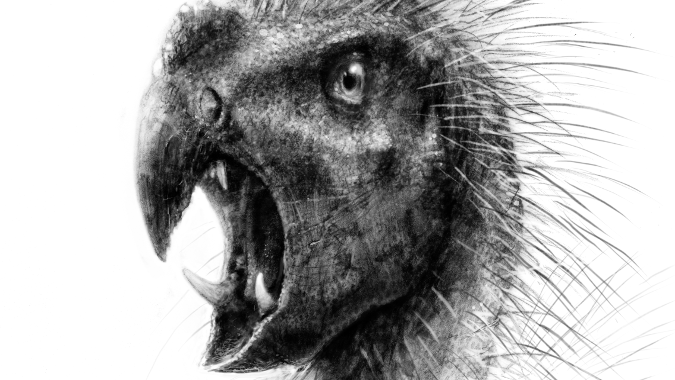 Pegomastax was almost certainly not a vampire. I mean, it had weird, elongated fangs, especially for an herbivore, but it was almost certainly a normal member of the Heterodontosauridae and not a vampire. Which is good, because if it were a vampire, it might well have survived all the way to the present day and then you’d have to worry about a vampire with 65 million or so years of experience coming after you when you slept.

With all that experience you would never hear it until it had those teeth in your throat.

This is the Queue. Don’t worry, there are no such things as vampire dinosaurs.

WOLFDREAMS TALKS ABOUT PLEASING ALL OF THE PEOPLE

I’ve never seen Blizzard write themselves into a corner as hard as they have with Sylv, like it’s almost impressive. They are in a complete sword and a hard palce situation and they did it to themselves, I have no clue how they are going to get out this storyline without backlash.

As for the Warcampaign, well to be honest, I’m glad it’s ending, it never felt as appealing as the Class campaign in Legion or Suramar’s arc. On Both factions I might add.

It’s absolutely never possible to please all of the people, and I doubt Blizzard is worrying about doing so. But I don’t think it would be all that hard to do a story that would absolutely either please most of the players, or upset them all equally in a way that would motivate people to see what happens next. Here are some options that come to mind:

Now, these are just a few that came to my mind, and I’m not the Blizzard writing team, who are smarter than me, understand MMO’s and MMO storytelling better than I do, and have multiple people to bounce ideas off of. But to be completely honest, I personally don’t think it’s ever going to be possible to avoid backlash — people got to hate Thrall so much by the end of Cataclysm that they were thrilled to see the back of him, and he’s one of Warcraft’s most beloved characters.

Yes. And not just one or two, either — there’s a wide variety of prehistoric rhinos that I think we should get as mounts, from the wooly rhino to Paraceratherium, the largest land mammal ever to exist, at least as far as we know. There’s also Elasmotherium, another gigantic species of rhino almost the size of a woolly mammoth. So yeah, I’m down for all sorts of rhino mounts.

And yes, rhino babies are so adorable I’m forced to result to expletives to express just how #&@(ing adorable they are. I have long been a fan of rhinos.

Question for the Queue
I’ll never turn war mode on myself but I see it brought up often. So wondering for those that do use war mode is it better then PvP servers or were PvP servers better?

SILVERKEG ASKS ME A QUESTION THAT I AM UNHAPPY TO CONSIDER

Look, all joking aside, Mitch is a valued colleague and someone I’ve worked with on the podcast and on the site for a while now. I would not support punting him.

Since all transmogable loot from Ordos is going to start showing up on the BMAH in 8.2.5, will Rossi start a gold making empire to try and aquire his shoulders?

I’m just not really that kind of player. Even back when you could easily use the Garrison to make millions, I never bothered. I’m not a ‘let’s make a lot of gold’ kind of guy.

Okay, that’s the Queue for this Friday. I hope to see y’all next week. Liz is back next Wednesday and Anne is doing Monday’s Queue, so try and ask a lot of questions if possible.

Blizzard Watch is made possible by people like you.
Please consider supporting our Patreon!
Filed Under: Dinosaur Vampire, Vampire Dinosaur
Advertisement