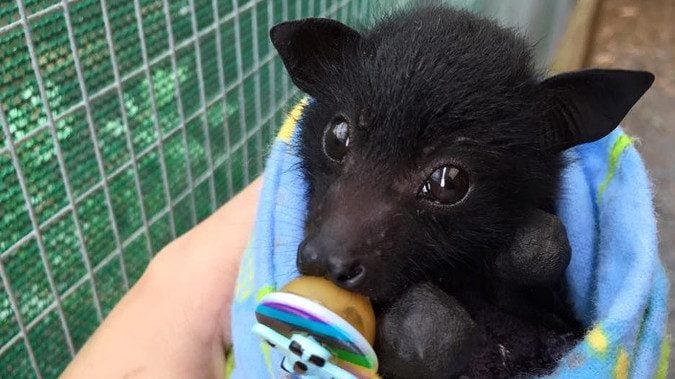 I mean, seriously. The temptation to try and come up with something for Mitch to do… but I don’t see this ending well for anyone.

So yes. We must be cautious here, folks. This is bat country. Also, it’s the Queue.

Q4theQueue: What is it going to take for Blizzard to finally allow us to make characters with a first and last name? Of all the MMOs I’ve played, WoW is one of a couple (if not the only one) that restricts players to a single word for their character name.

I honestly have no idea of the technical complexities of this, or any reason why WoW wouldn’t allow last names considering that many characters in the Warcraft setting have them, such as Tyrande Whisperwind, Sylvanas Windrunner, Anduin Wrynn, or Varok Saurfang. You’d think our characters would at least have an option for it. But just because I don’t know why WoW doesn’t do this doesn’t mean it’s not a good question.

I mean, I’m used to it now after a decade and a half of playing the game, but still, it would be pretty cool if I could finally work in a surname.

TERRADON, LET’S MAKE A PEARL OF WORDS TO SOOTH YOUR IRRITATION

Why are people doubting something we have had for 15 years? Every other year we get an expansion announcement. It is getting irritating.

Just as an oyster seals away irritants in the same material as it makes its shell out of, let us use our words to encapsulate what’s irritating you. Why are people doubting that we’ll get an expansion this year?

Well, part of it is the general tendency of people to be pessimists. Pessimism is often much louder than optimism. Similarly, negativity is often more amplified than positivity. You need only look at YouTube to see this — engagement is everything and negative often gets much more people clicking on it, even if only to say something angry about it.

When we’re in an environment when negative or even toxic voices control the discourse by dint of being the loudest and most amplified voices, that negativity often feels omnipresent and people tend to assume that these feelings are shared by more people than they actually are. People often assume that their personal experiences are universal — if they are unhappy or uncertain, then everyone is, and people who say they aren’t are either lying or deluded. The idea that someone might reasonably and rationally disagree with them is almost offensive, in part because their opinion is an emotional one.

So when they feel this way, it’s easy for them to start, well, taking the most negative possible view. Now, it is absolutely possible, unlikely but possible, that there won’t be a World of Warcraft expansion announcement this year. Just because something has happened in the past doesn’t mean it will, and Battle for Azeroth has in many ways been an unprecedented expansion. It could well go into 8.4, maybe even 8.5. I don’t think it will, but it could.

But I generally don’t think we’re not going to see another expansion. For one thing, they’ve likely been working on it ever since Battle for Azeroth shipped. They don’t just sit there and work on patches for the current expansion, they spent a lot of the run time on that expansion working on what comes next.

TLDR — It’s easier to hear negativity and pessimism in the internet age, and that often makes people feel uncertain. Combine this with the slim chance of a completely different expansion pattern and we get people willing to speculate that there will be no new WoW expansion announcement at BlizzCon this year.

USAGISENNIN IS NOT REALLY ASKING A QUESTION

I’ve said it once and I’ll say it again: This Warchief nonsense has only brought ruin to the Horde, they should ditch it for a Kosh’harg Council. Having some consensus between the leaders could temper their excesses and prevent needing the Alliance to run into Ogrimmar and sort things out once a decade.

Well, I could elaborate. I could talk about how the position of Warchief was something Gul’dan cooked up in the first place to put a dupe — Blackhand — at the top of the Horde to better control and direct them. That it was cobbled together from older traditions that were abandoned when the Orcs destroyed the Gorian Empire in revenge for the Ogres unleashing the Red Pox upon them. The Orcs saw this event as a sign that they shouldn’t be a united army any more since they’d summoned an elemental calamity to annihilate the Gorians and they didn’t unite again until Kil’jaeden got Ner’zhul to be his patsy. It was Gul’dan who came up with the concept of the Warchief, drawing on those traditions.

I think it’s fair to say that the modern-day Horde needs to clear out as many traditions that Gul’dan came up with as they possibly can. Ditching the Warchief position would be a solid first choice. Renaming Orgrimmar after somebody who wasn’t a war criminal might be a solid second choice, but I won’t hold my breath on that one.

RJAGODA SAYS SOMETHING I DO NOT AGREE WITH

I feel like if the Horde was led by a single leader, but they weren’t called “Warchief,” perception would be different. No one ever seems to criticize the Alliance for having a High King.

People have been complaining about the fact that the King of Stormwind goes around calling himself High King of the Alliance since Blizzard started calling him that. Before Anduin Wrynn was more than an incredibly annoying NPC running around Pandaria getting me in trouble trying to keep him from getting murdered, people were mad that Varian Wrynn got to give orders to people like Velen and Tyrande, who both have lived for thousands of years.

I mean, I absolutely think that if the Horde is going to keep a single leader, they should absolutely redefine what that leader’s role is and what they are called. But I don’t think that the Alliance is all smiles about the High King title — clearly Tyrande doesn’t give a hoot for Anduin or his orders, for instance.

Q4tQ: Do penguins at least suggest the possibility that there were semi-aquatic, polar dinosaurs?

The dinosaurs lived from 243 to 65 million years ago, when Earth looked very different. All the landmasses on Earth were locked into one continuous continent during the opening of the Triassic, and during the Cretaceous, Antarctica was connected via land bridges to both South America and Australia.

In fact, as this episode of Eons points out, Antarctica still had a lot of vegetation and generally tropical to temperate climate as recently as 24 million years ago. I mean, there were still trees in Antarctica not all that long ago, because before the separation of the land bridges the Antarctic Cirumpolar Current didn’t exist, and thus the heat sink effect it generates also didn’t exist. Going back to the Paleocene-Eocene Thermal Maximum, Antarctica remained a lush heavily forested tropical place.

We know of various kinds of polar dinosaurs. They weren’t aquatic or semi-aquatic — the aquatic reptiles were archosaurs and related to dinos, but weren’t part of the clade proper. But there were living dinosaurs on Antarctica — it’s just that Antarctica was, on average a temperate rainforest back then.

So yes, there were polar dinosaurs. No, they were nothing like penguins, and penguins have nothing to tell us about them.

Okay, that’s the Queue for today. Take care and be sure to ask Anne a lot of questions.

Blizzard Watch is made possible by people like you.
Please consider supporting our Patreon!
Filed Under: Bats, Dinosaurs
Advertisement