BlizzCon is coming up and it’s about time for a new expansion announcement.

The first several WoW expansions had the mantra of “it’s ready when it’s ready” and so came out with no pattern between the launch dates. They all lasted for roughly two years, but the launch dates changed from expansion to expansion. However, we have had two expansions in a row now — Legion and Battle for Azeroth — that have had very similar release dates in August. Based on the consistent development cycle for patches in Battle for Azeroth (almost exactly every three months), we can guess that the next WoW expansion will also release in August 2020.

Though we expect an announcement at BlizzCon, it doesn’t necessarily indicate an exact date because all the expansions are announced at BlizzCon — except for Legion but that’s only because they really needed to stem the dissatisfaction of Warlords of Draenor. The development of upcoming content will give us a clue. BlizzCon is very likely to feature the next patch, 8.3, in addition to a new expansion. Even in expansion years, we also get previews of upcoming patches.

The development cycle has been incredibly consistent, even more so than Legion’s patch schedule, so we expect to see patch 8.3 sometime in January. With the final raid of the expansion the same month or later in February, that gives the raid tier a good 5-6 months of progression before the pre-patch, which seems to be Blizzard’s ideal raid length. 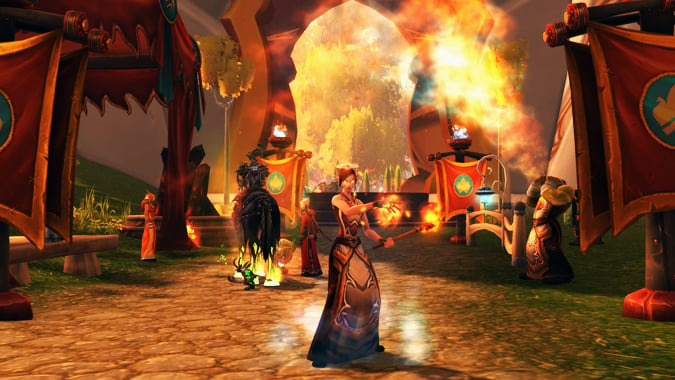 We sort of know when an expansion will come by now. We have a five-month window in the latter half of the year filled with previous expansion dates and basically no release earlier than August. Blizzard tries to avoid releasing anything major during the main part of summer — it’s typically a more “dead” time for gaming due to family vacations and more people going outside for activities. Any raiding guild is familiar with the summer lull. It seems to be fine for patches (like 8.2), but anything more than that doesn’t get the attention it needs. August seems to be the sweet spot due to being the end of summer when everyone is winding down but before many schools start up again.

September had Mists of Pandaria, but this month tends to be the start of the school year and it’s busy. October doesn’t have anything major ruling it out, and it had Warlords of Draenor, but it’s also veering too close to the dreaded full year of empty content that Mists and Warlords suffered from. And then in November, which featured Wrath of the Lich King, and December with Cataclysm, you run into BlizzCon preparations and the Thanksgiving and Christmas holidays. Those times can clearly support an expansion, but they’re also really busy and just not ideal. It’s also even more of a wait and evokes more of the “year” of empty content.

TL:DR, expect it late next summer

Based on all guesses and the timeline pattern, we’re looking at sometime next August with a pre-patch in July. We’ll likely know a lot more after BlizzCon and the holidays.