My Road to BlizzCon: I was not designed for human cars 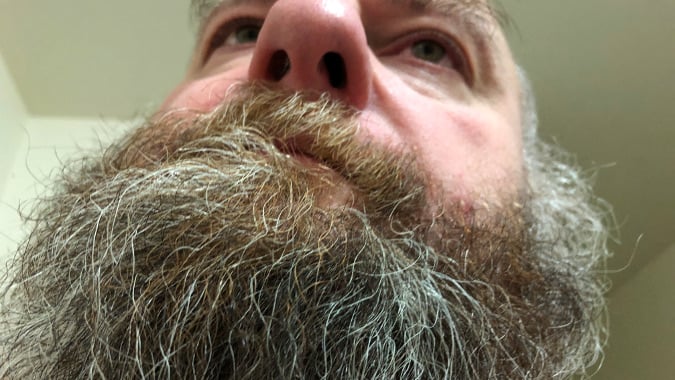 Contrary to a lot of jokes, I am not an especially large or frightening individual, and certainly I do not possess the heroic build of the Barbarian from the Diablo series. I am around six feet tall, moderately broad in the shoulder and carrying about forty pounds I do not need — I’ve seen builds similar to mine called ‘dad bod’ but as I have no children who are not cats or puppies, I feel strange with that description. So why it is that I found it agonizing to fold myself up into my friend’s car last night on our way to Disneyland I have no idea.

Are you ready let’s go

One of the realities of playing World of Warcraft is one of the fundamental truths of the internet. You can and often do make friends that you don’t have any memories with outside of the medium — people you know, people you have repeatedly spoken to, people you’ve even shared experiences with but have never seen. This is made even stranger when you work for a site like Blizzard Watch, because you can and in my case have spent years of your life talking about a subject with people who also spent years of their lives doing the same and yet, you can’t really say you have met them.

This week I have met someone I spent literally twelve years working with and someone I have played games with for at least five years. I have ridden in their cars, and listened to their voices without the benefit or need for an electronic intermediary. I have seen them with my admittedly failing eyes and told them bad jokes to hide my nerves at this, the simplest and most complex aspect of human interaction. It is not an experience I ever expected to get to have.

I write this the day I expect to meet at least few others who I have been interacting with — some will be coworkers I have known for varying lengths of time, others people I have corresponded with online in various ways. One of them tried to buy me a pair of shoes once. True story — someone at the Con Before The Storm party once offered me a pair of shoes, but the online vendor did not stock any I could wear. In addition to human cars, I also have difficulty with human feet.

This despite my not being a disguised machine built during the Cold War. Being frail flesh and blood has never felt so odd — I almost want to apologize for not carrying a gigantic 2h sword around everywhere. Or for not being a dinosaur. Or both, as I neither had Ashkandi nor was a T-Rex.

The city lights at night, the wind in your face

Last night when my friend who I have known for five years and I met for the first time, we ended up driving to hang out with several other friends I have never spoken to and I laughed at several in-jokes of our long association. They very kindly presented me with small tokens of our friendship, which I accepted with a touch of wonder. These are real things. Tangible things. Tokens of time spent pretending online, killing virtual monsters together. Even as my blindness develops and I lose the ability to play the game at the level I think I should be playing it — and I’ll tell you now, I want and used to be able to produce flawless play, or as close to it as anyone has a right to expect — I still enjoy walking in that strangely liminal space that is Azeroth with these people I’ve never met.

Stories were told about character names that were not given the kindergarten test to later chagrin, and I told the story about the first time the guild I and Anne Stickney were in at the time killed Heroic Spine of Deathwing, although I accidentally called it Mythic. None of my friends corrected me. I was a little sad in that moment that Anne won’t become one of those friends I get to meet this trip — we’ve worked together for quite a while now, we’ve raided together, and I admit to sadness that she isn’t here. I have learned a great deal from our conversations. But the story of our first Spine of Deathwing kill, with me tanking for the first time in an entire expansion and managing to keep aggro on the Bloods despite having two raids as a tank under my belt by that point, earns some laughter and I feel happier for it.

There is a reality to this that transcends this strange meat shell I inhabit that can’t find shoes or cars that fit it. Driving through Anaheim, I see the places where the places I have spent fifteen years of my life were born. In its own way California is just as paradoxical and magical and strange as any Ive been to in the game and for me the strangest might well be meeting all these fellows, friends I’ve been preparing to meet for years and years. Of all the strange moments I expect to have at BlizzCon, that moment of slight but tangible shock at suddenly having a face to go with that person is possibly the strangest.

If you’re in the area tonight for Con before the Storm, come check us out. Just don’t bring shoes for me. I guarantee I won’t fit them.

Blizzard Watch is made possible by people like you.
Please consider supporting our Patreon!
Filed Under: BlizzCon 2019, I Keep Hitting The X Key Instead Of The Z Key And Man It Makes BlizzCon A Hard Word To Type, My Road To BlizzCon
Advertisement