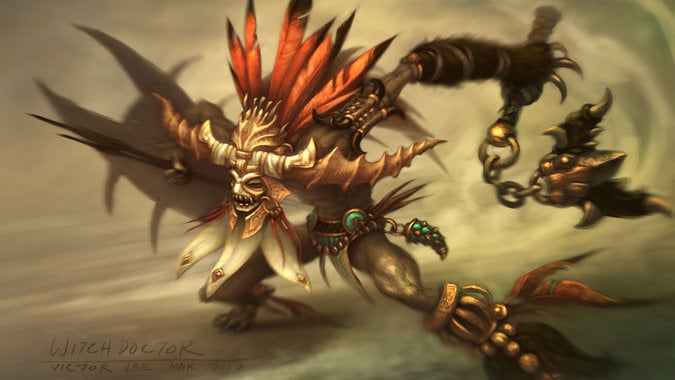 With Diablo 3‘s Season 19 set to begin soon, it’s time to pick your next toon. If you can’t decide whether you prefer setting people on fire, sending a swarm of locusts to eat them alive, or having a giant undead construct throttle the life from them, the Witch Doctor might be the class for you.

What is a Witch Doctor?

The Witch Doctor is a caster class that boasts a wide variety of playstyles. From pet-centric builds to damage-over-time spells to straight nukes, it finds a way to succeed no matter what the situation demands. With excellent crowd-control abilities, mob debuffs, and damage boosts, it is also effective at controlling the field of play. The Witch Doctor also has one of the game’s best (and funniest) speed-farming builds in the Angry Chicken, which to date I believe is the only build in the history of the Diablo franchise dependent on exploding poultry.

The Witch Doctor’s primary attribute is Intellect and it uses Mana as a resource. While Mana regenerates on its own, it generally doesn’t do so quickly enough for a player to continually spam all of the class’s high-damage spells. While some gear allows for faster regeneration (and there are many builds where Mana management doesn’t play a significant role), the typical Witch Doctor build weaves high-cost and low-cost abilities with crowd-control, buffs, and pet/creature damage. 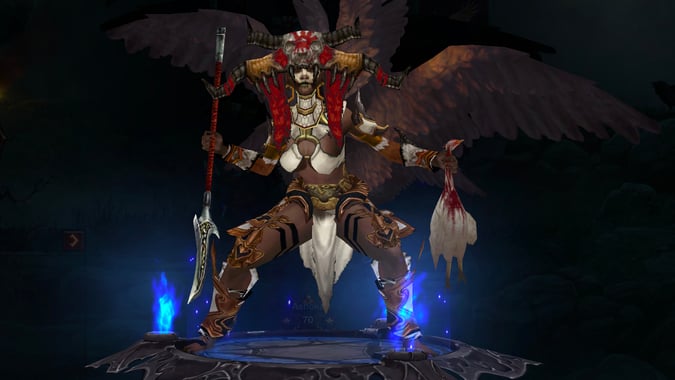 Your strongest spells depend on your gear and build, but these are the abilities you’ll see most frequently:

Why you should play a Witch Doctor

The Witch Doctor is a great class if you like thinking on your feet, having access to a variety of play styles, and using a lot of different, visually-interesting abilities. With the array of DOTs and pets at their disposal, they’re also well-placed to benefit from the Season 19 buff, Pandemonium.