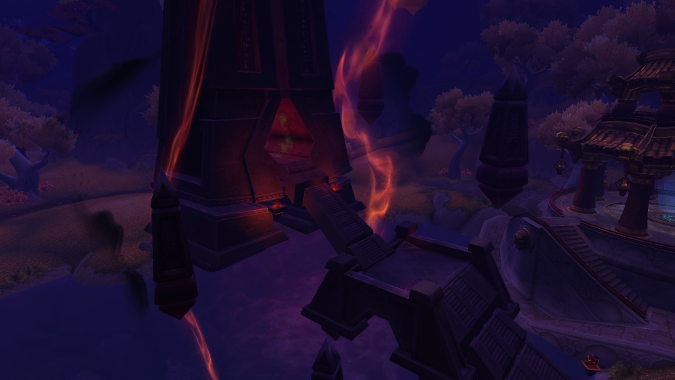 So you want to get ready to raid Ny’alotha as soon as it unlocks on January 21st, and you’re looking for the fastest way to get to the raid. You’re looking at me now and you’re thinking so tell me where it is, genius. And that’s the thing — Ny’alotha’s a slippery place. You want to raid it. You want to go to the Waking City and kick some tentacle, I understand. But there is no fixed location for the raid portal into N’Zoth’s party palace. Our favorite overgrown calamari creature brings the party with it, so to speak — in order to raid Ny’alotha, you will have to find which zone is under the Major Assault of the Old God for the week, because the portal to Ny’alotha will be in that zone.

That’s right, it turns out that Old Gods are a bit like Hobbits, in that both have big feet. (Seriously, go look at the Carapace of N’Zoth, his feet are huge.) But, also, both are tricksy — N’Zoth isn’t going to just invite folks into his seat of power in Ny’alotha by leaving an easily accessible raid portal in a stationary location. Nope, the only way to find the door into the Black Empire is to find the place all of the horrors of N’Zoth’s army are boiling out of, and then go in that way. 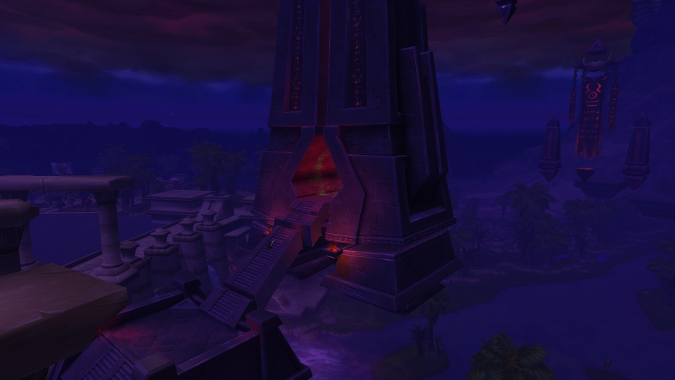 In Pandaria, the raid portal will be located at the Whitepetal Lake. It’s a nice spot near the middle of the zone, and it could even be called scenic, if your appetite for vistas includes writhing evil erupting into our world hungry to consume our minds in an explosion of raw, seething madness. Because that’s what N’Zoth brings with him, you see. Meanwhile, in Uldum, the forces of the Old God are entering our world from the Vir’naal Dam. Again, at least the Black Empire picks a nice central location in the region to pour forth from, making it easier for us to find our way inside to bring the fight to them.

So there you have it. The raid portal to Ny’alotha will change between these two locations on a weekly basis. When the Vale of Eternal Blossoms is under Major Assault, head to Pandaria and the Whitepetal Lake for the raid portal. When N’Zoth instead decides to attack Uldum, the Vir’naal Dam is where to find all the party pseudopods you could ever want. In each case, the portal is fairly close to the center of the zone.