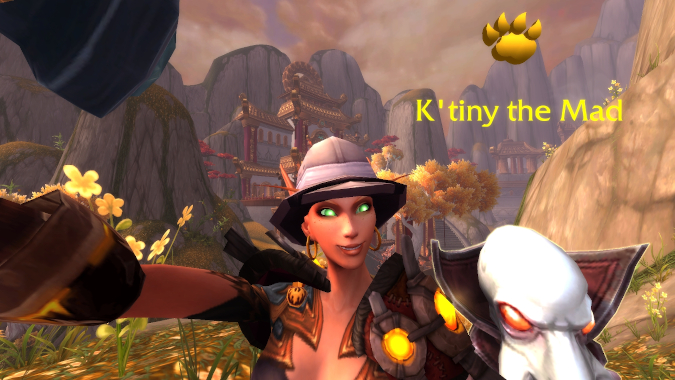 Spoiler alert: The one pet that’ll defeat most of these battles is a Macabre Marionette. If you don’t have one they’re really affordable on most realms — under 3K gold in most cases. Buy one upgraded to Rare or use an upgrade stone to do it yourself. The multiplicative Shattered Defenses debuff of Dead Man’s Party is unmatched.

The other thing to keep in mind is, these battles all scale with the level of your pets, so if you just don’t want to deal with all the bells and whistles, try scrolling down to the bottom of your pet list and just go head to head with level ones. This isn’t an absolute lock — some pets have some real clunker abilities in their first slot, and that’s all you get to work with — but it can severely cut down on the difficulty curve. 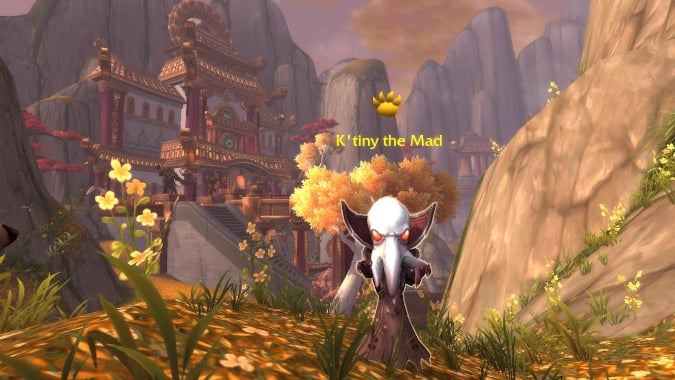 The main thing to watch out for here is K’Tiny’s AOE, which deals a set amount of damage, but splits it among the pets you have on your team. If you have all three pets left alive each one will take around 200 damage per round, but if a single pet is alive it takes all 600 damage at once, so the name of the game is keeping as many pets as possible alive. In other words if you want to use a Val’kyr, don’t use Unholy Ascension or Haunt. K’Tiny also uses Deflection, so it’s better to rely on consistent damage as opposed to singular big hits. Deflection has a 3-round cooldown and he seems to use it every round it’s up, so you can get a few good hits past him, too.

In this case I found it easiest to combine the Macabre Marionette with Plagued Blood, just to heal up the Marionette — each hit done by the Dead Man’s Party will heal your Marionette, so this isn’t insignificant. I used a Scourged Whelpling in order to pull out a little extra DPS with Death and Decay, but that’s not necessary. I like the Creepy Crate with Curse of Doom and Curse of Agony in the second slot — the second slot is mostly just for soak, but you’ll probably be able to time out Curse of Doom against Deflection if you cast it when Deflection is cooling down. And then after you get a couple DOTs rolling and the Plagued Blood firmly in place, put in the Marionette to get the Party started. I usually just Dead Man’s Party until either K’Tiny dies or the Marionette dies, because my other pets get at least a round of decent Undead attacks with Shattered Defenses. 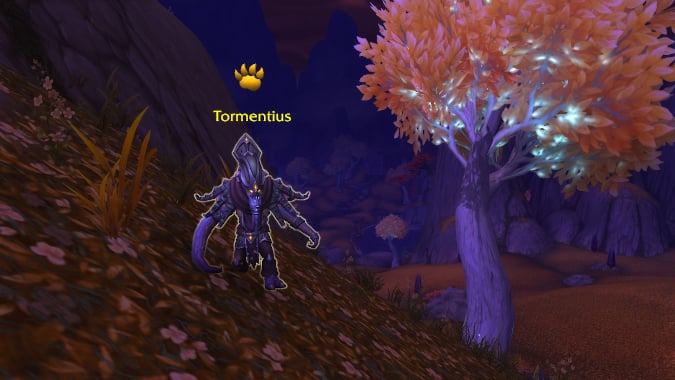 This guy has a very specific mechanic which will change your behavior in this fight. If Tormentius swaps a pet with Nether Gate, you can use it to your advantage for a free swap, making synergy DOT strategies shine. Tormentius is very slow, so your pets will always go first even if you opt to cheese it at level one.

I usually go with a defensive strategy here, using Mechanicals which aren’t hit as hard by most of Tormentius’ abilities. I combo Exposed Wounds from the Cogblade Raptor with Lil Bling’s Inflation and Make It Rain. Inflation has the same pluses as Dead Man’s Party but in Mechanical form, and is likewise indispensable. I usually cast Exposed Wounds for a couple turns until Tormentius uses Nether Gate to maximize the time it’s active. It seems like Nether Gate swaps in by team order — if your first slot pet is on the field, it’ll pull in your second slot, and if your second or third is active it pulls your top slot pet. I set the Raptor in slot one and Bling in slot two. I put the Mechanical Pandaren Dragonling in the last slot for that Dragonkin DPS, but as long as I took advantage of Tormentius doing the synergy swaps for me, I don’t think it has ever actually made it on the playing field. 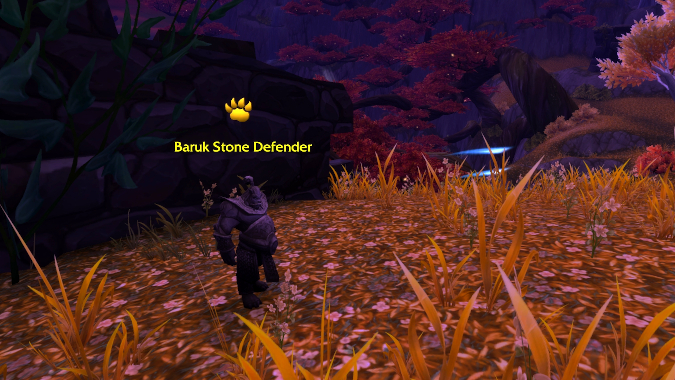 The Stone Defender is a Humanoid, so you’ll want to burst him down ASAP — Humanoid family means he’ll heal himself for 125 every round, which is actually over 200 damage to re-do with that Elite damage reduction buff.

This is another one where using that Macabre Marionette makes all the difference. I put up his Siphon Life, then Dead Man’s Party until the Marionette drops — that resurrection turn really does work here to extend that Shattered Defenses debuff as long as possible. In the second slot, I pop in literally anything with a strong Undead attack like Bone Bite. Same with the third slot, but I rarely get to slot three. For extra insurance using the Fel Pup or Lost Netherpup — both of which combo a strong Undead attack with Howl — may be a good idea, but all you really need here is the Marionette. 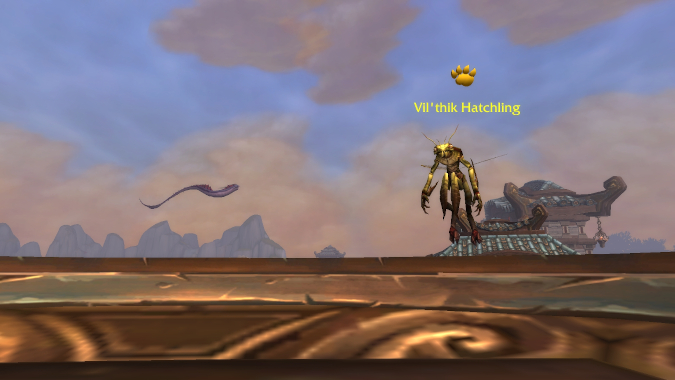 This pet does a whole lot of AOE damage as opposed to just killing your front line pets. It’s a bit tough to contend with even if you have some healing on your team, because your back line is getting killed almost as quickly as the front line. One way to counter this directly is to use Sandstorm, which will severely blunt each small attack from Omnistrike, but I chose a different approach.

For this pet I did pretty well just by paying attention to family counters, as opposed to coming up with a cohesive overall strategy. Dragonkin pets that do Magic damage are pretty common, both to tame and to purchase. However, I didn’t really need the full team, and was able to solo this fight easily with the Nether Faerie Dragon. Life Exchange is way, way too good in single-pet battles, and the Nether Faerie has a strong Magic moveset to back it up. Just DPS the Hatchling a bit, then when your health is getting low, use Life Exchange to equalize things. It even bypasses the 50% Boss damage inhibitor. To be clear, I was also able to defeat the Hatchling when I slotted in a different Dragonkin with Magic damage, but the match was a whole lot closer.

If you’d like to do these battles along with me, I defeated all four on my Wednesday Blizzard Watch Twitch stream last week. We also talked about must-have pet battling addons. Here’s the VOD, uploaded to our YouTube channel. If you’re looking for a specific battle, I put the timestamps in the YouTube video description.