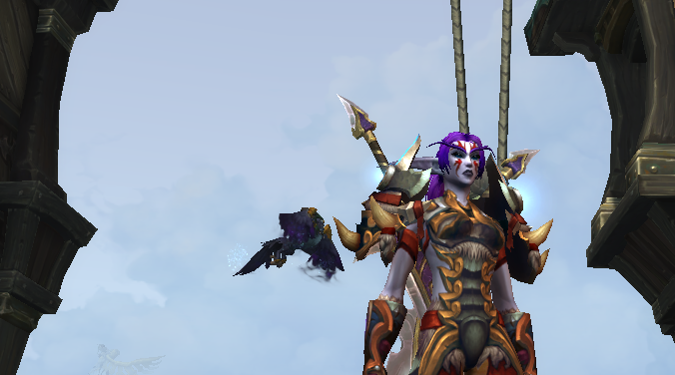 Contacting Blizzard CS is fairly simple, and doing so can help solve a number of issues you may be having in-game. Maybe you’re having a pernicious problem with your game you can’t solve. Or maybe you want a refund on a game. Or you have some other problem — you didn’t get an in-game item you purchased, or you bought a game but it’s not showing up on the launcher — and you need to talk to someone at Blizzard to find out what’s going on. Well, thankfully, it’s fairly easy to contact Blizzard’s customer service department. You can do it in game, via the web, and even on Twitter if that’s easier for you.

First up is the in-game method for World of Warcraft players. If you’re playing the game, either hitting the Escape key (ESC on your keyboard) or looking for a small red question mark on your Game Bar will bring up the Game Menu box. That box will have various buttons, and the top one should be Help. This brings up the Customer Support box. 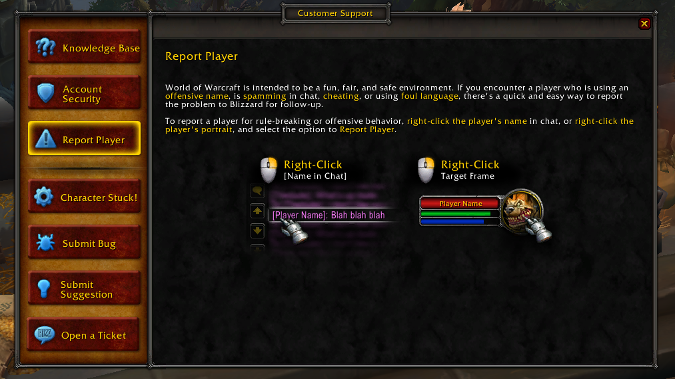 There are a variety of options, from submitting a bug or opening a ticket for your problem to reporting another player, getting a stuck character unstuck or using the Knowledge Base to look up a potential issue yourself. It’s handy to know about, of course, but what if your problem is that you can’t log into a game at all? Well, Blizzard has other ways to contact them. For example, there’s the Battle.net support page. It’s hosted directly on Blizzard’s site, so if you can’t find it, just point your browser at either us.battle.net or eu.battle.net and that should get you to where yo need to go.

In addition to that, each game has its own Customer Support forum, where you can see other players discussing bugs and issues they’re having. This, for example, is the North American World of Warcraft Customer Support forum. You can find each game’s forums from the appropriate Battle.net site as needed. There will be a drop-down menu at the top of the page that lets you select which game, and from there, which forums to use.

However, if that’s not helpful, you do have one more possibility — you can send a tweet directly to Blizzard’s CS department. There’s a CS department for North America on Twitter, and another account covering the EU. So as you can see, there are a variety of options, and I hope one or all of them helps you figure out your problem and gets it solved. I always hate it when I want to play but I can’t because something needs fixing.