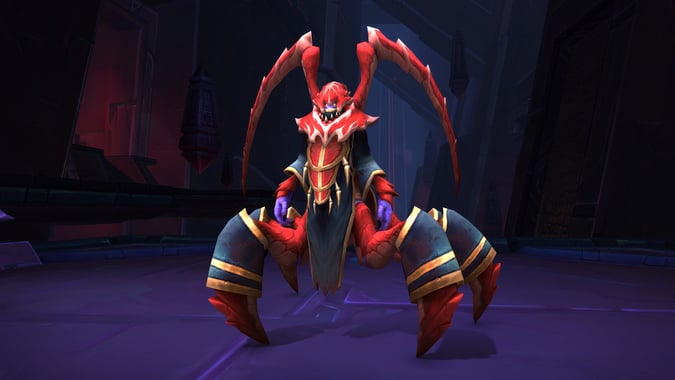 World of Warcraft‘s replacement for Titanforged and Warforged gear, Corrupted gear, has gone through a lot of changes in the three weeks since patch 8.3 dropped — not too long ago, for example, we saw Infinite Stars and a host of other Corrupted gear abilities get significant nerfs. And now, other abilities like Echoing Void are getting the hotfix treatment as well. The Blizzard announcement was updated today to reveal the specific numbers, and it’s a pretty big nerf — a solid 50% reduction to Echoing Void. This is very reminiscent of the big Infinite Stars changes from earlier in the patch cycle.

To get a sense of how significant this is, let’s take a look at that blue post. Because the answer is very, very significant.

Soon today, we’re going to make the following adjustments in a single hotfix:

Original post – February 4
We’d like to give everyone a heads up that we’re working on tuning adjustments to several Corruption Effects. While we don’t have exact amounts just yet, we have some certainty that in the next 24 hours, we will:

At this time, we’re also considering:

Again, we intend to complete these changes in the next 24 hours, and we’ll let you know as soon as we’re set on final tuning numbers.

The imprecise language of the original post and the fact that this wasn’t announced ahead of people getting their Mythic caches for the week and potentially cleansing or keeping a Corrupt item that’s now better or worse has irritated some folks, especially anyone who may have cleansed a Void Ritual or Deadly Momentum item. I mean, if you kept an Echoing Void or Twilight Devastation item, and now want to cleanse them because the buff’s not worth the corruption, you can still go back and do that, but you can’t un-cleanse a cleansed Corrupted item.

If you look at the changes, while Echoing Void got nerfed hard, the other changes are pretty positive if you were using a Void Ritual or Deadly Momentum item, and Avoidant is a nice change as well. I’m not veering away from saying the Echoing Void change is not just a nerf but an old school savage nerfing, but these changes will definitely make Void Ritual and Deadly Momentum a bit more attractive. I mean, double to the stat benefit for Void Ritual and the duration bonus on Deadly Momentum are both very nice. I’m not convinced that more Versatility will make Surging Vitality better, but some specs love the stat so it could definitely make it compelling for them.

So yeah, week three of patch 8.3 and yet more Corruption Effects get nerfed. Hopefully you weren’t built around Echoing Void. But take heart, there were more buffs than nerfs this time around, it’s just too bad we didn’t know that before we already cleansed our Void Ritual gear, right?

Blizzard Watch is made possible by people like you.
Please consider supporting our Patreon!
Filed Under: Corrupted Items, Corruption, Corruption Effects, Nerfs
Advertisement