The Queue: Wait, what title did I want to use? 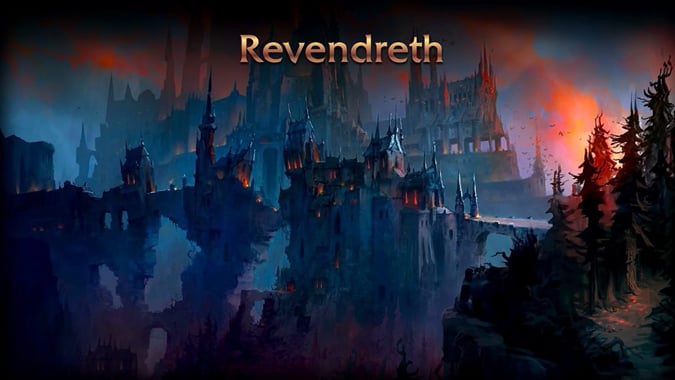 Guess who’s back, y’all?! It’s me. I’m back. Thanks to Cory for filling in for me last week. I hope you guys didn’t miss me too much. I mean, I hope you missed me a little. But not too much.

SPENCER MORGAN ASKS TWO QS, AND THEY’RE ABOUT ME!

Q4tQ: what should happen when you type ‘/Mitch’ into the chat?

Q4tQ: What is the message of the book “The Importance of being Mitch”?

First Q: Something akin to the 50/50 subreddit (NSFW), I imagine it would give you the chance of receiving an inspirational message from me, a cursed image that you’ll wish you’d never seen, or a really bad pun. There would also be a .001% chance you’ll get the Super Secret Bonus Mitch Reward.

Second Q: There is no message, but it’s still a really long read that’ll make you think.

Q4tQ: What is the absolute prettiest zone, in your opinion?

I don’t know if it’s possible for me to pick just one. So instead, I’m just going to list the zones that sprung to my mind when I read this, in the order they sprung:

Shadowmoon Valley (Warlords version), Spires of Arak at dusk (when the sky is all orange), the original Hyjal that you had to glitch into in vanilla WoW, Suramar, and Vashj’ir. Oh, and Howling Fjord (especially at dusk). Actually, Eversong Woods is very pretty too. Dang, sure are a lot of pretty zones in the game.

If I had to choose one two from the above? Suramar or Shadowmoon.

KALCHEUS BRONZEBEARD WAS RECENTLY ADOPTED BY DWARVES I GUESS:

My guess is that, yes, they go to the Shadowlands. My boring answer to the next part is that they’ll probably look however Blizz wants them to look, on a case-by-case basis. I feel like we’ll have a better idea of this answer when we see how Kael’thas looks, since he’s supposed to appear in Revendreth. He could appear in his original, Blood Elf appearance, his Wretched-like look from Magisters’ Terrace, or a brand-new look to match the San’layn-like appearance of the NPCs in Revendreth.

I’m putting my money on the third one, and I assume that’s how it will go for a lot of cases (assuming we see a lot of old faces returning). For more noble souls like Uther, for instance, I bet we’ll see him in his prime. If we were to run into Runas and he didn’t go to one of the more evil-looking Covenants? I assume he’ll look like a Nightborne.

But again, I think it’ll be on a case-by-case basis rather than a blanket rule Blizz applies to all NPCs.

BRAINSTRAIN WANTS TO KNOW HOW LONG WE’LL HAVE HORRIFIC VISIONS:

Q4TQ: Blizz has compared Horrific Visions to the Mage Tower. Do we expect this feature (and its rewards, including the Legendary cloak) to be removed in 9.0? I certainly haven’t heard Blizz say anything about this, and they were clear about the Mage Tower.

The Mage Tower was removed because it was meant to be innately challenging, even with high-level gear. It was ultimately a challenge that existed so players could say, “I did this challenge.” Given that, and given the only reward from it was cosmetic, I don’t think Horrific Visions fall into the same boat.

Visions are designed to become easier and easier each week, and they’re a source of Battle Pets, a mount, and a unique backpack appearance, either directly or indirectly via Mementos. I can’t see Blizz removing ALL of those things just for the sake of making something appear prestigious.

That said, they removed Wrathion’s cloak from Mists, and they surprise-announced the Brutosaur mount would leave at the end of BFA, so there’s always a chance. If that does happen, I expect you’ll have no trouble finding sales/carries of 5-mask, full-clear runs before expansion’s end.

Q4TQ: did Pikachu ever dabble with the power of the Old Gods?

He did, but not in our reality. Live in fear of the day it does happen for ours.

Which Celestial do you use in the Vale assaults?

I started with Yu’lon, because I thought the AOE would be fun with my Focused Azerite Beam, then I tried Xuen on my Demon Hunter and realized how much strong he was. So now my Priest uses Xuen and kicks major butt. Although I definitely don’t utilize him as much as I should.

SPENCE IS NOT TO BE CONFUSED WITH SPENCER MORGAN:

Q4tQ: I just learned about soul binding due to another queue from earlier this week. Has Blizzard given any indication of how many NPCs will be available for binding, or provided any specific NPCs as examples?

I looked into this, because I thought there might be more info out there, but best I can tell, all we know is there will be “several” per Covenant, and the two that we’ve seen are Theotar and Nadjia. I would certainly love more info on these, though!

Q4tQ: why are we killing Wrathion?

Q4tQ: why would you actually eat at McDonalds? Just… uhg.

We’re not actually killing him. It’s an illusion caused by N’Zoth, and Wrathion kind of chastises us for believing it so readily after the fight ends.

Sometimes, you’re just in the mood for McDonald’s, and nothing’s going to sate that other than eating McDonald’s. Nothing wrong with that, so long as it’s not a regular thing for you (because that’s unhealthy).

RJAGODA ASKS ABOUT THE WEATHER:

Q4Mitch: How’re you enjoying the snow?

I hate it. I always hate it.

That’s all our time today! We’re just over three weeks away from Animal Crossing: New Horizons, in case you’d forgotten.