The Queue: Assassin’s Creed Odyssey is my comfort food 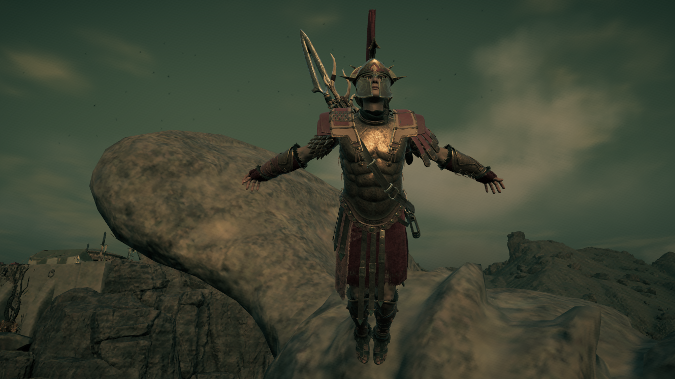 When I feel tense and irritable and I don’t want to socialize at all, which is often, I play Assassin’s Creed Odyssey. The combination of being able to climb anything, sneak up behind people and stab them to death and my love for the character of Kassandra absolutely keeps pulling me back in to a game that’s in a series I never cared about before.

I feel kind of bad for people who were diehard AC fans and who hate the series new direction and swerve into RPG elements. But for me, that swerve made a game I dearly love, so… sorry, guys. I hope the next AC is to your liking. I suspect I won’t be coming along since it won’t have Kassandra in it.

Anyway, it’s the Queue. We’re all trapped in our homes waiting for life to start up again, so until it does, let’s do the question/answer dance.

FELINAE ASKS ABOUT SELF ISOLATION
Q4RossiQ If you happened to be self-isolating for 14 days – how would you entertain yourself? What Blizzard game goals would you have if any? What else?

As a matter of fact, I am self-isolating for 14 days. My wife has symptoms and Alberta can’t test people unless they know they’ve been exposed to someone with COVID-19, so we’re just staying put and hoping we aren’t actually infected. Not much else we can do, really.

I have Diablo 3 and World of Warcraft for my Blizzard gaming needs, in addition to Assassin’s Creed Odyssey, Greedfall, The Outer Worlds, and classics like Dragon Age 2 and Kingdoms of Amalur Reckoning as well as a whole lot of books on my Kindle app to keep me occupied. Plus, I’m still working here since I’ve been writing posts from home for literally my entire career writing about Blizzard games.  So I have all you guys to interact with.

VULKAN WANTS TO KNOW ABOUT BFA CHARACTERS
Q4Rossi!: which important BfA character would you save from oblivion to take them to Shadowlands and continue his narrative development?

Depends on if you mean characters who died in Battle for Azeroth or just characters who appeared in it but might not appear in Shadowlands for a variety of reasons. If I had to choose dead characters? Rezan, the Loa of Kings. By the end of that expansion I’d have him become the new Loa of Death, eat Bwonsamdi and his new form would be an enormous Death Devilsaur, with glossy black armor over a bone white spectral appearance. I freaking love Rezan and I didn’t get nearly enough of him in Battle for Azeroth. I definitely want him to eat Bwonsamdi.

If it’s characters who didn’t die? Shandris Feathermoon. I want to see her get a major storyline where she steps up and takes the leadership role in Night Elf affairs she always should have.

“The Light can only conceive of one true path. The Void sees endless possibilities.”

The idea of “one true path” is, in my opinion, completely anathema with an ultimate “force for good”. It’s more similar to certain real-world ideologies that caused immense evil, in fact.

The idea of “multiple possibilities” seems like a far more “benign” idea. (Maybe not “endless”, but definitely “multiple”.)

Are Xe’ra and Yrel, whose latest actions were “questionable”, to say the least, possible “hints of things to come”? I can definitely see certain the actions of those two being deemed as “villainous”. But… will we ever be exposed to a “heroic” side of the Void?

It’s kind of weird to consider a fundamental cosmic force that created existence as possessing anything like morality, isn’t it? The Light is. Does it seek anything, exactly? Xe’ra, Velen, Anduin, Tirion Fordring, Calia Menethil… they are beings with minds and wills. They can want things. Does The Light really have that? Does it have a will? Does it have thoughts?

Think of weather. It brings us life giving rain, but sometimes that rain destroys our homes. We love a sunny day, but too many of them and our crops die for lack of that same rain. The Light and the Void are intrinsic, inherent parts of existence in the Warcraft cosmos — neither can really exist without the other, and yet by their very natures they are inherently in conflict. It might be more accurate to say they are inherently opposing forces, and that existence as we finite beings experience it is only possible when they are in balance.

From what we understand of The Light, it’s ultimate goal is an existential one — it seeks to be The Light, to illuminate everything. To banish all darkness, all uncertainty, to reveal the truth of all things. Within the darkness there is uncertainty, ignorance, chaos. But that doesn’t make the Void inherently evil and the Light inherently good. The Void’s uncertainty means it contains possibility, whereas once something has been revealed by The Light, only one truth remains — the very act of revealing the truth removes all the other possibilities.

To call one Good and the other Evil is to made assumptions. The Light has many qualities that resonate with us, but taken to their extreme they can be quite dangerous. Xe’ra is a perfect example of this. Everything she said to Illidan was true, she never lied, and she would have made him a champion of the Light. But the cost of the certainty she was offering him was a form of blindness — Blindness to other possibilities, blindness to the lessons learned through his life.

That doesn’t make the Void our buddies either. The Void and the Old Gods are inimical to life as we experience it. They would gleefully destroy all existence in order to render the universe down to a raw, chaotic state where nothing was true and therefore, only nothing really existed. Because the only time when all things are possible is when we have no idea what’s true.

Q4tQ: I was thinking earlier about the Heroic and Lesser visions, which do you prefer?
I actually prefer Stormwind for Heroics and Uldum for Lesser. Now I don’t have masks unlocked and I’m far behind on the talent tree thing so maybe that’s why but I get overly frustrated with the elevated paths in Orgrimmar where I get knocked off. It often times forces me to use my save sanity thing far to early and I feel like I can’t progress into other areas.
I’m hoping in a week or so I can start alts running some but I have to fill in the essence slots first because they’re missing 1 or 2 each not including rank.

I honestly don’t really like Lesser Visions at all. I feel like they’re not very rewarding for the amount of effort I have to put into them so I kind of stopped trying with those. But I’m pretty much with you on Stormwind vs Orgrimmar.

Okay, that’s the Queue for today. I’m gonna go back to leaping off of extremely tall things in my vidya games now.

Blizzard Watch is made possible by people like you.
Please consider supporting our Patreon!
Filed Under: Tag, We’re All It
Advertisement