The story of Zul’Gurub and the return of Hakkar, the real Blood God

G’huun is a johnny-come-lately. World of Warcraft had a Blood God going all the way back to vanilla, when the terrible Hakkar — whose rebirth was the focus of the Sunken Temple — made his debut as the challenging raid boss of the Zul’Gurub 20-player raid in Stranglethorn Vale.

What we know of Hakkar is very limited. We know that he is considered a Loa — even the Zandalari, who despise him, accept that he is one of that group, a spirit of corruption and death. Known as the Soulflayer, Hakkar was once summoned millennia ago, but his summoning was interrupted and he did not manage to enter this world, instead merely causing an outbreak of a Corrupted Blood plague that ravaged the nation. Thousands died, and the eternal hostility of the Zandalar was earned by the Soulflayer, but it wasn’t enough to stop him. Why? Because the Zanadlar are no longer the only game in town for Trolls and one people, the Gurubashi, were willing to make a deal with the Soulflayer.

But why would anyone work with this force of corruption, whose blood can drive Dragons into servants of the Nightmare? How is Hakkar connected to the Emerald Nightmare, that his blood should turn an Emerald Dragon as mighty as Eranikus into a servant of that force of corruption, which we now know to have been N’Zoth the whole time? Why did we adventurers make common cause with the Zandalar and raid Zul’Gurub?

As is often the case, it was the very success of the Gurubashi Trolls that led to their fallen state. 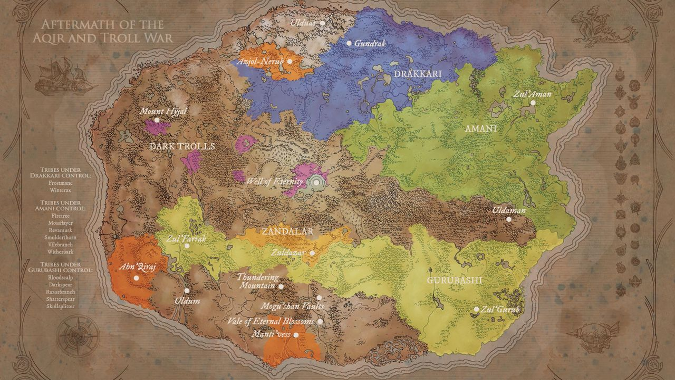 The Zandalari Trolls were in charge of Troll society as a whole before the coming of the Aqir. Really, the return of the Aqir, who had served the Old Gods before the Titans came — their return was due to a Troll who fell victim to the cursed whispers of the C’Thraxxi lord Kith’ix. The war that followed saw Troll tribes, such as the Drakkari, the Amani, and the Gurubashi, break away from Zandalar control and establish vast empires to the north and south of ancient Kalimdor. This was by design — the Zandalari encouraged tribes that had rebelled against their authority in the past to head to areas the Aqir held and claim the territory they held, extending Troll dominion across Azeroth and dealing with the Aqir in the process.

The Gurubashi spread across southern Kalimdor, eventually coming into conflict with the Aqir of Ahn’Qiraj. Indeed, it was the Gurubashi who founded Zul’Ferrak and faced off against the Aqir in AQ, adopting skirmish tactics that allowed them to pin the Aqir inside the former Titan facility and claim much of southern Kalimdor. And this lasted until the coming of the Night Elves, whose Kaldorei Empire drove them, the Drakkari, and the Amani back from any holdings they had around the Well of Eternity and established the Elves as the dominant power on Kalimdor. Furthermore, those lands that they retained were then badly ravaged by the Sundering, as ancient Kalimdor split into the islands and continents we see today. Much of what was the Gurubashi Empire ended up underwater, while the westernmost and easternmost outposts of the Gurubashi were separated by the Maelstrom and the Great Sea.

Still, the Gurubashi in what is now the Eastern Kingdoms survived, and in time established control over what is now Stranglethorn Vale, with their reach extending north to what we now called Darkshire, Elwynn Forest, Redridge and Westfall. Over thousands of years, the Gurubashi restored themselves, in an admittedly limited state, to the status of an Imperial Power, and their former capital of Zul’Gurub rose again to dominate all of the Jungle Troll tribes of the south. 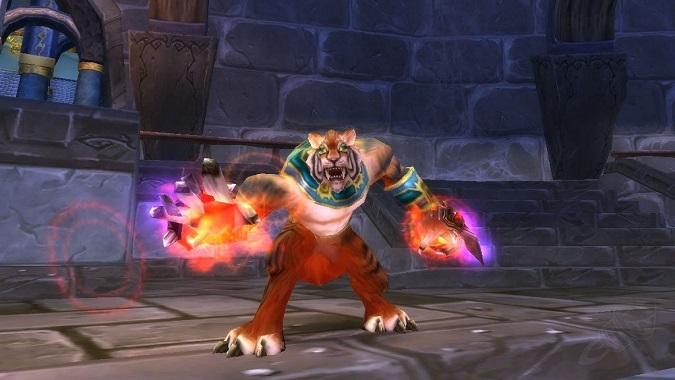 The collapse and the coming of Hakkar

After millennia, the Gurubashi had overcome the Aqir, the destruction of much of their lands, and all rivals among the tribes they controlled such as the Darkspear. But there was one rival they ultimately failed to defeat — themselves. 1500 years before the opening of the Dark Portal, the Gurubashi had watched as their northern rivals the Amani had lost much of their territory to an alliance of High Elves and Humans, and seen the establishment of the Seven Kingdoms as Humans spread across the northern and central portions of the Eastern Kingdoms. Humans were even encroaching into Gurubashi lands.

Seeing these and other challenges and struggling to hold on to their ancient empire, a group of Gurubashi priests known as the Atal’ai began delving into ancient and forbidden lore. They knew of the ancient summoning that had unleashed a Blood Plague upon the Zandalari, but believed themselves capable of succeeding where others had failed, and they turned to the worship of Hakkar, the despised Blood God of the Loa. In return for their worship, Hakkar aided the Gurubashi, arresting their slow decline, helping them to extend their power even to the nearby islands they’d been losing and halting the encroachment onto their territory. From the Gurubashi perspective, it was an ideal time.

But the Zanadalri knew the cost of Hakkar’s help. At first, it was not clear why the Gurubashi had managed to stop their decline, and the Zandalari were just relieved to see a Troll nation standing against their invaders. But as time progressed, Hakkar demanded more and more from the Gurubashi. The Blood God wanted exactly that — more blood spilled, and if the Gurubashi couldn’t spill the blood of others in conquest fast enough for their new god? He’d take theirs in sacrifice instead. The Atal’ai became his chosen priests, and the Gurubashi nation slowly became divided by civil war and conflict between tribes who were uneasy about what Hakkar would demand next. 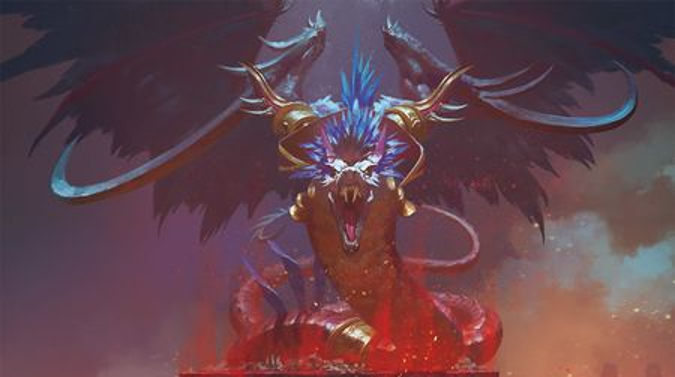 The Zandalari, seeking to stop another Blood Plague, joined forces with those Jungle Troll tribes that had decided to oppose the Atal’ai and waged war in the crumbling empire. In the end, the Gurubashi collapsed, the Atal’ai and their supporters formed a new tribe and retreated north to the swamps that would later become the Swamp of Sorrows and built a vast temple to their bloodthirsty god, the Temple of Atal’Hakkar. Zul’Gurub became a relic, held by Gurubashi loyalists and no longer capable of commanding the Jungle Trolls of Stranglethorn. This led to the Humans of Stormwind claiming much of their northern lands and even pushing into Stranglethorn itself.

As for the Temple of Atal’Hakkar, their blasphemous rites and attempts to summon Hakkar bodily into Azeroth where halted when Ysera and the Emerald Dragons caused the surrounding swamp to rise up and half-submerge the Temple, creating the Sunken Temple and killing many of Hakkar’s priests. For over a thousand years, the Soulflayer lay forgotten as the Green Dragons guarded his temple prison.

But no one counted on the extreme potency and power of Hakkar’s blood. The same blood that once killed thousands in Zandalar was now used on the very Dragons seeking to guard his tomb, infecting them and somehow transforming them into creatures of Nightmare. Considering that this same blood, when combined later with the blood of the Old God creature G’huun would create Vectus, we must speculate that Hakkar is somehow touched by the Old Gods as well, but if he is we don’t know how. What we do know is, using various servants and cats paws, Hakkar’s Avatar was summoned into the Temple of Atal’Hakkar and the Atal’ai learned that their god could be fully summoned into existence at one place alone.

Zul’Gurub, the former seat of his power. A strike by the Zanadalari ended in failure, as their own priests were turned to Hakkar’s service, forcing them to seek aid in the defeat of the Soulflayer. The Zandalari banded together with any adventurers they could find, Horde, Alliance, Troll or not in order to prevent this, and the battle lines were drawn — the Atal’ai and the Hakkari in control of Zul’Gurub, while the Zandalari and their allies fought to invade the city and prevent Hakkar’s return. This battle was the last gasp of Zul’Gurub’s relevance, the end of a collapse fifteen hundred years in the making. And while Hakkar was indeed kept from entering Azerith, the Blood God is far from dead, as would be proved later.

Blizzard Watch is made possible by people like you.
Please consider supporting our Patreon!
Filed Under: Hakkar, Hakkar The Soulflayer, ZG, Zul’gurub
Advertisement