How to win as Dancin’ Deryl in Hearthstone Battlegrounds 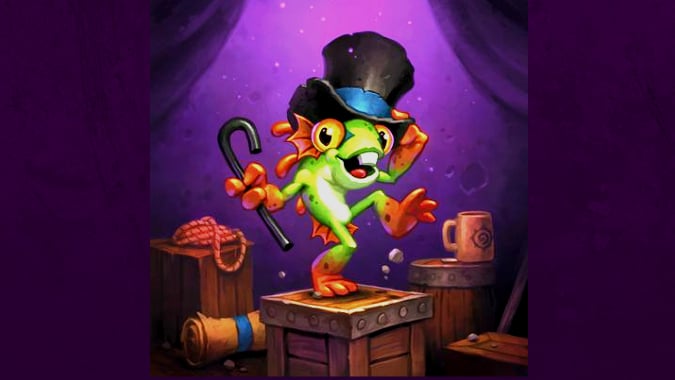 How do you win as Dancin’ Deryl in Hearthstone Battlegrounds? That, my friends, is a question that has plagued humanity since time immemorial. Or, more accurately, since November 12, 2019.

But I digress. The fact is that Deryl is one of the strongest heroes in Battlegrounds — as well as one of the most fun — if you know how to play him. If you don’t, fret not: We’re here to teach you!

The main thing you should do when playing as Deryl is to identify minions that you want to “dance” for — that is, buy and sell other minions in order to leverage the potential of Deryl’s buffing Hero Power. Every time you sell a minion, two +1/+1 buffs will be tossed, randomly, at the minions still available for purchase in Bob’s Tavern. Basically, the dance consists of buying minions other than the one you want to buff, in order to ensure that, once you sell your minions — including the ones you just bought, oftentimes — the randomness of Deryl’s power is reduced, or completely neutralized, and the minion that you picked gets most, if not all, of the buffs.

That’s the main thing you need to learn to play Deryl — but there is far more you may want to know if you want to really succeed. 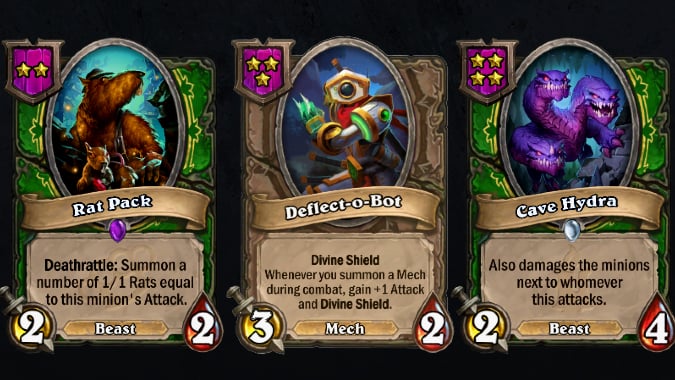 Before we hop into the dance itself, there are some specific minions you should be keeping an eye out for. In general, if a minion benefits somehow from having its attack and/or its health increased, it makes the list. Divine Shield minions are also solid. With that in mind, be on especially high alert for the following minions:

Got the list memorized? Whether or not you do, let’s talk over setting up Deryl’s Dance itself. 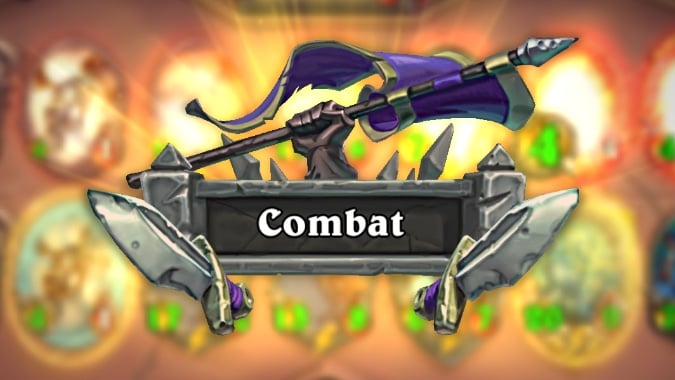 Setting up the dance

First of all, you need to look at the pool of minions to find out which is the best one to buff. If you didn’t find any of the minions from the list above, you still want to find some alternative. Preferably, a minion that gains some advantage from having its attack and/or health buffed — “scaling,” as they call it. A minion like Rat Pack generates more tokens if its attack is higher, so it scales better than a minion like Kindly Grandmother, where the token is unchanged regardless of how high its attack goes. So the former is a much better buff candidate.

Once you have that, you’ll want to follow the below steps to begin the dance setup:

So now that we’ve gotten to Turn 8 and are ready to do the dance, you’re probably wondering what Deryl’s Dance actually is. Fear not! I have you covered.

It’s just a jump to the left, and then a step to the right! Oh, you mean — no problem, I got you! Once you’ve successfully completed the setup above, you’ll want to start doing Deryl’s Dance on every turn. Here’s what you’ll be doing to complete that dance:

Memorize this pattern! Buy three, sell two, buy one, sell three, buy The One™. You can use mnemonics for this. B-S-B-S-B. 3-2-1-3-1. Whatever works for you. Starting from turn 8, you want to do the full dance whenever you can, especially if you’re offered a good minion to buff.

Just one final tip: As Deryl, re-rolling is usually bad news, and you want to avoid it. In general, it’s better to buy “bad” minions than it it to spend too much gold searching for “good” ones, and preventing yourself from dancing.