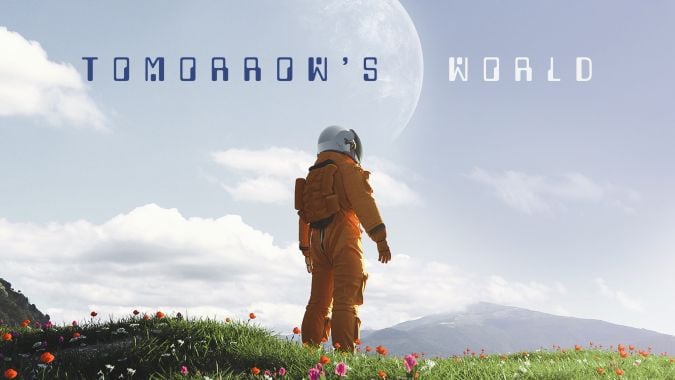 I think y’all know how much I like MUSE. If you don’t, well, I really like MUSE. That’s why, when I found out their lead singer had put out a new solo song, I was very happy. It’s slower, and it’s not necessarily my favorite type of MUSE song, but I still like it. And it hits that “new MUSE song” fix that I pretty much constantly have.

Anyhow, enough of that. We’re in Queuesville. Population: Us.

CAPTAIN ROXXII WAS IN MY 5-MINUTE WINDOW (AS WERE THE NEXT 5), SO THEY GET ANSWERS:

Q4TQ: I always get an update from Chrome whenever BW posts a new article. No matter what I’m doing at the moment, which is usually playing WoW and unclicks me from the game. Anyone know how to turn off these notification pop-ups?

Have you gone through all the usual steps to fix this sort of thing? Clearing cache, first and foremost, then all the other things like browser history and all that jazz. Also, does it happen with other browsers? I’m not as familiar with this part of the site, but I’m pretty sure you should be getting a pop-up that asks about notifications on your first visit, and selecting that you don’t want them should prevent it.

If none of that works, can you screenshot what’s happening or what you’re seeing on the main site and email it to [email protected]? That’s obviously not intended behavior, and I wanna make sure we fix it.

JALAMENOS SENT US ON A SLIGHTLY DIFFERENT PATH:

Does free will exist?

I guess the bigger question is, does it matter? Let’s say you do have free will. Great! You now know that you’re in control of your life. Everything you do is the result of your own decision. Maybe that adds pressure to make the right decisions all the time; maybe it takes it off knowing that you have the power to change course at any moment. Ultimately, will you do anything differently? If knowing you had free changes how you approach life, does that mean you were living without it before now?

Likewise, if we DON’T have free will, then who cares? Everything you’ve done or will do is written in stone, and my answer to this affects absolutely nothing about that. I was supposed to write this, and you were supposed to ask in the first place.

Ultimately, do what you do, live your life. If one outlook makes you less stressed or is easier to cope with on an existential level, follow that. Just don’t let it cause anyone else harm in the process.

KALCHEUS THE FLUFFY GOT US BACK ONTO WOW THINGS:

Q4tQ What did you think of the new Covenant options posted today?

I only really looked at the Priest ones, but I found myself a bit conflicted. It’s cool to see the sort of variety we’re seeing, especially with the Night Fae ones, but the Priest Night Fae abilities feel incredibly utility-based. And while I LOVE the idea of bringing back utility/hybridization to Priests, I’m worried that they’ll fall into one of two extremes: They’re so strong for groups that Priests need to take them, or they don’t make enough of a difference to really matter.

It’ll come down to balancing, but I kind of like these sorts of passive, utility effects to be baseline. If they’re baseline, they don’t have to be strong enough to appeal over three other options, but they’re still nice enough to appreciate having a Priest in the group.

Honestly, I’m still conflicted about Covenant abilities overall. I like when choices matter, I do. But it still feels like they’ll be a nightmare to balance. Part of me wants Blizzard to give us abilities that all effectively do the same thing but LOOK different, part of me wants to say h*ck with it and do what’s best for the immersion, balance be danged.

If a tree falls in a forest and no one hears it does it make a sound?

RECLUSIVECREATION BRINGS US (ALMOST) TO THE END OF THESE:

Q4tQ: Was that comment a good idea, considering the amount of “dumb questions” there are, and the likeliness of people here who would ask them?

For real, though, it did help. And I’m including a couple extra questions beyond the norm today if you don’t like silly questions.

Also, please ask questions. It’s been a bit harder lately to fill these Queues, and I genuinely DO want to provide y’all with content!

QftQ: What would a Blizzard Watch MMO be like

Well, I imagine each of us writers would be some degree of major lore character. Obviously, the Editors would be the most important ones. Obviously.

Our regular articles (Breakfast Topics, The Queue, Know Your Lore, etc.) would make up the major cities. Other articles would make up quest hubs. The players would be the commenters, and they’d inhabit various locations, depending on how popular a hub/article is. The Queue would have a lot of regulars, then everywhere else would have tons of non-regulars that wondered what was up with “that Queue place.”

Our Twitter posts would be like General Chat, and any comments we report (on the site or just negative ones on TW/FB) would be Trade Chat.

I would lead a cult from the shadows.

Q4tQ: Would you prefer class changes on alpha as they are now, were each patch all of them get minor to moderate updates, or for Blizz to focus on just one class and make a whole bunch of major fixes before moving onto the next class?

I’d prefer early alpha bring us major changes for all classes, then minor adjustments be made throughout, on a case-by-case basis. If — and that’s a big if — a class just isn’t working, give it another overhaul before launch. I definitely don’t think it should be a one-class-at-a-time thing, because that effectively sidelines a majority of players. Plus, it’s a lot harder to get a full picture of how the expansion is shaping up if one 2 classes are “done.” You might make it 11 of 12 perfectly fine and then find the way you’ve designed the 12th class upends everything else.

No, it’s much better overall to have every class changing alongside one another. You get more valuable data that way, and you encourage a larger testing pool. Plus, it prevents players from thinking their testing it pointless while they wait for their class to be updated.

Q4TQ: what is the worst pokemon name?

My vote goes for Feraligatr

I don’t know enough names off the top of my head without looking them up, but my votes go to Heatmor or Skiddo.

KALCHEUS THE FLUFFY CLOSES US OUT:

Q4tQ What do you think of this solution for the Covenant-swapping concern: you can swap Covenant whenever you want, but the abilities granted by the Covenant go on an immediate 24-hr real time CD. This way, those who want to switch for story purposes aren’t inconvenienced, and it’ll largely dissuade Covenant-swapping* by min-maxers and reduce gatekeeping since it’s unlikely one Covenant will be most beneficial for a class spec in all situations.

I guess it depends on the eventual mechanic that will allow us to switch Covenants. Right now, as far as I know, we just know that it’ll be easier to leave one, but hard to come back to it once you’ve left. If you’re swapping for story, I imagine it’ll happen, what, once? And that’s assuming you start with the same one you wanna end with.

As for min/maxers, from the sounds of it, it’s not like they’ll be able to swap on the fly anyhow. Even if it does take, like, an hour or two to swap, that doesn’t mean raiders will be able to do it between pulls. And in that case, would a 24-hour cooldown really make a difference? They’d still find a way to min/max around the cooldown, but the rest of players would just be left wondering why the heck they can’t use their new button for a full day.

Again, it’s not an easy thing, but I don’t necessarily think Blizz should balance around min/maxers, especially not if the answer is something like a full day of not using a signature part of Covenants. Make it inconvenient, but not overly restrictive.

Blizzard Watch is made possible by people like you.
Please consider supporting our Patreon!
Filed Under: Matt Bellamy, MUSE, Tomorrow’s World Single
Advertisement