With each World of Warcraft expansion, there are stages the game goes through, from the mystery of what will be until the time it launches. This is sort of true of an any game, Blizzard or otherwise, but the WoW expansions carry with them this cycle of predictability, as they are an ongoing game. As we move forward toward Shadowlands, we are in the middle of this process, biding time, watching (or avoiding) news. Different people enjoy different stages of this development. Here they are as I see them.

Stage One is the pre-announcement. This is when information “leaks.” People have inside dirt of what is going to be revealed. All that other news is fake, but this revelation — this is the real deal. In this stage, posters flex their imagination and showcase what people want to hear. Then they are met with angry responses about how they are wrong. Occasionally, real info is mixed in to this sea of information, but the waters are so muddy, it’s hard to tell the truth from the fan fiction.

Stage Two is the actual reveal from Blizzard. Most often this is at BlizzCon. Now the truth is out there. The crowds can go wild with excitement — or be disappointed that the next two years of the game are not the direction they wanted it to go. Panels, screenshots, concept art! A lot of information is given, and WoW is revitalized, with a whole future ahead of it. Follow up interviews will clarify points. News sites, YouTubers, and bloggers will have material for weeks. And then there will be little to talk about for months. 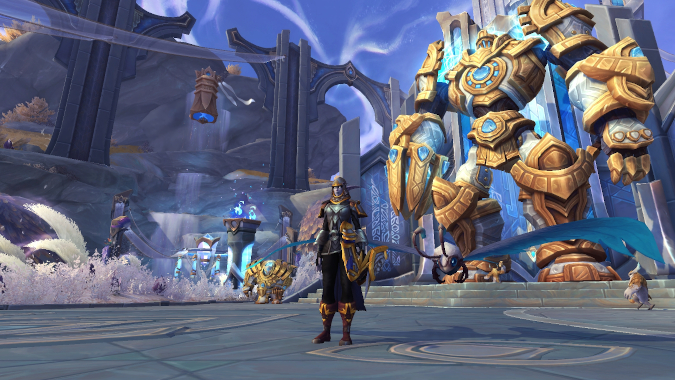 Stage Three is the alpha, the stage Shadowlands is in now. This is a lot of data, real info. Build after build is deployed. This is the first time a lot of people have their hands on the game at home. They can really try the new mechanics, the class changes, and what the new expansion is truly about. Everything, from the profession recipes to the lore spoilers, are there. However, it is in the hands of the vocal minority. Blizzard employees, friends, and families. Those who write about the game, those that share the content with audience. The fewest that will reach the most people.

Stage Four is the beta. This grows the audience bigger and bigger. All the content is there, there are no more surprises. This just allows more players in. Testing server capacity, and presumably, the more people experiencing it, the more bugs that are likely to pop up.

Stage Five is the pre-patch. This changes the game for everyone. The world is different. This is when Undead raid the capital cities or Theramore is bombed. Dwarves can be Shaman. Demons assault areas throughout Azeroth. No matter who you are, or if you bought the next expansion, things are changing, and you can participate.

Stage Six is the final stage, the expansion launches. Players return. Wait times on some servers grow towards infinite. Characters are no longer max level. The newest zones are there, and all the new content is available — assuming you paid for the new expansion. Otherwise, what once was the newest is now old content.

What is your favorite part in this whole process? Do you like the “leaked expansions” better than the real thing, or do you wish people wouldn’t do that? Would you prefer a shorter beta period, or do you focus on that and PTR more than the real game?

Blizzard Watch is made possible by people like you.
Please consider supporting our Patreon!
Filed Under: Alpha, Beta, Shadowlands, Warcraft, WoW
Advertisement