The Queue: I cannot stop laughing. 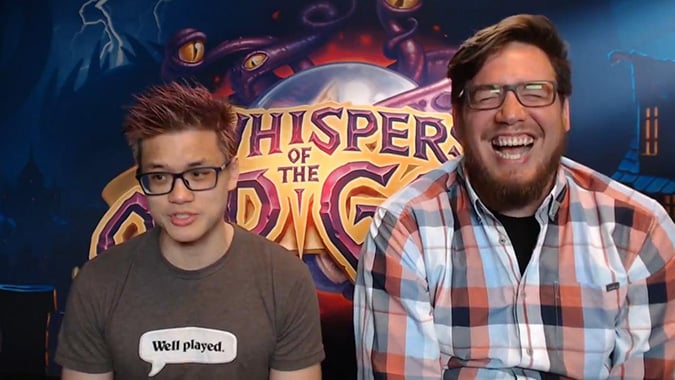 Since my daughter started school, I moved from using a year-to-year day planner to a school year planner, so it rolls over at the end of June instead of in January. As such, I need to get a new one, and I’m just floored by how simultaneously optimistic and useless that seems. Day planner. Right.

This is The Queue, and I’ve penciled you in to ask questions we’ll answer.

Q4tQ: So Blizzard has been pretty consistent with their Shadowlands preview articles, dropping one roughly every fortnight. But except for the Maw, we’re out of zones. Do you think we’ll get a Maw preview this week, or do you think we’ll get something (or nothing) else?

As someone who’s playing in the alpha, beyond The Maw (which, based on previous alpha cycles is probably toward the end) the stuff I’m mostly missing are the transitions. We fight the Maldraxxians in Bastion, but after Bastion there’s this bit where we go talk to the Arbiter — or the Arbiter’s speaker, or whatever. The Arbiter won’t talk to us, so there’s no real reason given for us to hit up Maldraxxus. When the Maldraxxus storyline starts, it does so abruptly. Even without whatever intro cinematic there may be, it’s almost like starting a new character in terms of “hey, you’re here — pick up a weapon and get killing.” You could do it completely out of order without sacrificing much narrative. In fact, that’s exactly what the people in alpha did!

I will say that there may be more info at the very ends of zones. Every character I’ve taken through has bugged out and is now irretrievable just before completing the very end, with the exception of Bastion, so it’s possible I’m just missing the reason we went from Ardenweald to Revendreth. Maybe there is no reason beyond “hey if Bastion is jacked up these other zones probably are too, and we can’t go over there, so…”

I’d expect Ion’s systems minipanel will be rescheduled soon though, so we can get our grimy hands on whatever he planned on discussing.

There is a yellowjacket nest in between the window panes of the half-open window where our A/C unit is in our bedroom on the second story, and I have no idea what to do about it. There’s no good way to spray it from either inside or outside, and I don’t want to use broad spectrum pesticides anyway because we have a lot of other cool bugs hanging out around the house I want to encourage. I also really don’t want to call an exterminator for one little nest. So, occasional wasps it is.

Don’t get me started on the bugs that’ve started coming inside expressly for the A/C now that it’s really hot out. blerg.

Q4tQ: is there anything you WISH Blizzard would retcon?

For me, it would be the super-long-lived races. No more races that can live for thousands of years.

I’d make Nelves, Belves, Draenei and whatever else have longer than normal lifespans, but they wouldn’t live past, say, 300.

Are we talking, “this is kind of a weak narrative device that will cause issues later,” like a lot of the wishy-washy lore surrounding the time traveling abilities of the Bronze Dragonflight, or more like, “I wish they would stop making the culture of native peoples into costumes for Tauren,” because either way I really don’t have the time to moderate the comments today. I will, but I don’t wanna.

There’s a lot of stuff in the game world as a whole that is so deeply ingrained that I don’t feel like it can be changed without completely trashing the entire world (of Warcraft), even possibly including the Tauren thing, and I don’t envy someone the task of trying to unravel it. In a 25-year old franchise there’s some stuff that’s now tone deaf at best, and it’s important to acknowledge both the longevity of the game and the cultural evolution we’ve undertaken in those years in one breath. I feel like they kind of tried to level up some of that older narrative with the Zandalari arcs, but even though Rastakhan got that great line about Dazar’alor being a city of gold while the rest of the races of Azeroth were crawling in the dirt, some of them also ended up ushering in a magical ritualistic blood cult. Two steps forward, one step back.

But for the sake of brevity and my to-do list, let’s go with the Bronze thing. They really need to codify their time travel rules a little better. Who was trying to kill Chromie, anyway? Hmm! It’s a dilly of a pickle.

Q4tQ: If you were a wizard, what would your color be? I’d be Kalcheus the Emerald.

If it’s just a color I like, probably blue. If we’re talking something like Wheel of Time, where your color determines what kind of wizard you are, it really depends. I’d probably be a Brown in Wheel of Time, because accumulating knowledge and disseminating it is kind of my thing, but that would obviously change from mythos to mythos.

Q4tQ: Are you excited about the Steam Summer Sale due later this week?

I wouldn’t exactly say excited, per se, just more… preparing, I guess. I have a separate account I use for both business expenses and discretionary spending — as a games writer and streamer who puts her face on camera the two frequently dovetail — and I’ve left it mostly untouched for the past couple months. At this point I’m almost out of both foundation and setting powder and there are a couple of new and new-to-me products I’m dying to try — also, a day planner — but I’m just sitting on my credit card until the Summer Sale is over. Having more games to make more content trumps replacing my fake lashes, even though they’re looking real ratty and I want to try some magnetic ones.

I have nearly 200 games wishlisted waiting on good deals. Please, just take my money so I can go about my life.