The Queue: It’s too hot 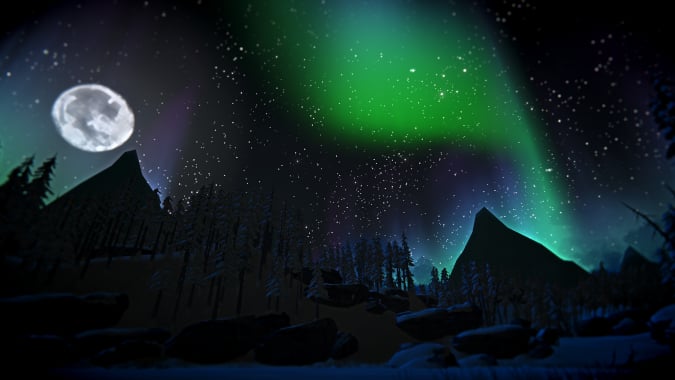 I tend to intentionally consume content that revolves around being cold — or even just definitely not hot — during the summer months. I read a lot of gothic horror, and I play games that revolve around not freezing to death. Unsurprisingly, summer’s when I usually find time to grind Wintersaber rep and the like, too. Coincidence, I’m sure.

This is The Queue, where you ask us questions and we answer — after chugging some maple syrup, eh.

Another QftQ: Given both the advances in phasing tech and the Classic WoW ability to run old content, what current visuals would you like to see go away or be replaced in the experience? I came on board in late MoP, and I am to sick unto boredom of Cataclysm visuals.

This is less being disappointed with the ‘old’ and more being completely in love with the new, but I want the new water effects from Bastion and Ardenweald to be everywhere there’s somewhat clear water. Not places like the blighted areas of Eastern Plaguelands, for instance, but everywhere else would be great. The shifting glimmers of aqua and yellow-orange are gorgeous and very evocative of rushing water. The new dripping animation seems almost cartoony, but in the way WoW usually is… it’s suggestive of real life, and I may be planning on spending a ton of time in Bastion and Ardenweald solely to chase waterfalls. I wish they’d add it to the rivers and lakes that we’re used to, is all.

Q4tQ Are you excited about the Long Dark’s monthlong event?

Yes and no! I love the idea of the event and I’m excited to play it, but I’ve survived in my current sandbox has over 250 days. As such, I don’t really want to risk that survivor to the cold temps, and I don’t know that I want to go traipsing back into the more dangerous areas I’ve looted already in search of maple syrup. As such, I’ll roll a new sandbox, but at the same time it feels a little silly to play any other save at this point. It will be fun to go back into the early game looting phase instead of the expanse of mid-game I’ve been in on that save for months, though.

I will say though that my interest tends to be streaky, and right now I’m invested in Fallout 4, so I’ll probably forget until the last minute and then try to shove it all in. I missed the last 2 days of the Long Dark‘s Halloween event this year because they were during BlizzCon, so I missed those achievements, so I don’t feel too terrible if I don’t 100% it.

Is there not a digital deluxe version of Diablo III that comes with the collector’s edition’s in-game items? StarCraft II didn’t have one at launch but they added it later, and I assumed Diablo III would follow suite.

Nope, and yeah, I agree that’s weird. The only purchasing options available for Diablo 3 are bundles… you can get the base game, the base game plus the Reaper of Souls expansion, or the basegame plus RoS and the Necromancer pack. If you just look at the perks it seems like the last, most expensive pack has the items you’d expect from a digital deluxe, but the pet, wings, and other cosmetics are a part of the stand-alone Necromancer pack as well.

As I recall, the original not-digital deluxe items were also time-sensitive in an attempt to encourage pre-ordering so perhaps that’s why they’re not available today, but… yuck.

See y’all in July! What’s your bet for the disaster that overtakes us next month?