In Patch 8.3, we finally get a legendary item to upgrade and help us out. Because Wrathion is a one-trick pony, it’s a legendary cloak. Because Blizzard loves complicated names, it’s called Ashjra’kamas, Shroud of Resolve. No, we don’t know how to pronounce it either.

But hey, unpronounceable repeats aside, getting the cloak takes a little legwork and there is a process to making your cloak more powerful while running patch 8.3’s new content. We’re here with everything you’ll want to know about the latest legendary and, more importantly, just how you’ll upgrade it. 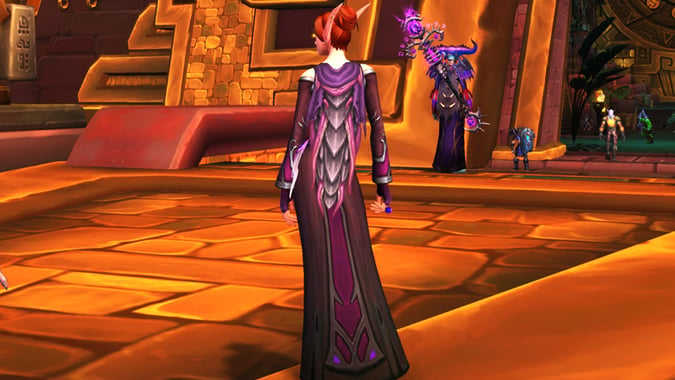 How to get your cloak

You won’t have to go searching for it, because the introductory quest for patch 8.3 will hand it to you at the end of the quest chain. It’s pretty involved, between 1.5 and 2 hours according to Wowhead, but it also goes over and unlocks all the new systems and mechanics in the patch: Titan Assaults, Horrific Visions, cleansing gear of Corruption, and even the new Essences. When you log in, you’ll get a pop-up for the quest. Alliance will want to head to Stormwind to speak with King Anduin Wrynn for An Unwelcome Advisor, while Horde will head to the Great Seal in Zuldazar to speak with Valeera Sanguinar for Return of the Black Prince.

Starting the quest chain requires having Nazjatar and Azerite Essences unlocked. If you’re on a fresh 120 character, Wowhead has a list of exactly what you need to get there. After you get your cloak, you need to go into the Horrific Visions scenario to collect items to upgrade it. Entering Horrific Visions requires collecting a new currency called Coalescing Visions which you can get from Titan Assaults, dailies, and Mini-Visions. Wowhead has a guide to collecting and farming Coalescing Visions. 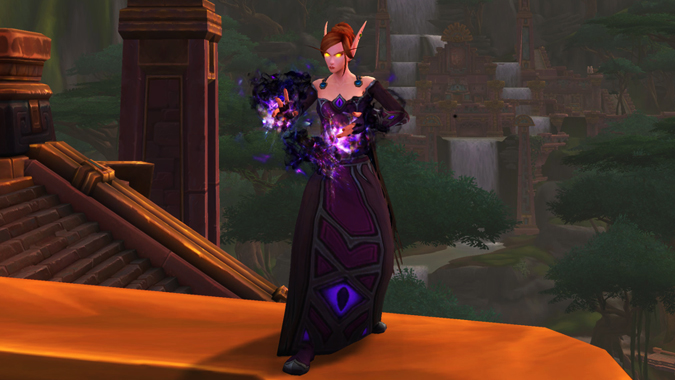 How to level up your cloak

You upgrade your cloak each week by completing objectives in Horrific Visions. Each upgrade rank has a quest from Wrathion for certain items, which in turn awards you a core used to physically upgrade your cloak. Using the cores on your cloak will upgrade it by one rank per core. The quest items differ depending on what rank your cloak is at. After you complete the necessary objectives for your upgrade, the quest items can be looted from the chest at the end of the Vision.

The main thing you want to be concerned with is completing the appropriate objective in the Horrific Visions before you lose all your sanity and die. If you fail to complete them, then you lose your chance for a cloak upgrade in that run.

How to upgrade each rank: 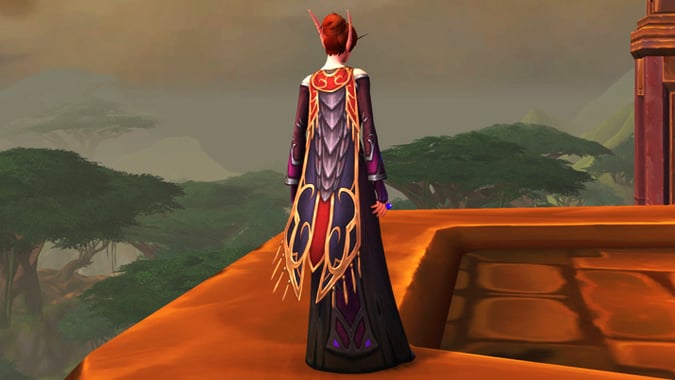 Catch-ups make it easier to upgrade

We’re getting to that point in the expansion where cutting edge content is no longer a concern and power gains necessitate catch-ups to stay engaged. Time-gated and capped content loses relevance and becomes a punishing trek. Luckily for returning players, players who have fallen behind, or even your army of alts, the cloak is easier to upgrade so you can spend more time playing and less time waiting.

Upgrade requirements were nerfed, reducing the amount of pages needed to upgrade each rank. Previously, higher level upgrades required multiple runs through Horrific Visions. Now you can get an upgrade per run if you complete the relevant objectives.

That’s well and dandy, until you hit rank 15 and are still far behind the maximum Corruption Resistance. There are two adjustments for this. First, you can get two “free” upgrades via Malefic Cores by killing N’Zoth and completing a full Horrific Vision. Previously players were capped at one per week. Second, if you’re dedicated, you can grind yourself straight to the upgrade cap. Players can purchase as many Malefic Cores as they want — up to the current week’s Corruption Resistance cap — from MOTHER for 2000 Echoes of Ny’alotha.

Upgrading your cloak doesn’t just give it a static stat increase. Ashjra’kamas gives you two powerful effects as well as different transmog appearances while you’re upgrading it to full power. At rank 6, you get Steadfast Resolve, an on-use ability with a 3 minute cooldown. It dispels any effects of N’Zoth’s Corruption and also makes you immune to Corruption effects for another 6 seconds. This affects things like Grasping Tendrils, Eye of Corruption, Grand Delusions, and Inevitable Doom. At rank 12, you get another ability — Draconic Empowerment — which gives you a proc-based boost to your primary stat for 15 seconds.

At ranks 5 and 12, you get visual upgrades to the cloak. It starts with a tentacle theme at rank 1, upgrading to a larger version with red and gold at rank 5, and giving you the final appearance of cosmic blue and gold at rank 12. 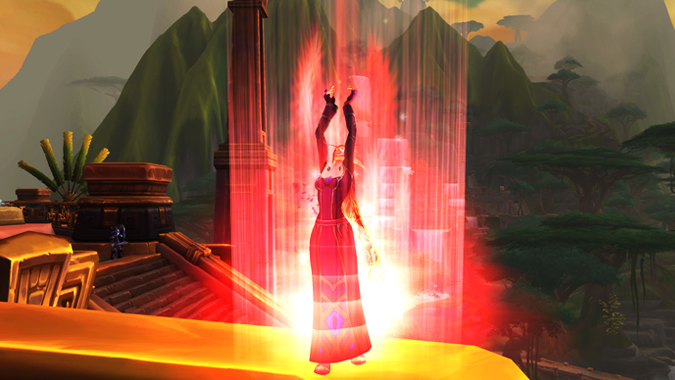 It’s mandatory, but also worth it

If you’re raiding at all, you need the cloak. You can’t even do N’Zoth in LFR without it. However, even if you weren’t forced to wear this, you’ll want to. The cloak directly facilitates the end-of-expansion power gain. And any gear progression requires higher cloak levels to offset the Corruption — unless you just like making your friends miserable. The new targeted Corrupted gear lets you upgrade your gear to become more powerful, and higher cloak levels will let you stack more and more Corruption. More upgrades means you benefit from the positive effects while being able to do away with the negative debuffs.

Whatever you do, you’ll want to at least upgrade your cloak a few times because, hey, it’s a good power increase. How far you go is up to you, and there’s no requirement that you have to max out the ranks. You can run several Horrific Visions a week with an hour or two of work. Wowhead has a great post about optimizing your playtime based on your schedule in order to make the upgrade process a little easier.